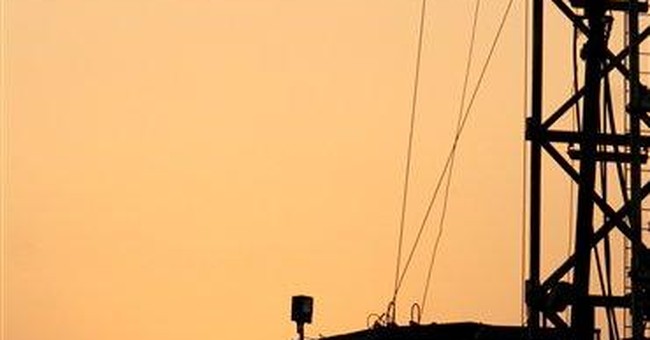 Every few years since the mid-1970s, it seems, the United States undergoes an “energy crisis.” With crude oil up nearly 100 percent over the past year, and gasoline and diesel prices hitting new highs every week, the usual finger pointing is underway.

Some members of Congress, as well as the Democratic presidential candidate, Sen. Barack Obama, want to hike taxes on “greedy” oil and gas companies and repeal existing production incentives in order to subsidize energy use by America’s low-income households while President Bush and other heads-of-state travel to the Middle East and request that OPEC members increase output. Meanwhile, a growing chorus of environmentalists claims that we can secure all the BTUs we need through a combination of conservation and alternative energy sources like ethanol, wind and solar—though they’re not yet ready to embrace nuclear.

To make matters worse, we hear more and more babble about “peak oil,” the notion that the planet has reached some technological limit on the amount of petroleum and natural gas that can be extracted from the Earth. This is sheer nonsense. The world has an ample inventory of fossil fuels, including more than 40 years of proven oil and 60 years of proven natural gas. And a sizeable portion of those reserves is located right off the coast of Florida. According to recent news reports, the Energy Information Administration estimates that 16 billion barrels lie off Florida's coast alone, with other estimates going as high as 21 billion barrels.[1]

But right now, most of this available domestic energy—new supplies that could reduce imports, strengthen national security, and help restrain price increases—is off limits. Since an oil spill nearly 40 years ago, California severely restricts new drilling even though an estimated 11 billion barrels of recoverable oil lie just off its coast. Similarly, the Federal government prohibits drilling for an estimated 5.6 to 16 billion barrels of oil in the Alaskan National Wildlife Refuge (ANWR). Drilling is also banned on 85 percent of the U.S. outer continental shelf which is estimated to hold 420 trillion cubic feet of natural gas.

Recently on the campaign trail Republican Presidential Candidate, Sen. John McCain promoted lifting the federal ban on offshore drilling. Florida’s Governor Charlie Crist endorsed McCain’s plan as a way to reduce high energy prices. We need to listen to McCain and Crist. It’s time to stop beating up on “big oil” and begging OPEC to further open the spigot. We need to craft “market-based” domestic energy policies that stimulate, rather than stifle, new production of oil and gas. Conservation and alternative fuels have their place, but they can’t constitute the core of a comprehensive U.S. energy development strategy. Biofuels, wind generators and solar panels comprise less than two percent of global energy production and only about one percent in the U.S.

Despite what we often read and hear, America’s businesses and households are not energy hogs. In fact, we have one of the most energy efficient economies in the world, utilizing fewer than half the BTUs per dollar of output than was the case thirty years ago.

The good news is that the American public may be savvier than our politicians. A recent Gallup poll found that only 20 percent of those surveyed blamed oil company profiteering for $4-a-gallon gasoline. Instead, respondents cited our overdependence on foreign oil, the shrinking dollar, and commodity futures speculation as the principal factors for the latest energy crisis.

We can’t produce more domestic energy by bashing the oil and gas industry and keeping our most promising new sources off limits. It’s time for both parties, and both presidential candidates, to acknowledge that America’s energy industry isn’t the problem. It’s the solution.