Bernard L. Weinstein is director of the Center for Economic Development and Research and a professor of applied economics at the University of North Texas in Denton. The Center was established in 1989 to provide economic analysis and consulting services to university constituents in the private, non-profit, and public sectors. He also serves as director of the Institute of Applied Economics, which offers masters degree programs in economic development.

Dr. Weinstein studied public administration at Dartmouth College and received his B.A. in 1963. After a year of study at the London School of Economics and Political Science, he began graduate work in economics at Columbia University, receiving an M.A. in 1966 and a Ph.D. in 1973.

He has taught at Rensselaer Polytechnic Institute, the State University of New York, the University of Texas at Dallas, and Southern Methodist University. He has been a research associate with the Tax Foundation in Washington, D.C., and the Gray Institute in Beaumont, Texas. He has worked for several U.S. government agencies including the President’s Commission on School Finance, the Internal Revenue Service, and the Federal Trade Commission. 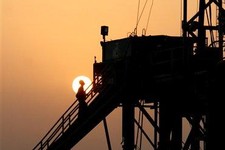