The Foolishness of Never Trumpers

Bruce Bialosky
|
Posted: Jul 09, 2017 12:01 AM
Share   Tweet
The opinions expressed by columnists are their own and do not necessarily represent the views of Townhall.com. 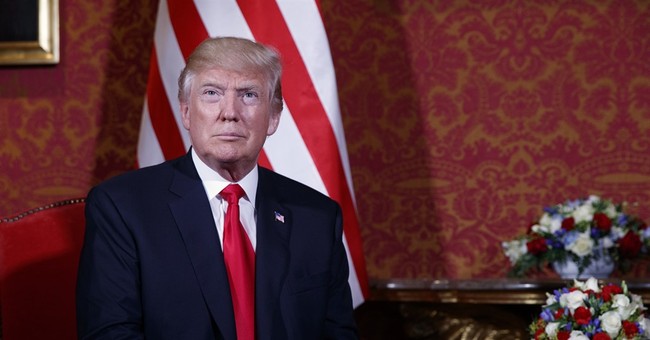 Note: On January 22, 2017 I wrote a column that made clear that the claim 17 intelligence agencies agreed that Russia was responsible for the interference in the election was a lie. Last week, both the NYT and AP retracted their statements and stated only three intelligence agencies were involved in the issue. Only the NSA, FBI and the CIA were involved. Nice to know the Coast Guard was protecting our coast and not reviewing Hillary’s emails.

You might have thought that once the election was over that the Never Trumpers would have wised up and at least have abided by the old rule, “If you cannot say something nice, then don’t say anything at all.” It seems that at least some of them have not wised up at all and realized they are enabling their own political adversaries by besmirching a Republican president.

Their misguided thinking was recently exemplified by Jonah Goldberg, one of the leaders of the Never Trump movement. On May 26th, Goldberg wrote (in his stream of consciousness published by National Review every Friday): “I have no problem with the President firing Jim Comey. I have no objection, in principle, to Trump declassifying information. I loved his counterprogramming to the White House Correspondents’ Dinner. But the way Trump does these things and so many others is counterproductive precisely because he doesn’t know how to do them to his advantage — and that’s because he doesn’t know where the lines are. The Invisi-Fences are like the security lasers in some ridiculous heist movie. Every time Trump crosses one, he gets cut and bleeds a little more political capital, in part because his missteps undercut his image as a mastermind who thinks six steps ahead.”

Jonah, don’t you get it? It is not the manner he does it, it is that he does it, period. Goldberg apparently is unaware of the Left-Right Principle. If Trump says left, they will say right. If he says blue, they will say red. They hate him and they hate what Republicans and Conservatives stand for. They feel (and I use that word precisely) that after eight years of Obama they have a birthright to lurch this country toward socialism, single-payer health insurance and confiscation of all guns owned by citizens. Trump by any other name (Kasich, Rubio, Bush) would get similar treatment, just with a little different coloring.

Bret Stephens, another wiser than we are Never Trumper, left the Wall Street Journal to become the House Republican (and I use that as a variation of a historical phrase) at the New York Times. The only reason the NYT hired him was because of his “enlightened” view on Trump. Sure, his first NYT column spoke the truth about “Climate Change, formerly Global Warming” and set the Left off on a rampage, but let’s see where you are a year from now. We will see whether you have actually educated one person at your new publication on the error of their Leftist thinking or whether you have blended into the woodwork there as another indiscernible voice attacking free market economics.

Let’s see if you can convince your fellow NYTers that their endorsement of open border immigration is a racist policy against particularly the Black Community and also the Hispanic Community by undercutting their earnings potential with cheap foreign labor. Or let’s see if he can convince them that Trump’s push to get our NATO partners to live up to their financial commitments benefits the constituencies for whom they think they speak. The Left attacked Trump for not giving a separate endorsement of Article 5 of the NATO Charter though he thanked the members for invoking it in defense of the U.S. Separately, they did not clamor for the 23 NATO members who are actually violating the charter by not keeping their financial commitments which drains the U.S. treasury at the expense of U.S. citizens receiving services the Left hails as mandatory.

One of my favorite statements from the Never Trumpers is that Trump is not really a conservative. This is after his successful appointment of Neil Gorsuch, his nomination of many other judges who have not been questioned as to their conservative credentials and enacting what some believe is the single most conservative cabinet in U.S. history. Just by appointing Scott Pruitt at EPA, Betsy DeVos at the Education Department and Scott Gottlieb at the FDA -- not to mention Ajit Pai at the FCC -- is enough to warm the hearts of any Republican. His constant campaigning for Republican candidates and the victories has no effect on the Never Trumpers. His tax proposal and move to dismantle Obamacare does not mollify them. His moves at the border causing the reduction of illegal entries does not seemingly encourage them. None of these have given solace to the Never Trumpers.

Sure, you can point to stupid proposals like the $25 billion for family leave which will grow into $150 billion once the Lefties get their hands on it. But every president does stupid policies, for example Nixon and the EPA. But our job is to put a stop to such folly and march forward. Yes, you can criticize Trump. That is not what we are saying.

If the Never Trumpers were paying attention, they would be reading the attacks on Vice President Pence. In the Left’s dream scenario, Trump will either resign or be impeached. They are already softening the ground that Pence walks on with attacks on him. If there ever was proof positive that it isn’t Trump, Google Pence and read the multitude of columns attacking the possibility of him being president.

The Never Trumpers would also be watching the press. The Project Veritas video of John Bonifield from CNN was revealing, but not surprising. It was great that the fools who did not know the press was whipping up an Anti-Trump fervor to line their own pockets despite having no factual support were finally educated to such. Never Trumpers, you are enabling them.

The Democrats have taken a complete obstructionist position against Trump. They have stirred up a fictitious scandal over an imaginary collusion with a nation they bear hugged for years. They are in the clutches of the Sanders-Warren Socialist minority of their own party. Unless we unite behind Trump and the Republican Congress, the Obama years will seem moderate in comparison to the policies they will be promulgating.

We all have a choice. You are either for progressing a centrist government that allows Americans the traditional freedoms that have made this country the greatest in human history, or you are with the other team. Take your choice, Never Trumpers.