The Jewish Joy of Christmas Services 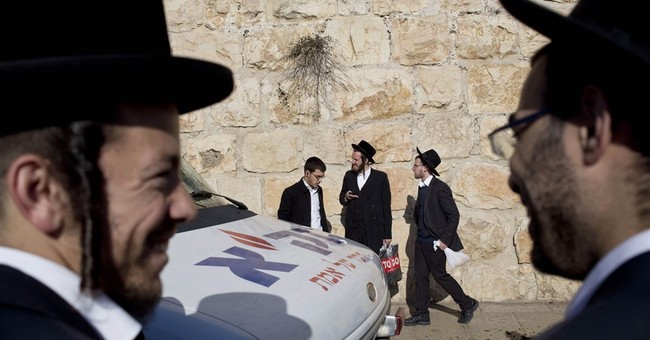 Then came the dilemma – which services to attend. Of course, there are the more traditional Catholic services. I considered the myriad of other Protestant versions of Christianity. I knew that whichever service I chose that would be my lasting impression. When I was at the home of long-time friends the day after Christmas last year, they informed me that they have services on December 23rd. I thought that was odd, but it works for me. I now have two services to attend and can get a comparative perspective. Let’s go.

We were joining our family friends, so my wife together with our son (Darling Daughter stayed nestled in her warm apartment) made the trek to Orange County from Los Angeles. We met our friends at Mariners Church in Irvine, CA. Mariners is a non-denominational, Evangelical Christian Church that was founded 50 years ago. This is not a church that stands on tradition and you get the informality on their website when you see the Pastors (there are four Orange County locations) in short sleeve, open-collared shirts. We were told that the dress was informal, but that did not mean the commitment to their religion was informal.

We walked through the threshold into a beautifully adorned amphitheater packed with nearly 3,000 congregants. The stage was filled with a dozen singers and musicians and a 40-person choir. This was a modern-day observance of Christmas with large screens displaying videos enhancing the message. All the people on the stage were dressed casually and other than a few string instruments there appeared to be rock band on stage in both look and sound.

Then they launched into a rousing interpretation of O Holy Night, one of the more religious traditional songs of Christmas, which was written in French in 1847 and translated to English in 1855. This is one Christmas Carol that dictates the singer having a magnificent voice and the young lady carried the song well.

We were struck with why we were here. Though we had spent our entire lives in a country that treats Christmas as a special event, we never experienced what Christians truly thought about

this most auspicious holiday. It was very akin to trying to understand Jews without attending a Passover Seder. We have had many gentiles at our home for Passover and they leave with a greater love for Jews. Just listening to the music or enjoying the Christmas lights did not open us to the true joy that Christians experience with the celebration of Christmas.

When we left we didn’t feel any less Jewish. We felt a greater love for our Christian friends and the meaning of Christmas. You know what? This is a good thing. In this world which often seems unhinged in many ways, isn’t that a wonderful thing? I am not meaning to launch into a Rodney King rant of “Can’t we just all get along,” but it appears the special message of Christmas is God loves us all and that can’t be a bad thing.

For the Christmas Eve service I chose First Congregational Church (FCC) in the downtown area of Los Angeles. My friends had attended the service many times, which starts at 11:00. FCC is a non-affiliated Protestant church. The Church is a more traditional structure and the senior Minister is pictured in a typical clergy robe on the website.

As you drive toward the church from a far distance, you can see it bathed in blue light. The church was built 150 years ago which in Los Angeles years is three millenniums. Once I entered the church it was akin to those 500 or so churches my wife and I have visited all over the world – the high majestic ceiling with pews on both sides of a central aisle leading to a pulpit and gorgeous (in this case wood) altar. One thing that that particularly stands out in this church (which seats 1,000 parishioners) is the massive organ. I was informed it is the largest church organ in the world.

Though the service is called for 11 P.M., the organist starts playing at 10:30 -- a mixture of classic Christmas music like Bach and some self-authored pieces. The service begins with a processional of the clergy, service participants and choir (in robes) to the rapturous sounds of everyone singing O Come, All Ye Faithful, a true Christmas tradition dating back over three centuries.

The services continued with what the church refers to as “lessons” conveyed by either honored members of the church or the clergy interspersed between traditional Christmas hymns. On two occasions the congregation did medleys of well-known Christmas songs led by a music director who also leads the choir; and, of course, the ever-present sound of the monumental organ.

This led to the crescendo of the service where each parishioner lights the candle provided when they entered the church and the entire congregation sang Silent Night, Holy Night and

Joy to The World which all knew by heart. The scene of a thousand people holding up their candles and singing these wonderfully, moving songs left the congregation truly feeling the joy of Christmas.

I turned to my friend and asked what should I do now -- in Judaism you are not supposed to put out a ceremonial candle (Shabbat, Hanukkah); you are supposed to let it burn out. He reminded me we were in a church and we would abide by their customs.

I had truly obtained a well-balanced Christmas service experience – the old and the new. One service leading up to Christmas and one ending as the clock turned to Christmas Day. Two different perspectives on how to immerse oneself in the meaning of Christmas.

I was left with the thought of how wonderful it would be if we shared our religious experiences. The joy of the different communities interacting to further understanding. All Jews sharing the joy of Christmas with their Christian friends, and then having them join us for Passover or High Holy Day services. How much better this country would be. Then next we can bring in the other religions. What a wonderful thought.