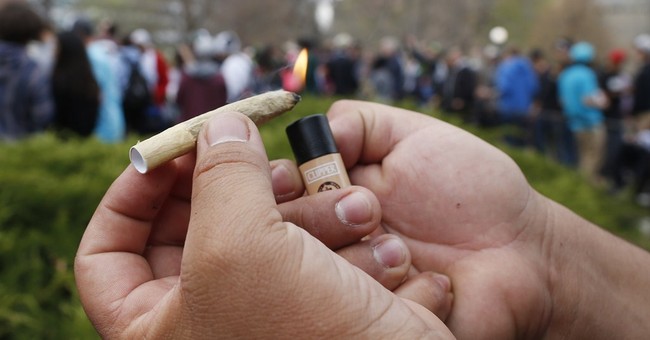 Bill Bennett, a great American and a great Republican was all over television promoting his new book Going to Pot co-written with Robert A. White. This is a topic I have followed for years and previously written about so I thought I would read the book and hope for an interview with Dr. Bennett. I was unable to land the big fish, but did interview his co-writer for an hour discussing the issue of whether the legalization of marijuana should continue.

I have previously written that the experiment of legalization should go forward in Colorado and Washington and let us see the effects. One of the weaknesses I found in the book and in my discussion with Mr. White is that it is far too early to draw conclusions. Mr. White referred me to a series of articles available on their website (goingtopotbook.com) which were from the Colorado Springs Gazette. I read over 50 pages of columns and came away with the thinking that a lot of what was promised by the politicians in favor of legalization did not come to fruition. Not to be too snarky, but wow what a concept – supporters of an initiative misleading the voters.

A lot this was how much tax would be collected from legalization. There are two clear reasons why more money was not collected and they both go back to the government. First, is that many more people in Colorado are going the medical marijuana route because they do not have to pay the taxes that the other users do going to a regular pot store. Second, there is a burgeoning black market in Colorado again caused by too-high taxes imposed on legal use. What the state of Colorado does not know is how defined the black market was before legalization.

There were two points in the book that we kept going back to in the interview. Repeatedly, the book focuses on the harmful effects of marijuana on individuals 12-17 years old. I brought that fact up to Mr. White and said that the law does not legalize use for kids. I also reminded him what my personal research had concluded from discussions with hundreds of grownups. Before medical marijuana was available, grownups were unable to readily get marijuana, but their children in school had ready access. White said “It is a three-point issue: perception, availability and price.” It is true the perception of legality for those 18 years old and over changes the thought of whether it should be tried for younger people, but it is still illegal. Availability is something we will never know for sure, but it sure seems it was pretty available before formal legalization. The issue of price makes no sense. If the price offered by licensed stores is so attractive then why would there be a black market? The black market must be undercutting the legal prices.

We discussed the issue of potency. White pointed out the potency is not what it was in my college years of the early 1970’s. I told him I was well aware of that. The people that I know with first-hand knowledge of what they are now getting were never quite sure of the potency before medical marijuana or legalization. Second, they have all adjusted their usage.

We then discussed the commercialization of the product which has been done under legalization. Pot is being sold like Hershey bars are sold or any other product. We agreed there certainly is a downside to that happening. As White stated “Like alcohol, 80% is being consumed by 20% of the people.” The commercialization is attracting them to use more and many are abusing.” There is no question that there are people who will abuse and I agreed that with legalization the number may increase. The correct question is: Should the other people who use marijuana intermittently and in low quantities be forced to give up their enjoyment because others cannot control themselves?

White expressed his biggest surprise was how effective the campaign has been to legalize marijuana. He told me that in 1969, 12% of people were for legalization while in 2014 that number had risen to 60%. I pointed out that may be due to people seeing over the past 45 years that the criminalization of pot was counterproductive.

We then discussed the fact that a study posted in the appendix of the book stated 9% of marijuana users were addicts. I attempted to get a good definition of “addict.” Marijuana does not have the same addicting factors as heroin, cocaine or even cigarettes. I stated that the real problem that people are facing today is prescription medications and very cheap heroin that has flooded the market and expanded to the suburbs and colleges. We respectfully disagreed on where the focus should be at this time.

White made the point that the commercialization will drive usage and there is no doubt that the intent of marijuana is to create an altered state of mind -- that is why it is called “getting high.” When I asked White whether he would rather someone come home and have a shot of scotch or smoke marijuana, he clearly stated scotch. I pointed out that the idea of the scotch was for someone to “loosen up” after a day of work.

After reading White and Bennett’s book and a prolonged discussion with White, I am no more convinced that marijuana is a major problem on which we should focus outsized resources. I am still convinced if given a choice I would rather see someone use marijuana than alcohol. I still believe we need further time to analyze the effects from the Colorado and Washington legalization of marijuana. But there is no question there will be downsides. The question is, are those downsides worse than having it illegal?
FBI Says Body Found in Wyoming Matches Description of Gabby Petito
Spencer Brown
WATCH: Even Mainstream Sunday Shows Slam Biden's Blunders
Spencer Brown
Military Aircraft Crashes into Texas Neighborhood, Causing Injuries, Damaging Homes
Landon Mion
Here's What Joe Biden Is Doing to Address His Border Crisis
Spencer Brown
Ted Cruz Blasts Biden's Vaccine Mandate, Says Administration Wants to 'Change the Topic from Afghanistan'
Landon Mion
Former Obama Joint Chiefs of Staff Chairman Says There Needs to be Accountability for Botched Drone Strike
Landon Mion