IRS: Another Regulatory Agency Out of Control 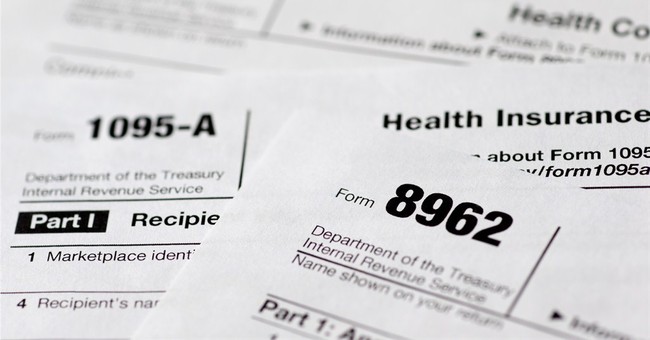 As the current administration piles pounds of regulations on the American public through uncontrolled executive branch agencies, most of us watch this impervious to their actions unless it directly affects our daily lives. This year the IRS changed the rules regarding deduction of repairs, maintenance, and supplies, tormenting the tax-preparation community and eventually saddling owners of businesses and rental properties with extra cost in their tax preparation. If you are not a business owner or a rental owner, you will end up paying as well through increased costs or rents.

The IRS decided that the rules regarding deduction of repairs and maintenance or supplies needed clarification. The main reason gets down to the fact they want people to capitalize more expenditures and expense them over a period of time as opposed to in the year of purchase. That would create more revenue for the government. This is something the Congress should really be deciding; unfortunately, as with many laws, the IRS (like other agencies -- FDA,FCC, SEC and EPA) decides what they want to do without legislative oversight.

This would not be such a big deal except the IRS has made this as onerous a change as ever done. It goes way beyond just learning the rules and applying them. There is the reality of how to implement the new rules and what to file with the IRS.

I have a group of colleagues that banded together to determine a path to address these rules for our clients. After the changes were addressed in our annual continuing education classes, we still did not have enough information so we designated our most technically-skilled colleague to take a three-hour seminar addressing only this issue. We also hired a special master to consult us on the law and how to comply. We have a two-inch stack of articles on proper implementation of these new rules. My colleague and I spent about a week each of our time determining a path to make sure we are properly complying with the rules.

The upshot is we have to comply in two ways. The first is to determine which of three elections are applicable to each client and make those elections on this year’s returns and possibly future years. The second is we determined that we need to file either two or three (9-page) forms to be attached to each tax return that has a business or rental property and owns or uses tangible personal property. For individuals who have their own small business and maybe are renting a condo that they own from before they bought their current house, we will have to file six of these nine-page forms (54 pages) with their tax return. Each one of these nine-page forms needs to be separately signed and mailed to an IRS center. The experts who communicated with the IRS about this say they are expecting 40 million of these forms. In the past, when the IRS has made similar type rule changes, they have not required taxpayers to file these special forms.

Unlike the burdensome new Obamacare tax provisions, there are no new personnel to handle this deluge. Despite my prior statement that they would be adding 16,000 agents to handle Obamacare matters, it appears they are only shifting personnel out of other operations to confront the confusion. In the meantime, Congress has cut the IRS budget due to their blatant political activities regarding the actions of Lois Lerner and her gang. Though the budget cuts are only about 4 percent of the IRS budget, the agency is acting like Armageddon has befallen them and cutting only customer service. The IRS Commissioner, Koskinen, who is nothing more than a political hack whined to Congress this week. This is how government agencies answer budget cuts: we are not going to operate more efficiently; rather we are going to make the people suffer until we are given more and more and more money.

We are confident of two things. First, that the IRS will never actually administer the avalanche of forms. They will be boxed and no one will ever look at them. Second, that their personnel will never be able to handle the technical aspects of these new rules. The vast majority of their auditors are in over their heads as it is and are ill-equipped to handle these rules.

The logical question then is why are we in such a tizzy about the matter? It is because the IRS has made clear that if we do not comply that we are subject to extensive penalties as preparers. That is the new thing governments are doing. They are not only fining the taxpayers for non-compliance, they are threatening tax preparers with excessive fines. For example, in the Republic of California if a taxpayer treats someone as an independent contractor instead of an employee, they are not only subject to the normal penalties -- they are also subject to special penalties of $15,000 per payee or more if the action is deemed flagrant. On top of that, the professional who advised them (except attorneys) it was proper to do such is subject to $15,000 per person or more penalties also. Since a California unionized employee decides whether you are guilty, we just stopped advising on those matters. The government has decided to turn us (CPAS, etc.) into their police by threatening us with huge penalties.

So even if we think this is nonsense we must comply and pass through the cost to our clients.

The CPAS have tried to stop this. I have a six-page letter from the American Institute of CPAS to the IRS in October of 2014 delineating the burdensomeness of these new rules upon small businesses asking them to abate them. We don’t know whether there was a direct reply, but the real reply was in January when the IRS unleashed 500 pages of regulations regarding these new procedures. That is the real answer.

Let’s review: The IRS created complicated, murky new rules that require massive analysis and millions of forms to be filed. Their staff is totally unprepared to handle the forms and we doubt will ever be able to understand the implementation of the rules. This is all to slow down the deduction of legitimate business expenses and create more income for the government with total and blatant disregard for the cost to taxpayers to comply with the new rules.

Those who have a business and foolishly rely on Turbotax or other unsophisticated tax services are never going to comply with this new law. God help them if they ever have their returns reviewed. In the meantime, this new Congress has got to get the IRS and the rest of the federal regulatory apparatus under control or we are going to become another France with non-existent job growth. God help us.

P.S. Three days before the running of this column the IRS released a new 81 page document regarding these rules. We are stuck analyzing this and how it effects our clients.