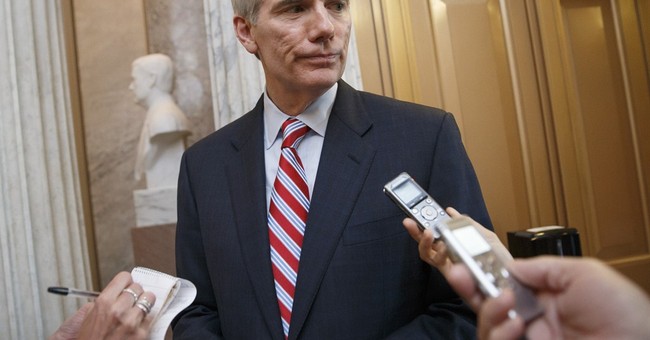 In 2008, I supported Hillary Clinton. That sounds odd, but I wanted her to beat Barack Obama in the primary and encouraged every one of my Democratic friends to vote for her. My logic was simple: If the Republican lost I would at least want a grown-up in the White House. Compared to Obama, Hillary was a bastion of wisdom and a fountain of experience. Instead the Democrats nominated someone totally unprepared to be president. He won and look what happened. This time let’s not screw this up.

I recall a friend coming back from a national meeting in the spring of 2008 at which Barack Obama spoke. He described the experience and unfortunately I don’t remember his exact words, but my immediate reply was that he had just described the perfect definition of a demagogue. There is a lot of talk about some politicians on both sides of the political aisle who inspire people, but these potential candidates are wholly unqualified to be president. They may be at a further time, but not now.

A perfect example is Senator Elizabeth Warren (D-MA). I blanch almost every time the woman opens her mouth, but she has excited the left-wing (almost all of the remaining Democratic Party today) with the rhetoric she regularly spews getting her classified as populist which is a neat trick for a multi-millionaire, elitist, Harvard professor. Ms. Warren has been in the U.S. Senate just two years, from which she has little in the way of accomplishments though they are more significant than the vaporous accomplishments of Obama when he started his run for the Presidency. Before Warren entered the U.S. Senate, her leadership experience was limited to her classes of law students and being on some commissions with long, fancy names. What qualifies this woman to be president of the most important country in the world? Nothing.

On the other side of the aisle, I previously wrote about having an encounter with U.S. Senator Marco Rubio (R-FL). I had been very impressed with him before meeting him when seated next to him at a small group lunch in Los Angeles. I found him warm, smart, informed and very verbal. I had previously seen him deliver a speech at the Reagan Library and believe he may be the best communicator in the Republican Party. Rubio has been in the U.S. Senate for four years and previous to that he was the Speaker of the Florida House of Representatives. He has been involved in some meaty issues during his time. Despite that, it was quite clear to me Rubio is not ready right now. He may be an excellent candidate in the future, but he is not prepared to be president today.

What we need is someone like Rob Portman, U.S. Senator from Ohio. This is a true grown-up. Though Portman has not been a Governor, he has held many positions that give him the depth of experience that prepares someone to take on the challenges of the office of the Presidency. Portman has worked in the White House, been a Congressman, the U.S. Trade Representative (giving him foreign policy experience) and the Director of the Office of Management and Budget (he knows the government backwards and forwards). This is someone who has run something and who has broad experience. He has displayed leadership and has gravitas. Mr. Portman is not flashy (very much like former Indiana Governor Mitch Daniels) and does not knock your socks off with flowing phrases and soaring rhetoric. He just gets things done and has gained wisdom as the result of his broad resume. You can trust him to make a solid decision in a crisis and not shy away from doing it. Mr. Portman has withdrawn his name from consideration for this presidential election.

The Democrats may have about five candidates. The Republicans have a score or more of potential candidates. This number will shake out as various candidates will be unable to get qualified campaign staff, lack sufficient funding, or just plain decide they don’t want to go through the gut-wrenching process of running for president. My instinct is there will be about ten Republicans running by the end of the year and three or four Democrats.

You now know what I will be looking for and not accepting in a candidate. I hope we end up with someone who has the experience, wisdom and gravitas to assume this august position. As a Republican I will not be looking for ideological purity because I will remind my Republican friends that the Republican that most offends them is someone they still agree with at least 85 percent of the time, and that person’s opponent will be someone you agree with about 15 percent of the time.

Gosh knows we need a grown-up and -- I believe a Republican -- to reverse the immense damage this rank amateur has done to us both in foreign and domestic policy. I suggest you choose wisely.