To Have Sex or Not to Have Sex: That is the Question 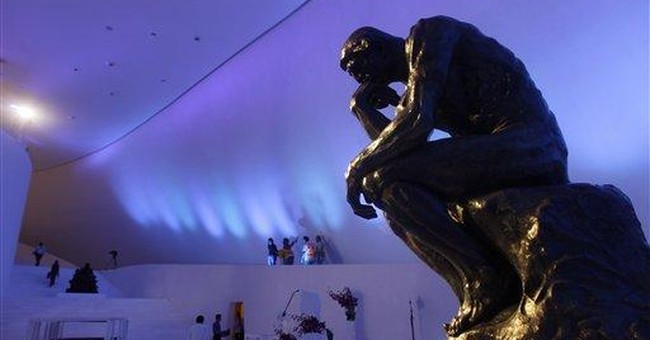 When I attended college in the middle part of the 70’s, the sexual revolution was raging. Women were taking a more aggressive stance regarding intimate sexual activity freed by the pill and other sexual protection. The movie Reds has a scene where an elderly person said they were having just as much sex in the early part of the 20th century; they just did not talk about it as much as we were blabbing. But we were certain we were on the forefront of a sexual revolution. I would have never thought that, in 40 short years, things would change so radically.

Before we dig into this subject we need some clarity. In no way am I endorsing rampant sexual intercourse by young men and women while they are at college. Too many people did that when I went to school and there is probably too much done today. Many college students are unprepared for the casual sex scene, and most should think their way through the process and be more judicious in how they express themselves sexually. And certainly there is zero acceptance of any kind of abuse by a male of a female (or vice versa, for that matter) -- either mentally or physically regarding sexual activity. I find that abhorrent. In addition, rape and/or sexual assault should never be conflated with lesser actions that demean the seriousness of what has transpired.

That being said, the recent movement to change the definition of rape/sexual assault on college campuses scares the dickens out of me and it should for you too. I am delighted that my son and daughter have both graduated and will not have to be confronted by this perversion of our legal system. Recent changes on limited college campuses has culminated in a bill (SB967) being passed by the California Legislature and signed by Governor Brown. The bill has been characterized as the “Yes means Yes” bill. It states that a young woman has not consented to have sex if she remains silent or fails to resist. The law requires “an affirmative, unambiguous and conscious decision” if she wants to proceed with sexual activity. Bizarrely the law defines that a verbal response is not needed. A nod of the head or moving closer to the other person is perceived as a positive endorsement to have sex.

If I were advising a young male attending college, I would tell him to abstain from having sex with anyone related to his college. Someone suggested to me that the young man should get a written contract (sounds like fun) before engaging in sexual activity. I told them that would not be good enough as the woman could change her mind after signing the contract and/or anytime during the process. The only way for a young man to fully protect himself under the new procedures set in place is to video the entire sexual experience. It is just not worth it to risk your entire future under these draconian rules. Think Duke Lacrosse players.

That is because the standard for convicting someone of sexual assault on a college campus has been lowered from innocent until proven guilty to the preponderance of the evidence – a much lower standard. That means the criminal who breaks into a woman’s apartment and rapes her has more legal rights than a college student who meets a girl at a frat party. Think about it: would you advise your son to risk the rest of his life and be branded as a sexual predator on the fact that he has asked a young lady if she is willing to have sexual intercourse with him and she nods her head?

Regarding my own daughter, after listening to these people I think I should have my head examined for allowing her to go to a college in America. In fact, any parent could arguably be deemed irresponsible by allowing a daughter to go to an American college where supposedly she has a 20 percent chance of being sexually assaulted during her time there. That is if you believe the statistics which have not been so reliable in the past. Do we really know the source of these statistics, which have been repeated and repeated until they have become a mantra and are ingrained in this argument and the foundation of this new law? We send our children to colleges thinking it is a safe environment. Based on these statistics being bantered around by advocates of these law changes, you were safer allowing your child to sleep on the streets of New York City in the 1970’s than going to Harvard, Tulane, or UC Berkeley today. Yet, we not only allow them to go; we also pay huge amounts of money with zero control over their security.

This is what happens when you let the Left control matters. There is no doubt the Left has a stranglehold on our college campuses. They have enacted severe restrictions on the free speech of students and enacted significant penalties for anyone making what the Left perceives as “hurtful speech” against anyone (except supporters of Israel). The Left -- which has railed against Republicans and the Religious Right for two generations for invading the bedrooms of Americans -- has now invaded the bedrooms of millions of young adults in an oppressive manner.

If you are parents of college-age children, you better have a serious conversation with your male child. You certainly don’t want their entire future destroyed over what used to be considered questionable, but not criminal sexual activity. As for your daughters – send them to all girls’ schools. A 20 percent chance of sexual assault is too big a risk. This is what the Left has wrought of the sexual revolution. College campuses are now some of the most dangerous places in America.