Democrats, How Much Will You Take? 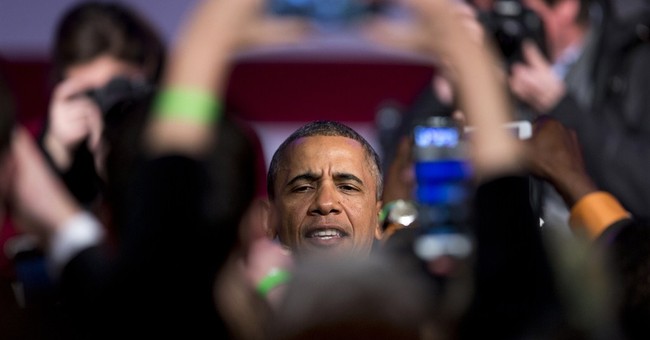 We are all guilty of providing a wide leeway to a politician that we favor. If the politician is someone we support, we restrain ourselves when something becomes public that would have us in a tizzy if done by someone with whom we dislike politically. That is referred to as “cutting someone some slack.” But there is a limit for everyone like there was for Anthony Weiner or Larry Craig. When will the grownups in the Democratic Party say enough is enough with Barack Obama?

Yet the latest move by the Obama Administration has got to scare the daylights out of any American. The proposal by the Federal Communications Commission (FCC) to do a “study” of newsrooms and place people from the commission in the newsroom asking questions about editorial content and the decision-making process makes McCarthy tactics look tame. Fortunately, the largely dormant press that has licked the behind of President Obama in an adoring fashion for over five years rose up to force a withdrawal of this proposal. Whether it is a termination of the tactic or just a regrouping is yet to be seen. However you look at it, the move was the single most oppressive attempt by the government to stifle the first amendment in a non-wartime period in our history.

This comes on the heels of one of the worst cases of Presidential overreach in our history. The episode of the IRS suppressing and harassing groups applying for 501(c) 4 status remains a blight upon the Obama Administration. This column stated when the story broke that every American should be scared by the abusive use of the IRS to attack political enemies and political free speech. We stated that if it were allowed to go unrebuked by Congress, in the future the tables could be turned and the same tactics could be used against Democrats –- so why weren’t the Democrats screaming?

If ever there was any doubt of the guilt of the Administration in this matter, they recently confirmed that guilt themselves. Their making public an attempt to rewrite the law through IRS regulations that would, in effect, eliminate 501(c) 4 entities was a brazen attempt to institutionalize what they had attempted to do surreptiously. Fortunately some elements of the left have taken a stand against this power grab. The ACLU submitted a 26-page rebuttal of the position, calling the advocacy done by the entities “the heart of our representative democracy.” Even the most left-wing of unions, the SEIU, staked a position against the proposed Obama Administration regulations as they fear the restrictions adopted could then be spread to 501(c)5 organizations (unions) or 501(c)6 organizations (trade associations). At least some of Mr. Obama’s base has gained clarity about his subversive tactics.

Where is the leadership of the Democrats in Congress as the President expands executive authority to new levels? Obama’s single-handed rewriting of the Affordable Care Act should make them shutter. First of all, the Democrats in Congress wrote the act so you would think they might not want to have another branch of government gutting it. Second, you might think they would be worried about the tactics employed by Obama that would give justification to the next Republican president (there will be one and not soon enough) to alter any law that a president takes a dislike to and wants to change.

Yet when the President came to their turf to deliver the State of the Union address, not only were the Democrats docile, they were downright compliant. A president of the United States dared to speak to the legislative branch and tell them he was going to change the laws they are in charge of creating by the Constitution. The Democrats not only did not slap him down for co-opting their powers, they give him a standing ovation. One could conclude they had lost their collective minds.

When a prior president went too far, a group of Republican elders went to him and told him it was time to go and he went. Though the situation has not reached the same 1974 crisis point, it is seriously worrisome. The use of various arms of the government to harass citizens and suppress the first amendment is the most egregious misuse of power by any Chief Executive.

It is time for Democrats to stand and say no more. If you don’t do it now there could be permanent harm to our democracy. Certainly some of you will no longer be in office come this November because the American people will certainly say enough is enough.