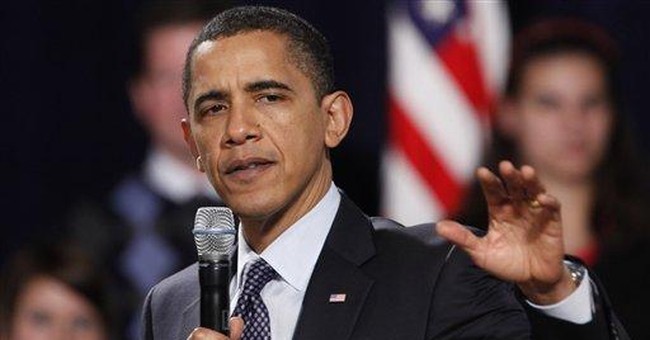 If the United States dollar is replaced as the reserve currency for the world, you can kiss our standing as “global top dog” goodbye. The reason for our current status is that everyone wants our money, just as it was with the British Empire in the 19th Century.

The largest challenge comes from the Chinese, who want to bring us down a peg and claim the 21st Century as their own. The Obama Administration answers with huge federal deficits as far as the eye can see and new, completely unaffordable spending programs.

If we want to see the United States as a global power come the 22nd Century, we need to confront this issue now. And for the benefit of my liberal friends, raising taxes is not the answer.

## That a caucus of the Democratic Party stated they would vote against any health insurance bill that excludes illegal immigrants displays a mind-set that has to stupefy most Americans. How did these people get elected and who do they represent?

Let me get this straight, Obama is going to take some of the TARP money and use it to reduce debt. Only in Washington would money allocated from funds we do not have, and that increase the national debt, be returned to us (by not spending it in the first place) and have it described as debt reduction. Orwell must be rolling over in his grave.

As you, I am outraged at the dangerous decision to try enemy combatants taken into custody on foreign soil in New York. There are three mystifying points though. First, how in the world do they expect to find a jury in New York City that does not have a preconceived opinion on this matter?

Second, Attorney General Holder and other Democrats (such as Senator Jack Reed) assure us that they will be found guilty. Why have the trials if you already know the outcome? What happened to the presumption of innocence? The way these people are talking, friends of the terrorists are going to say the outcome was pre-determined and our justice system is rigged, thereby defeating the Administration’s argument for the trials in the first place.

After all, if the objective is to convince the rest of the world that the American judicial system is sufficiently “fair” that even the most violent, ruthless, unrepentant killer can get off scot-free, all the AG had to do was utter three magic words: O. J. Simpson.

Last, Holder and his buddies say that if the terrorists are not convicted, they aren’t going to be let go anyway. Then why not just lock them up and throw away the key. This decision is the most bizarre in a series of bizarre decisions by this Administration.

Since the increase in the minimum wage – pushed through by liberal Democrats – began in July, there has been a loss of about 330,000 low wage jobs. Entry-level teenagers have been hardest hit. It is George Bush’s fault.

I support people’s right to smoke cigarettes. I also think some anti-smoking people act fairly foolishly. So it seems hard to believe that despite the vehemence of the anti-smoking movement, some smokers still callously discard their butts wherever they wish. So much for their efforts to win friends and influence people.

Mattel recently announced an update to their brand powerhouse – Barbie. My first thought was whether the new dolls were going to have tattoos and navel piercings.

The environment is sacrosanct to the left unless…you are one of their friends. In Los Angeles, when DreamWorks wanted to move their headquarters to Playa Vista – a wetlands — there was nothing but support because it was Steven Spielberg and David Geffen, who are heroes to the left.

Now Ed Roski has gotten the California State Legislature to exempt him from any environmental impact studies for his soon-to-be-built football stadium to attract an NFL team to Los Angeles. The price to get that done was a guarantee that all the construction and post-construction jobs would be for union members.

As long as you have the right friends you can damn the environment. State Senate Majority leader Democrat Darrell Steinberg stated this was not open season on the environmental laws. That is the official policy of the State of California – until you have the right friends or the right employees to push through another waiver. Mr. Steinberg and his cohorts might realize the harm done to the economy by the stringent environmental laws and overturn them instead of handing out favors to their gladhanders.

While reliving my past recently, I was reminded of one of the big lies in history. On one of the Woodstock CDs, the announcer comes on stage and tells the audience that from that point forward, the concert was going to be free and the promoters were going to take a financial bath. Yeah, right.

The promoters have the gift that keeps on giving and will be able to support their grandchildren. In fact, I hear that for the 50th anniversary of Woodstock they are inviting all the surviving veterans of the event back to Yasgur’s farm. They can bring their grandchildren and show them where it all happened. It will be interesting when someone gets on stage and does their best Country Joe McDonald imitation and says “Give me an F.”

There may be no clearer indication of this administration than the interview of Valerie Jarrett by Campbell Brown on CNN. Ms. Brown confronted Jarrett, a senior adviser and assistant to the President, about the issue of the WH attacking Fox News. Forgetting that Jarrett had no answer to the perceived bias from MSNBC, she really revealed the true nature of this WH. She indicated that they were going to “speak truth to power.” Ms. Jarrett does not seem to realize she works for the most powerful person on this planet.

The WH still thinks they are community organizers running a campaign instead of running a country.

I have had the good fortune to be at White House events a half-dozen times. I know how the process works to get admitted to for an event. I am convinced that the crashers of the recent state dinner are empirical evidence of the incompetence of the Obama Administration.