Soaking the Rich Makes No Sense 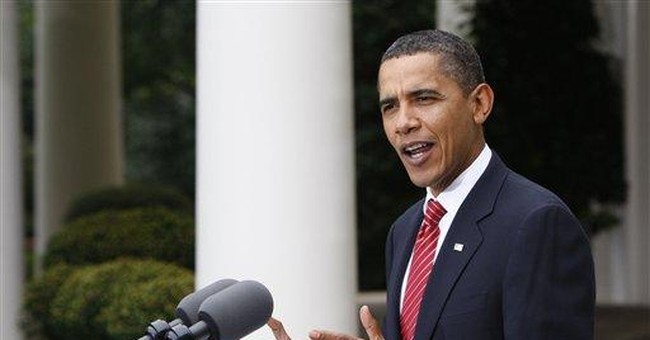 Recently my assistant came into my office perplexed by a report she had just heard. She asked if it were true that people were really going to be taxed at a rate of 60%. Because of the health care proposal at the time, the combined federal and state tax rates in certain states would approach 60%, with the average rate per state over 52%. My assistant asserted she could not believe this could happen in America.

While my assistant is not a rich woman and she is a Democrat, she still understands the inherent unfairness of this public policy. She could not believe that we would take more than half of someone’s earnings. She was not aware that federal tax rates were once 90% until President Kennedy reduced them to 70%, which was then lowered by President Reagan to 50%. These were periods where the rates were high, but the offsetting deductions substantially diminished income levels making the effective rates much lower. President Reagan ended all this nonsense with the tax reform of 1986, which rewrote the tax code to bring the top federal rate down to 28% and eliminated all but a few deductions.

Since then governments have been raising top rates with the argument being made that the “rich” are not paying their fair share. The tax policies we are following are doomed to failure, and yet the Democrats in Congress persist in this folly because of Obama’s silly and impossible pledge not to raise taxes on people earning less than $250,000. The Democrats in Washington should learn a lesson from their counterparts in California and New York.

California has established an independent commission to analyze the state’s tax revenues sources. It turns out that 144,000 residents contribute half of all personal income taxes. Even Karen Bass, the current Speaker of the Assembly and someone dumb as a stone about economics, has concluded that 38 million people cannot be dependent on such a small tax base. New York City was crushed with the downturn in the stock market because 50% of their income tax revenue came from people working on Wall Street. Establishing your tax base on such a small portion of the population is a recipe for havoc.

50% of working Americans pay no federal income taxes. They pay into Social Security and Medicare, but those are benefit programs. When that many people do not have a stake in the tax system, there is opportunity to manipulate elections by appealing to their interest of taxing “the other guy”. Obama did exactly that when he said he would only tax those people with lots of income, but not you, so vote for me.

The realization that tax revenues cannot hinge on a slim tax base has begun to seep into the public policy debate. States are particularly vulnerable because while high-income residents may not wish to leave their country they will move their family and business between states. California has already lost significant numbers of high earners to Nevada where there is no income tax. The reaction of the California Legislature has been to continually raise tax rates, thus encouraging additional residents to depart. Two years ago in Maryland, they raised taxes on the highest earners and a third of them have relocated since that time.

But even the federal government is not unaffected by high income tax policies. We have seen corporations move to places like Ireland which has much lower corporate tax rates. We may soon see more and more people depart to places like Costa Rica, which has become an American colony with thousands of ex-pats. If we continue raising our upper tax rates, we may experience what has been going on in Great Britain.

As is well known, English Premier League soccer has religious-like fervor there. Recently they have lost out when attempting to acquire some of the biggest name players in the game. Big-name stars are starting to turn down either coming to or staying in England because Gordon Brown’s government raised the top tax rate from 40% to 50%. This applies not only to these very high-earning soccer players, but to every English citizen earning over 150,000 pounds per year. As the performance of the teams in England begins to slump, you will hear an uproar about this tax policy change.

Governments need to realize that attractive tax policies granting new businesses one-time exemptions are not the answer – competitive everyday rates are what is needed. Modern communications and transportation systems make it easy for people to change their tax jurisdiction and maintain their lifestyles. Actually, they may be improving their lifestyle because of the reduced tax rates.

The public policy that exempts millions of Americans from any taxes and focuses on a small group of people has governments heading off a cliff. Maybe high earners should pay more, but when lower earners pay no income taxes at all they have no personal consequences from the decisions of their lawmakers. This creates a breeding ground for demagogues.

More importantly, it makes the government susceptible to the actions of a shrinking amount of taxpayers creating instability for the government. California’s experience where revenues have crashed twice in this decade is a perfect illustration of what not to do. The last thing Washington should do is follow this example and establish new programs based on revenues from a narrow tax base. When President Obama says he cannot implement new policies without new revenues, you know whom he is going to tax. If you think we have a deficit now, wait until the next recession.