Why the Tech Giants Censor Conservatives — and How to Stop Them

Bruce Abramson
|
Posted: Oct 26, 2020 10:27 AM
Share   Tweet
The opinions expressed by columnists are their own and do not necessarily represent the views of Townhall.com. 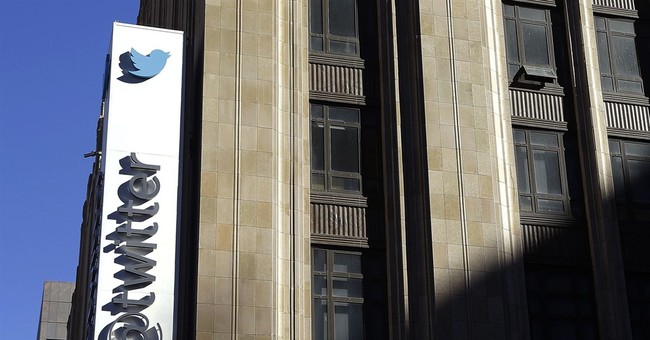 Why do the tech giants censor conservative thought and suppress news that makes progressives look bad?

To many, the answer appears easy: tech executives and their employees are overwhelmingly progressive. They want to promote the progressive worldview, spread progressive values, and secure power for progressives.

That’s true as far as it goes—but it doesn’t go far enough, because it’s a trick question. The conventional answer explains why, given that the tech giants have decided to censor and suppress, they deploy those tools to help progressives. It doesn’t address the more important underlying question: why would a rational, profit-maximizing corporation choose to engage in censorship and suppression?

At first blush, it seems to make little sense. The entire business model underpinning social media involves making the experience easy, cheap, and pleasurable for the broadest possible audience, then selling information about audience members. Like all businesses, social media companies attempt to achieve that goal while minimizing exposure to costly liability, government intrusion and competitive entry. While economists may disagree about the optimal mix of liability, government, and competition, all would agree these external constraints impose necessary discipline on corporate behavior.

Corporations are thus highly sensitive to the rules and the environment that society hands them. If we don’t like their behavior, we probably need to change that environment. Are we as a society pleased to have a social media environment that censors and suppresses information to suit the tastes of its corporate leaders?

If so, we’re doing fine. If not—and everything about traditional American values favoring free speech, robust debate, a free and responsible press, and individual decision-making screams that social media censorship and suppression is unacceptable—we’ve got a serious problem. We’ve motivated deeply dangerous, antisocial, and anti-American behavior.

That societal “we” hardly lets companies like Twitter, Facebook, and Google off the hook. They’ve become significant contributors to the dangerous downward spiral of debate and civic engagement rapidly destroying the American cultural landscape. It does, however, emphasize that we allowed, or worse, perhaps even encouraged that destructive behavior.

Social media companies censor and suppress because the benefits those activities return far exceed the costs they impose. And they can get away with it because most of the major rules governing Internet businesses trace back 20 years or more when Americans had

very different issues on our minds. Back then, everyone recognized that the fledgling public Internet would revolutionize information, communication, entertainment, finance, and many other aspects of life, but no one knew how that revolution would unfold.

The dominant objective of those setting the rules was thus to let the Internet develop as freely as possible without trampling too many pre-existing rights and expectations. The resulting light-touch rules thus favored minimizing regulation, liability, and antitrust scrutiny. That approach proved wildly successful. The Internet flourished. Technologies and businesses boomed. Fledgling startups became the world’s most valuable, powerful, and entrenched incumbents.

Then they started to exercise that power. They learned to eliminate competition, influence regulations, and regulators and behave with the abandon characteristic of those who know that they can skirt responsibility. A rule set optimized to nurture an infant technology and an immature industry is proving woefully inadequate at disciplining powerful giants.

Only altered incentives can change behavior. Some have called for invasive regulation to turn social media companies into utilities. Others advocate the antitrust sledgehammer to break up these behemoths. While such draconian actions would likely address today’s problems—including censorship and viewpoint suppression—they would impose significant costs.

A far simpler and safer approach would reconsider the assignment of liability. Prior to the Internet, editorial and publisher liability provided important disciplinary restraints that helped keep our media relatively honest. For a variety of reasons, Section 230 of the Communications Decency Act (CDA) of 1996 exempted Internet businesses from this general rule. Were this exemption eliminated, anyone who decided what to publish and what to block would become responsible for the integrity of the published materials.

The tech giants are already screaming that holding them to basic standards of decency would destroy the Internet as we know it. What they neglect, however, is the emergence of a next-generation Internet with additional competition and more responsible players. Because if Internet companies are forced to choose between providing an open forum and filtering content, an entire new competitive industry of tailored filtering services will arise.

That’s precisely how technology moves industry ahead. Today’s innovative application becomes tomorrow’s platform, as competition ratchets forward to serve the needs of those using the platform.

Again, why do the tech giants engage in censorship and viewpoint suppression? Because the incentives that built the Internet made it rational for them to do so. For the future of American society and civil discourse, we’d better change those incentives before it’s too late.

Dr. Bruce Abramson is a member of the Board of Directors at the American Center for Education and Knowledge. He is an attorney specializing in technology policy.

Ocasio-Cortez: We Need to Pack the Court Because There's No Checks and Balances
Matt Vespa
West Coast Governors Vow to Make Their States a 'Safe Haven' for Abortions
Sarah Arnold