2010 Race of the Day: How To Send a New York Republican to Congress 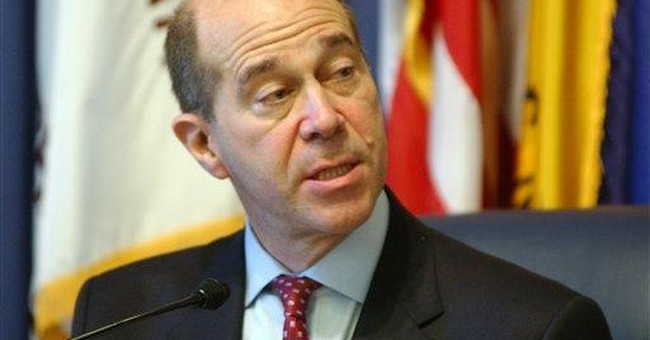 In New York, the Hudson Highlands is full of rich history: This is the part of the rebelling colonies that Benedict Arnold sold out during the Revolutionary War and where, much later, the country established the United States Military Academy at West Point.  We turn today to the heart of that region to profile New York’s 19th District, an area rooted in tradition and known, in a state we often consider blue, for its determined red streak in recent elections.  Given the region’s tumultuous history of redistricting, there are few distinct election results, but the district’s Cook PVI rating of R+3 and its support for George W. Bush (they voted twice to send Bush to the White House) indicate that the district is one with a red tint.

Despite its right-leaning tendencies, the area is represented by ultra-liberal Democrat John Hall - who managed to win in 2006 thanks to the Democrat’s wave, and later he scraped out yet another victory on Barack Obama’s coattails in 2008.  Now, Hall faces an environment unfavorable to Democrats – and especially given his atrocious record on spending, taxing and creating big government.  Constituents have recognized that Hall has done more to represent Nancy Pelosi (he votes her way an astronomical 98.2% of the time) than he has to represent them.  He’s voted for Obama’s disastrous government-takeover of healthcare, the failed stimulus and bailout programs.  Those bills only scratch the surface of Hall’s penchant for spending: Hall also enthusiastically voted for the Omnibus spending package, to raise the debt limit to over 14 trillion, and to pass the National Energy Tax.

Fortunately, constituents have a strong opponent to take down Hall.  Dr. Nan Hayworth has a record of community involvement and restoring vision: She spent her career as an ophthalmologist and is determined to join Congress as a defender of our Constitutional freedoms.  Nan has made it clear that her priorities are promoting the American dream, moving America toward energy independence, and demanding fiscal responsibility in Washington.  After winning the September primary with nearly 70% of the vote, as well as earning the Conservative and Independence party lines, Nan is already running an aggressive campaign and has achieved ‘Young Gun’ status in the NRCC’s recruitment program.

As a doctor who ran her own practice for several years and spent 16 years in the field, Nan has seen both the good and bad parts of the healthcare system.  She recognizes that it is among the best in the world and that the disastrous government takeover of healthcare will only cause our system to be woefully ineffective and leave even more Americans with little or inadequate care.

I hope you’ll join me in supporting Nan’s exciting candidacy.  You can visit her website and blog to find out more about her or you can become a fan on Facebook and Twitter.

US vs. Russia: Watch These Two Military Recruitment Videos and You'll Quickly See Why We're 'So Screwed'
Leah Barkoukis
Maryland State Employee Under Investigation After She Was Caught Making an Absurd Comparison About Cops
Matt Vespa
Back Online: Colonial Pipeline Now Operational...But There's a Catch
Matt Vespa
Even When They Try to Get It Right, Democrats Ultimately Get It Wrong on Standing Up for Israel
Rebecca Downs
President Biden is Rushing Parents Into Getting Their Kids Vaccinated