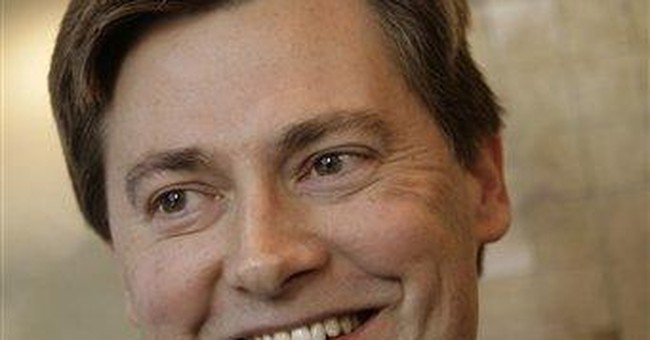 In Pennsylvania’s Fourth Congressional District, voters are gearing up for what will be a very close race between career politician Democrat Jason Altmire and political newcomer Keith Rothfus. Located in western Pennsylvania, the Fourth District is comprised of steel country, farm communities and the suburbs of Pittsburgh.  The district includes the counties of Lawrence, most of Beaver, the northern part of Allegheny County, the southern part of Butler County, and small portions of both Mercer and Westmoreland counties.

Between the more conservative suburbs of Pittsburgh and the left-leaning counties of Pennsylvania’s fourth, the district offers a diverse political dynamic.  Historically, the district has been more Democratic, but in recent years it has trended in Republicans favor. In 2004, George W. Bush carried the district with 54 percent of the vote and in 2008 Republican nominee John McCain won handily with an 11-point margin. These recent Republican wins, coupled with a growing contempt for the Democrats’ failed economic policies, have paved the way for a Republican pickup this fall.

Elected in 2006, Jason Altmire has voted with Nancy Pelosi and his radical party bosses almost 90 percent of the time and despite disingenuously portraying himself as a Blue Dog Democrat, Altmire’s record proves otherwise. He’s supported his party’s failed trillion-dollar stimulus and helped fuel the Democrats’ runaway spending spree which has led to a 9.5 national unemployment rate and a $13 trillion national debt. More specifically, Pennsylvania’s own Fourth District has suffered under Altmire’s failed economic policies. His lengthy record of taxing and spending is completely out of touch with voters in western Pennsylvania who want job creation and fiscal responsibility.

Unlike Altmire, Keith Rothfus is not a career politician. After graduating law school from Notre Dame, Rothfus began in the private sector as an attorney where he has worked with both large and small businesses. Through his work, Rothfus has seen the impact of the Democrats’ policies of higher taxes and bureaucratic regulations on businesses of all sizes, which have shaped his views of smaller government and limited spending. In addition to his career as an attorney, Rothfus worked in the Department of Homeland Security, helping with disaster relief efforts. As a cancer survivor, Rothfus knows the importance of a strong healthcare system where innovation is key. With grassroots momentum and common-sense ideas, Rothfus threatens to end what will be a short-lived Congressional career for Altmire.

Please make sure to show your support by becoming a fan of Keith on his Facebook page.  You can also check out his campaign website and follow him on Twitter to learn more about Pennsylvania’s next Congressman.