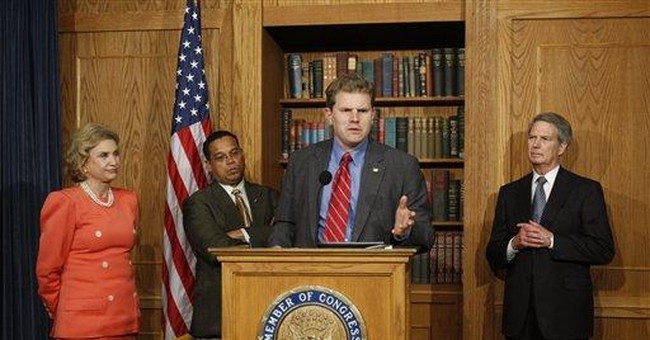 Though New York’s highly prized 25th District fell to the Democrats in the 2008 Congressional elections, growing Republican momentum throughout the nation could easily swing this district back into the GOP column this fall. In 2008, Democratic incumbent Dan Maffei may have succeeded Republican Rep. James Walsh following his retirement, but the vulnerable freshman Democrat will have a much harder time in this November’s competition.

The 25th District includes Syracuse, the northeastern suburbs of Rochester, Onondaga and Wayne counties, as well as 100 miles of Lake Ontario shoreline and large portions of the Erie Canal. This seat was consistently in the Republican column from 1971 until 2008, when former Rep. James Walsh retired, creating an open seat. The 25th District has an influential voting bloc of independents who, because of the shifting tide of this year’s mid-term elections, could easily vote a Republican back into office come this November.

Highlighting the growing concern over Maffei’s left-wing voting record and Republican candidate Ann Marie Buerkle’s broad appeal, Buerkle was endorsed by the Independence Party this week, strengthening her bid to take this seat in November.  Her campaign theme is “Jobs are Job Number One” and it has resonated loud and clear among central New Yorkers.  Having united Independents and Republicans of all stripes, Buerkle faces no primary and will be the only candidate on the ballot in November under the Republican line, the Conservative line, and the Independence line.

Incumbent Rep. Maffei has voted with Nancy Pelosi 96.5% of the time over the past two years, which has made his constituents, and most notably independents in the 25th District, tired of the same old Washington politics. A former aide to the corrupt Congressman Charlie Rangel, Maffei has only voted against his party’s agenda a handful of times. He voted for the stimulus, healthcare reform, and now the costly financial overhaul bill, supporting the current Administration’s out-of-control spending and disregard for America’s future. In the past two years, all Maffei has proven is that he’s just another unimpressive Pelosi puppet, one who holds his party’s agenda above his constituents’ interests.

Ann Marie Buerkle, a former Syracuse Councilor, knows what citizens of the 25th District need in a U.S. Representative. A nurse and the mother of six, Buerkle has built a life around serving and helping others.  A former Assistant New York State Attorney General representing Upstate Medical University, Buerkle strongly opposes the Obama Administration’s federal takeover of healthcare and is a vocal activist in favor of repealing it. A believer in lower taxes, smaller government, and diminishing the exorbitant deficit produced by today’s administration, she understands the importance of financial restraint in our trying economic times. Buerkle recognizes that small businesses are the best means for job creation and that the Obama-Pelosi attempt to pass “Cap-and-Trade” would place an additional burden an already financially pressed New York families.

This fall, Republicans have a prime opportunity to elect a leader who will effectively represent their needs and values. Ann Marie Buerkle is running a strong campaign, and has earned “On the Radar” status in the NRCC Young Guns program. She knows that fiscal responsibility and a renewed focus on job creation are what the residents of New York’s 25th Congressional District want and is ready to deliver.

Visit Ann Marie’s Facebook and Twitter pages to stay informed on the latest news and updates from her campaign.