Brian McNicoll  |  Sep 02, 2016
The opinions expressed by columnists are their own and do not necessarily represent the views of Townhall.com.
Top Columns
Trending on Townhall Media 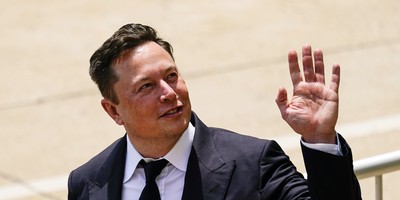 With apologies to the recently departed Gene Wilder, tell me more, President Obama, about this environmental justice thing you’re pushing.

Tell me more about how it will become the top priority of the agenda you’re planning for the Environmental Protection Agency to enact by 2020. Tell me how environmental neglect constitutes racial discrimination and affects the poor the most.

The people of Puerto Rico can hardly wait to hear about it. They have 11,000 Zika cases already and expect to have 270 babies born this year with microcephaly, the disease caused by the virus that causes babies to be born with shrunken heads and other health problems. The federal government has issued a warning for pregnant women traveling to Puerto Rico, a blow to terrorism, the island’s major industry.

Puerto Ricans know why some of this is happening and how it all began. And they’ve tried to bring it to the attention of the environmental justice warriors in Washington. But so far, no dice.

In 1994, the EPA turned over enforcement of hazardous waste disposal to Puerto Rico’s Environmental Quality Board. The Environmental Quality Board promptly rescinded the rules it had agreed with the EPA to enforce and turned a blind eye to violations of even its far more lax standards. It reduced its staff from 14 in 2000 to five in 2005 to one in 2010 to zero in 2012.

The EPA threatened to revoke the island agency’s permitting authority in 2002 but did not follow through. It pretty much has ignored the issue since.

Privately owned landfills continued for the most part to meet the standards, but the publicly operated facilities did what unsupervised public agencies tend to do – failed on a massive scale.

At least 20 of the 27 don’t comply with federal law concerning how landfills should operate. According to a report from Puerto Rico Limpio, an activist group, the landfills don’t restrict access, which means people dump whatever they please – from toilets to toxic materials to leftover food.

They also don’t put plastic liner between the trash and the ground. They leave huge piles of new trash uncovered. They don’t monitor methane gas releases or leachate that could leak into nearby waters and threaten the water supply.

The EPA receives reports each year on the condition of Puerto Rico’s dumps. Those reports started at “imminent and substantial threat” and have gotten worse from there.

Now, wastewater in the dumps is seeping into nearby lakes when it rains, which has made those lakes breeding grounds for Zika. The government of Puerto Rico is hopelessly broke – it recently had to turn to Washington for financial relief. That leaves only the folks who have promised environmental justice – the Obama EPA.

And how has it responded?

“The EPA knew about the practices in Puerto Rico and hasn’t done anything about it,” said Hiram Torres Montalvo, co-founder of Puerto Rico Limpio (Limpio means ‘cleansed’). “Two-thirds of our landfills operating are totally toxic, and the EPA is doing nothing about it.”

And it’s not just activists. Rep. Luis Gutierrez, D-Ill., who grew up in Puerto Rico, wrote EPA Administrator Gina McCarthy “expressing his concerns about inaction” by the agency and demanding to know what it monitored, what it has done to respond and whether the agency’s enforcement priorities and procedures were different for Puerto Rico than for the states.

Rep. Dennis Ross, R-Fla., accused the agency of “failure” to administer the landfill laws and piling up an “abysmal” record in monitoring solid waste disposal. The agency has acknowledged “landfills in Puerto Rico have not always been closed in accordance with the minimum federal and state regulations.”

It seems to both the activists and engaged members of Congress that Judith Enck, administrator for EPA’s Region 2, which is based in New York but includes Puerto Rico, can’t be bothered. Her response to Ross was a greatest hits of banal bureaucratic blame-dodging. Solid waste disposal “remains an agency priority.” The EPA “shares your concerns.”

And, as for the spread of a deadly disease exacerbated by her agency’s failure to act: “… With respect to the potential for mosquito breeding and Zika transmittal, EPA has recently issued letters to all order respondents requiring that they expand their existing disease vector control efforts pursuant to the orders by developing and immediately implementing comprehensive plans for mosquito control.”

That’s it. A quarter of Puerto Ricans are expected to be infected by the end of mosquito season, and her response is to address the insects, never mind the landfills.

On one level, this is what happens when you treat government as a jobs program. The idea is to make sure people have a job, not that they do a job.

On another, there is the question of the EPA’s priorities. It wants to regulate every puddle in America and every square foot of the West through which the Gunnison Grouse might traverse. But it does not care that Puerto Rico’s landfills go unsupervised, leading to a potentially enormous health crisis.

And finally, there is the question of the people who live near what the EPA refers to in its own files as “unlined open dumps.” Tell me again, Mr. President – or, for that matter, EPA Administrator Gina McCarthy – do these people matter to you? Should you address their concerns?