Brian McNicoll
|
Posted: Jan 21, 2016 12:01 AM
Share   Tweet
The opinions expressed by columnists are their own and do not necessarily represent the views of Townhall.com. 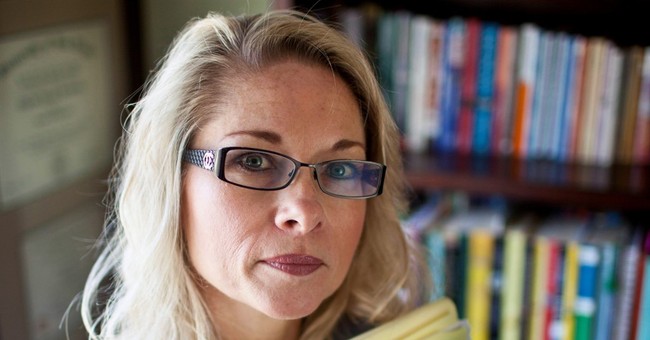 Most on the right already were cheering for Rebecca Friedrichs and her allies in their court case against the California Teachers Association. People ought not be forced to pay to join and support organizations whose politics they disagree with.

But in last Sunday’s Washington Post, Steven Greenhouse, the former labor reporter for the New York Times, shows how this decision could be a true watershed for conservatives.

Greenhouse didn’t mean to do this. He meant to make the case that a ruling for Friedrichs would be a “time bomb” for public-sector unions and their allies on the left and that spillover effects could hurt everyone.

In most states, union members are allowed to withhold the portion of their dues the unions spend on politics. But in more than two-dozen states, workers can be required to pay the unions that bargain for them to cover negotiating costs, even if those workers do not join the union.

Friedrichs claims the negotiating position of her union is itself political in nature, and, as such, she is forced to finance its effort to pursue public policy goals with which she does not agree, such as pushing for tenure and against charter schools and other educational innovations.

Greenhouse, now a visiting researcher at the Russell Sage Foundation, says conservatives on the Supreme Court “gave every indication” during oral arguments that they would side with Friedrichs. If it does, “the high court will deal a punishing blow to U.S. public-sector unions, whose full consequences may become clear only in the next economic downturn.”

The consequences for the unions themselves would come much sooner, he says.

Some members, he said, would stop paying their union dues immediately. Others would then quit rather than pay for something their colleagues were getting for free. And then, when these weakened unions suddenly found themselves up against cash-strapped governments, they would not be able to stop wage freezes and other givebacks – and still others would quit.

This could result in less spending on public services and less need for tax increases, he says. Oh, no.

The result on the education front, Greenhouse says, would be fewer resources for professional development and fewer for “keeping state legislatures from banning tenure or ‘last in, first out’ layoff protections.”

Hard to see anything wrong with any of that. Or of stunting union intransigence on charter schools and other educational innovations.

A lot of questions have been raised in recent years about whether teachers’ professional development is worthwhile, and eliminating government funding for it will ensure the best efforts are kept and the rest rejected.

As for tenure and layoff protections, it’s time we ask why there needs to be a giant one-size-fits-all contract anymore. Teachers should be moving toward an entrepreneurial model, where the best make the most and the worst are forced out. Tenure and last-in, first-out not only go against this, they keep bad teachers on the payroll.

He says a victory for Friedrichs also would mean less spent on benefits and, especially, pensions for government workers. More than a dozen states are in serious financial trouble now because they have over-promised on pensions and benefits to public-employee unions. When Hawaii is closing schools on Fridays so it can afford to pay state and local retirees, as it did in recent years, it’s time for a rethink of public-sector benefits.

Greenhouse says a victory for Friedrichs also would be a loss for private-sector unions and low-income workers as well because public-sector unions fight cuts in food stamps and Medicaid and support candidates for public office of like mind.

“If this ruling goes against labor, it potentially means a lot less money available to unions to spend on things like politics,” Viveca Novak, spokeswoman for the Center for Responsive Politics, which tracks political spending, is quoted as saying in Greenhouse’s piece. “Labor is a big part of Democratic fundraising.”

This is the essence of Friedrichs’ case. She wants out of the California Teachers Association precisely because being a member means supporting political causes and political contract planks with which she does not agree.

Moreover, if the $141 million in political contributions unions make to Democratic politicians dries up, Greenhouse says, those contributions will have to be sought from the investor class, which might shift the party’s priorities.

To his credit, Greenhouse takes care to point out what he considers the benefits of a Friedrichs victory. It would reduce spending on public services, force some efficiency and allow some new ideas to blossom. It also, he says, will force unions to demonstrate their value all over again.

And that may not be a bad thing. Especially if it leads them to look at their members as individual customers rather than as a brute force, iron-clad coalition at the service of political views with which those members may not agree.