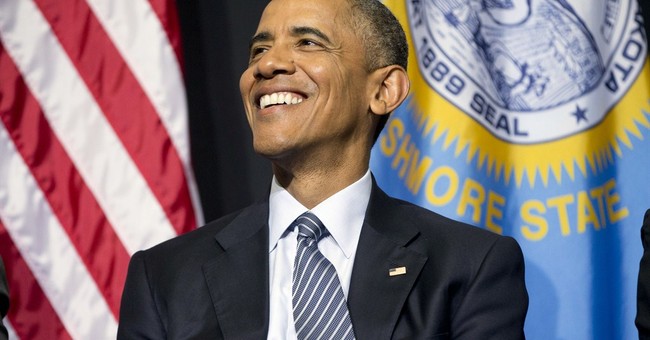 When I came to Washington years ago, I had a revolutionary glimmer in my eye. I hated big government and I wanted to join a political movement to dismantle it.

That was a long time ago, yet sometimes that rage kicks in when I read about the creeping socialism that is slowly destroying America.

The Competitive Enterprise Institute (CEI) put out a study today titled “Ten Thousand Commandments – An Annual Snapshot of the Federal Regulatory State.” The results will make you spitting mad.

The author Wayne Crews, Vice President for Policy at CEI, found that federal regulation cost $1.88 trillion in 2014 in lost economic productivity and high prices. This breaks down to about $14,976 per household and 29% of an average family budget.

Think about it this way. The U.S. economy is expected to produce about $17 trillion this year in output, yet it would be more if the government didn’t hammer the private sector with the hidden tax of regulations. Regulations are exporting jobs from America to countries with fewer regulations.

When left wing millionaire candidates like Hillary Clinton make believe they want to be a “champion” for the middle class, they never talk about taking action to spur economic growth. They dare not talk about reducing regulations and shrinking government. They always play the class warfare card and pit average America against the evil super rich.

Yet what the left-wingers fail to mention that many of these super rich Americans are job creators. They are heroes of capitalism and free markets. The great minds that created Microsoft, Google and Apple are the ones hiring people.

Average Americans should be angry with the super rich people like Hillary and Bill Clinton who used cronyism and elite government jobs to get filthy rich. They should also be mad at the ideology that leads to massive government regulations that export jobs.

Growth of the regulatory state is not a partisan issue. President George W. Bush piled on 62 big-ticket regulations every year while President Barack Obama has hit us with 81 annually.

The Heritage Foundation released a top 10 worst regulations of 2014 and one example shows local government being the bad guy. Number seven on the Heritage list are regulations governing the ride sharing company Uber. “Uber faces significant hurdles as local regulators try to stop its expansion, claiming that the service is ‘unfair’ to the excessively regulated cab drivers.” Uber is an emerging company that has proven wildly successful, so local governments have used government power to protect cab drivers and to deny consumers cheaper transportation options.

Some get it right. The last election cycle, former Speaker of the House Newt Gingrich campaigned on the idea that he wanted to walk into the White House on his first day and sign a repeal of ObamaCare, Sarbanes-Oxley and Dodd-Frank.

Repeal of ObamaCare is something that many conservatives fear that the Republican party in Congress does not have the fortitude to complete. The recently passed Republican congressional budget assumed ObamaCare taxes are going to be collected for the next 10 years. These Republican leaders give lip service repealing ObamaCare, yet they want to keep the taxes so they can claim their budget balances.

Repeal of Sarbanes-Oxley, the law that imposes costly accounting requirements, should also be on the table. A Cato study from 2006 found that Sarbanes-Oxley has imposed an unusually high cost on smaller corporations.

Repeal of Dodd-Frank, the bill that created the job killing Consumer Financial Protection Bureau, would be a true reform. The Wall Street Journal reported earlier this year that Republicans have been rolling back smaller provisions of Dodd-Frank, yet they don’t have the will to repeal the whole thing.

This idea would force Congress to own big regulations. This idea would provide a deterrent to the executive branch to pass on new expensive regulations because if they are too burdensome, they would not have a chance of passing the House and Senate.

The real solution to the problem would be to repeal every regulation on the books and make Congress start over again from scratch. At a minimum, the American people need to pay attention to Congress and make sure they are cutting down on regulations, because they impose a hidden tax on every American.