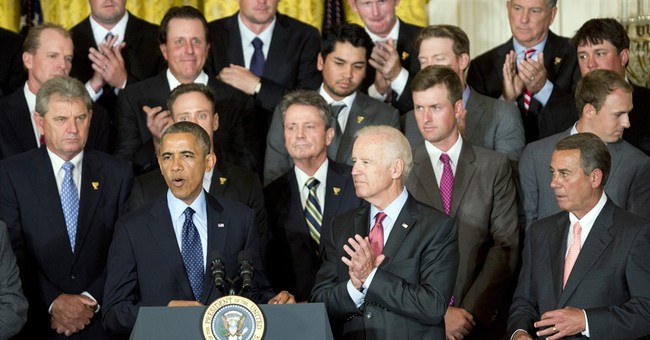 Last week Dan Thomasson, an Op-Ed columnist for McClatchy-Tribune news service, a former Vice-President of Scripps Howard Newspapers, a former columnist at the Washington Times, and a general decorated veteran of print journalism published a long column which was syndicated in many major daily papers. The column, entitled, Shortage of Functioning Brain Cells in Washington, is posed as a veteran newsman’s unvarnished look at the sorry political scene in the nation’s capital today. Mr. Thomasson laments the fact that the “bad week’” experienced by President Obama and House Speaker Boehner is, in his opinion, “…symbolic of the broken Beltway.” Most unbiased observers would agree, at least to a point, with that statement. Very few Americans would argue that our system functions perfectly. A closer look at Thomasson’s column, however, shows that he is actually toeing the liberal-mainstream media line that President Obama is waging a valiant, if understated, struggle against the unholy alliance of the Supreme Court, and the Republican majority in the House of Representatives. That majority is, of course, personified in House Speaker John Boehner. Thomasson uses his bully pulpit as a forum for attacking Republican obstructionism, and Supreme Court legalistic hair-splitting, all dressed up as a supposedly non-partisan look at the last week in Washington.

After stating that both President Obama and House Speaker Boehner had a tough week, the author jumps into the meat of his column. He largely blames the GOP for the President’s woes, and he chides the Supreme Court for adding to Obama’s difficulties. The author mentions the Supreme Court and the unanimous decision ruling that the President could not make recess appointments to offices, when the Senate, which must vote to confirm Presidential appointments, was not in recess. He was referring, of course, to the infamous appointments of individuals to the National Labor Relations Board, while the Senate was still in session a few years ago. Thomasson says nothing about the case exemplifying Obama’s usurpations of power, or the clear fact that he had acted in a cavalier and illegal manner. He simply notes that, “…the President had his knuckles rapped by the Supreme Court…” and notes that a 9-0 decision is exceedingly rare. Thomasson suggests waggishly that this is similar to being knocked on the head by the Chief Justice, with the Associate Justices all waiting in line to take their turn with the gavel.

Thomasson then segues into the fact that House Speaker Boehner has filed suit against the President, arguing that he has consistently overstepped his authority, by-passing Congress, unilaterally deciding to enforce certain laws and ignore others, and imperiously “changing” or delaying implementation of duly enacted congressional legislation. One may also add that the administration routinely refuses requests for information, stonewalls investigations, and defies court orders. Thomasson, however, apologizes for Obama and states, “Never mind that the cement-rooted majority has left a vacuum for Obama to fill.” We see that Mr. Thomasson believes that the Republican Party standing in opposition to Obama’s socialism-lite is the cause of the administration’s lawless behavior, and unconstitutionality must be excused on this basis. The veteran journalist is also implicitly denying the constitutionally mandated congressional duty to inquire as to whether the laws are being faithfully executed.

The author goes on to charge that the GOP has done everything in their power to stop Obama in his tracks. As he states in the piece, “…it clearly reinforces the hard line to do nothing for this chief executive that Republicans have followed almost since Obama took office.” He adds, “…the GOP hard noses…are determined not to budge until after the 2016 presidential balloting.” Someone needs to take Mr. Thomasson back to his elementary politics class. This is a constant in American politics, and probably everywhere else, also. Does Mr. Thomasson remember back in the summer of 2006 when Senator Chuck Schumer, the New York Democrat, circulated a memo to his Party colleagues advising them that they must do nothing to alleviate painfully high gasoline prices, because pain-at-the-pump was the Democrats best hope for a mid-term election victory? (That stratagem worked, by the way!) Secondly, I am sure that most TH readers remember a shell-shocked Republican leadership in late 2008, noting that they were willing to work with President-elect Obama and his overwhelming congressional majorities. The GOP leaders met with Obama in late January of 2009 and asked him what he thought of working together. His response was simple and direct: He said “I Won.” That clarion call stiffened Republican spines.

This attack on so-called Republican efforts to delay, sidetracks, and thwart Obama led to an attack on Boehner, himself. Thomasson argues, not implausibly, that Boehner has been an ineffectual leader. He takes a potshot at Boehner’s swarthy complexion and says that the Speaker has spent more time at the pool and the tanning salon than he has spent in running the House of Representatives. Mr. Thomasson seems to overlook a number of pertinent facts. A House Speaker has to deal with all of the factions in a 435-member chamber. He has rebellious people in his own caucus, who need to be schmoozed, corralled, roped, and branded. He has to meet the opposition in a somewhat friendly fashion, and must chart a course for legislation. The mainstream media cry foul about Republican obstructionism when the GOP unites in opposition to Obama. Why is it not “obstructionism” when no Democrats break ranks and vote, or work with the Republican Speaker? In the common parlance it is obstructionism when the Republican Senators and House members line up behind their leadership, it is however, “progressive leadership” when the Democrats support their President, their Senate Majority Leader, Harry Reid, and House Minority Leader, Nancy Pelosi.

In order to be fair, Mr. Thomasson does admit that President Obama contributes to his own misfortunes. He notes, echoing Dana Milbank, E.J. Dionne and the editorial board of the Washington Post, that Obama spends far too much time playing golf at swank resorts, posing for photo-ops cleverly billed as “meeting the people”, and giving long-winded teleprompter reading sessions, billed as ‘speeches”. Someone in the Democratic Party hierarchy needs to gently remind the President that it is no longer 2008, and that the Obamamania, akin to the Beatles, circa 1964, is no longer working. Thomasson does not really knock President Obama for ignoring the less appealing aspects of his job. He seems to be saying that Obama pursuing fun, frolic, and donations from well-heeled contributors plays into the Republican strategy of making the President seem aloof, disengaged, and too much of a politics-as-usual figure.

Behind this mild nagging of the President and insisting that he returns to the job he was hired to do, via his electoral victories in 2008 and 2012, Thomasson is expressing a growing sense of concern among Obama supporters, the media, and the political left-wing, in general. The initial sense of giddy euphoria surrounding Barack, the Boy Wonder, has long since ceased. Most of the Obama supporters, except for the most serious of the hard core, have come to the realization that Obama, while not an empty suit, is a man of definitely limited skills, and political instincts. He does not like politics, is not used to being questioned, does not appreciate the fact that he must cajole the voters by making his case, and lacks the patience to engage in the nuts and bolts of policy making. The world has seen this many times since 2009, and, while the adoring international media wrote off his early stumbles as a result of Republican dirty tricks, the Edsel-like mistakes such as Obamacare, the public relations disasters like the VA situation, and the examples of criminal activity in the Justice Department and IRS cannot be sloughed off as GOP skullduggery. Thomasson writes, “…the fact remains that the president isn’t really comfortable in the head knocking business of politics.” This is hardly an admission on the author’s part that the country twice elected the wrong guy, but it does show that many professional Democrats and liberals realize that all is not well in their world.

Mr. Thomasson finishes his self-described “rant” by saying that we are stuck with gridlock, because “compromise” has become a dirty word. He urges us to return to the good old days when reasonable Party leaders met, argued, and eventually split the difference. In this fashion, the country “got things done”. We certainly did get things done in terms of creating an ever-expanding welfare state, busting the budget, ruining public education, poisoning civil discourse, and winning many other memorable victories. Thomasson defines “compromise” as the Democrats enacting 80 percent of their agenda, while the Republicans get nothing accomplished, except for possibly stopping 20 percent of the Democrats worst ideas.

Finally, at the end of the piece, Thomasson finishes with a flourish. He states, “I have come to believe the worst day in American history may have been when those patriots dressed up like Indians dumped that tea in Boston Harbor. The act gave symbolic inspiration nearly 240 years later to those who would toss overboard most of the solutions necessary to meet the needs of the 21st century.” So, we see at the end, that this long and rambling discourse of a week in the civic life of America is actually a simple slamming of the Tea Partiers and all of their works. If that was all that Dan K. Thomasson had to say, why did he waste 2000 words on saying it?