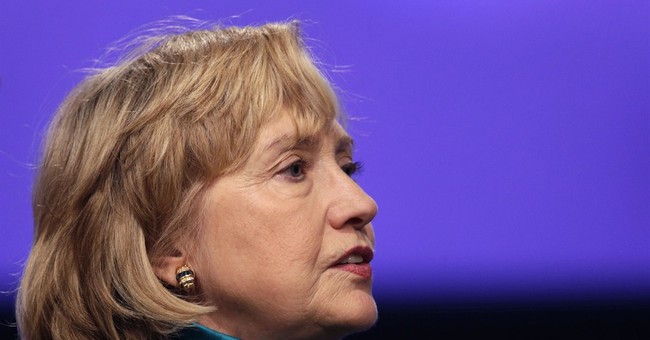 Last week Kathleen Parker, the Pulitzer Prize winning syndicated columnist, weighed in with an opinion on the so-called “Blair Diaries”, the name given to the private papers of Diane Blair, a former political scientist at the University of Arkansas who passed away in 2000. Dr. Blair was a close friend of then-First Lady of the United States Hillary Clinton, who, of course, is now widely considered the odds-on favorite to win the Democratic nomination for the Presidency in 2016. Blair recorded her conversations with Mrs. Clinton, with the understanding that these would be passed to the University as part of her private papers. These papers have been studied and released to the public as a series of articles, courtesy of the Washington Free Beacon, an online news and commentary site.

Blair’s musings include thoughts on the Monica Lewinsky interlude and have been interpreted by editors and reporters, who have concluded that Hillary was a “ruthless” first lady, although most students of American politics came to this conclusion over twenty years ago. In any event, Kathleen Parker enthusiastically enters this fray charging that a double standard is in play here, and, of course, that Hillary critics are guilty of the very grave sin of sexism, when criticizing the former first lady and putative Democratic standard bearer in 2016.

Before we move into the thick of this column a little background is necessary. Kathleen Parker is the columnist who became a household name during the 2008 electoral cycle, so much so that she won a Pulitzer Prize for commentary in 2010. She parlayed this fame into a television gig for CNN in September of that year when she was paired with Client Number Nine, otherwise known as Eliot Spitzer, the former New York governor. The show, which featured the pair discussing the big stories of each week, never caught on and was cancelled after six months. Kathleen Parker returned to her writing and also to her membership in a rather exclusive sorority, namely that of influential Baby Boomer women who always front for Hillary Clinton. This assembly had formed by 1992, when a number of very important media personages like Eleanor Clift and Margaret Carlson admitted that the media went easier on Hillary Clinton than they should have, because they supported her politics. The sorority still exists today with members like Eleanor and Margaret now advanced to founder- emeritus status, and younger folks like Kathleen Parker now in the trenches. At the first sign of trouble for their leader they batten down the hatches and open fire on the enemy. This could be dismissed as a simple act of gender solidarity at work, except for the fact that Ms. Parker and other members of the club have been the harshest critics of Sarah Palin, and the likes of Ann Coulter, as well.

In this developing controversy we can see the “circling the wagons to protect the leader” mentality perfectly. The Kathleen Parker column of last week is proof positive on this point. She questions the propriety of Diane Blair donating these notes at all, and says that a good friend would never do such a thing. As Parker says, “Wouldn’t it have been more close-friendish to wait until all the parties concerned were enjoying the hereafter before publishing notes that could damage the living?” She then concedes that this was bound to have been divulged at some time, but she insists that people thinking Bill Clinton was “slick” and Hillary Clinton “ruthless” was evidence of a tendency to be tougher on Hillary because she was a woman. As Parker phrases it, “Welcome to Double Standards 101.” Kathleen Parker sees the Clinton Presidency as a case study in the peculiar American tendency to judge women more sternly than men.

According to Parker the only victims of the Monica Lewinsky scandal were women. She points out the President left office without much in the way of legal sanction staining his record, although he was impeached, and his reputation was left irreparably damaged. Kathleen Parker insists that double standards and sexism were the reasons that only Hillary Clinton and Monica Lewinsky, herself, were the casualties of the Lewinsky scandals. She goes on to outline a plan whereby Hillary can escape the emerging unpleasantness, and continue with her presidential prospects unscathed.

When we take a closer look at the possibility of double standards being applied to women, this might be true in some instances, but certainly not in the case of Hillary Clinton. A retrospective look at the Clinton scandals of the 1990s shows that Hillary was at the center of nearly all of the Clinton misdeeds, both large and small. The shady business dealings lumped together under the “Whitewater” heading directly involved Hillary Clinton, in her position as the corporate attorney of Madison Guaranty Savings & Loan. She was also involved personally in other Madison Guaranty criminal activities, she ordered the firings of the White House travel office personnel, she directed the obstruction of the investigation into the death of Vince Foster, she was intimately involved in the Rose Law firm billing scandal, and, finally Mrs. Clinton was implicated in the illegal collection of FBI files of perceived Clinton enemies. She also seemed to direct the prevent defense in the middle stages of the burgeoning Lewinsky scandal. The Clinton scandals resulted in prison terms for many of the First Couple’s good friends including David Hale, Webster Hubbell, Jim Guy Tucker, and James & Susan McDougal. President Clinton survived the impeachment, but suffered international ridicule and some political damage. Hillary Clinton, on the other hand, walked away from the imbroglio with nary a scratch on her. On the contrary, by 1999 she was being seriously mentioned as a candidate for the Presidency. Does anyone see a “double standard” here? If there is a double standard, it is one in which a politician mired in scandal, refused to answer questions and generally obstructed justice, but emerged as a credible presidential candidate.

On the question of sexism when dealing with press coverage concerning candidates, we can see that Hillary Clinton uses this to her advantage, as well. There will be no discussion of Mrs. Clinton’s personal appearance during the upcoming campaign. Most male reporters would consider this to be ungentlemanly conduct in the extreme. Female reporters, like Kathleen Parker, are already setting the boundaries by waving the “sexism” wand, hoping to warn their colleagues that they are skating onto thin ice. Perhaps this will be an elevation of our political discourse. Time will certainly tell. Still, there is something of a double standard in play when Chris Christie can be lampooned over his weight, Howard Dean can be criticized over his distemper, and Rick Santorum can be censured for his glum demeanor and none of these politicians cry foul. Likewise, politicians of an earlier vintage had to deal with these assaults. Bob Dole had to deal with the late night comedians calling him a tired old man. Much earlier Abraham Lincoln dealt with personal assaults concerning his unhandsome visage, Theodore Roosevelt endured criticism over his large teeth, and Calvin Coolidge took flak for the fact that he should have taken a Charles Atlas course to build-up his puny physique. One can rest assured that Hillary Clinton will hear nothing concerning age, weight, health and general appearance during the upcoming campaign, lest the ungallant fellows who bring these things up find themselves accused of sexism.

So, what are we to make of this new Clinton “scandal”? We can see, at least in Kathleen Parker’s treatment of the issue, that Hillary Clinton is getting the kid glove treatment, again. We saw all of this back during the halcyon days of the Clintons in the 1990s. The media fronted for Bill Clinton, even after they realized that he was an unprincipled scoundrel and a fraud. When this dawned on the media types they transferred their blind allegiance to Hillary, and they, especially the women, have been touting her as the “inevitable candidate” and the “inevitable president” ever since. It is far too early to predict 2016 with any accuracy but one thing is sure. If Hillary Clinton fails to win the Presidency it won’t be due to double standards, sexism, or little help from a complicit mainstream media.