Obamacare, Eugene Robinson, & the “True Believers” at the Washington Post 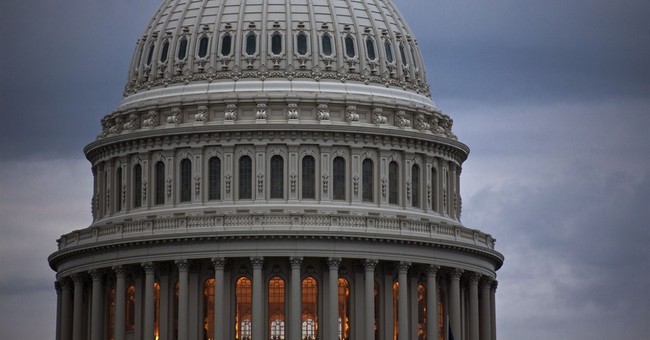 Last week Eugene Robinson, the noted Washington Post columnist, mounted his soapbox and declared that, “…Republicans scream that Obamacare is sure to fail. But what they really fear is that it will succeed.” Robinson arrives at this startling conclusion after imputing low motives to his adversaries, implying that the Republicans will behave like Democrats and put partisan political considerations ahead of the national interest. He peddles half-truths, myths, and falsehoods about the Affordable Care Act and uses these as a means to attack GOP criticism of the law. He falls back on platitudes and clichés about this bill and the great things it will accomplish. At the end, Robinson gives evidence that he is a “True Believer” as Eric Hoffer once termed it, impervious to reason and logic. He has become, quite simply, an unofficial propagandist, shilling for President Obama and his signature achievement.

Robinson launches into his piece, issuing the following bromide: “It (ACA) is indeed an achievement of which the nation can be proud.” He celebrates the provision of the law that allows children to stay on the health insurance policies of their parents until they are 26 years old, and points out that statistics showing that the number of uninsured between the ages of 22-26 has declined slightly since 2009. Regardless of the fact that this may be a reason why companies are dumping full family health care coverage, Robinson and his colleagues seem to prefer a situation wherein young adults are not encouraged to seek self-reliance, but, instead, are now dependent on their parents for an increased number of years. Mr. Robinson goes on to say that the law is already, “Slowing the rise of health care costs to a more manageable rate.” He concedes “Medical costs are still rising at a rate much faster the rate of inflation, but at the slowest rate in years.” We see here that Robinson is admitting that the system is breaking down, but arguing that Obamacare should be credited for keeping a sinking ship afloat a little bit longer.

The reader can point out the obvious wrongs in the Robinson thesis. Has he checked the soaring cost of basic health insurance plans under the exchanges? Robinson and his colleagues at the Post have a good health care plan of their own and don’t have to feel their way through the bureaucratic maze and the tangle of conflicting rules, regulations, and edicts of Obama’s proudest accomplishment. Significantly, Mr. Robinson makes no mention of the increasing number of businesses across the nations that are ending health care coverage for employees, spouses and/or families. UPS, Delta Airlines, Walgreens, and Federated Department Stores have recently announced that they will end, or severely pare back health care coverage for their workforces, due to the costs of Obamacare. Robinson, however, ignores this and also makes no mention of the so-called “49er” companies, which are businesses firing workers so they can get below the fifty employee threshold, where they will be free from Obamacare regulation, and the “29er” workers, who are employees seeing their work hours cut below the thirty hour level, so that the companies can avoid the coming financial and regulatory train wreck. This problem is so serious that organized labor, once among Obama’s strongest supporters, is abandoning him over this issue. In fact, the president of the AFL-CIO has lambasted the President, saying that he is the destroyer of the forty-hour workweek. These inconvenient facts illustrate with stunning clarity the truth that Obamacare is not improving our lives, but since this belies Robinson’s thesis he simply ignores the facts.

When he is confronted with the disproving of his thesis, Robinson simply falls back on platitudes. He parrots the government claims that Obamacare “…will make it possible for up to 30 million Americans lacking health insurance to obtain it.” Similarly, he demonizes the other side of the argument, characterizing the GOP opposition to the bill as “A desperate, last-ditch attempt to keep millions of Americans from getting health insurance.” He adds another zinger: “Do the working poor deserve to have their chronic medical conditions go untreated as punishment for not making enough money?” Finally, concerning Republican opposition to the bill Robinson claims, “…the Republican Party has lost its way, or perhaps, its mind.”

Robinson and many other Obama acolytes are displaying signs of what the working class philosopher Eric Hoffer called the “True Believer” syndrome. Hoffer essayed this pseudo-psychological condition in his 1951 classic entitled, appropriately enough, “The True Believer.” He charted the rise and fall of various mass movements, and the personality types attracted to such movements, along with the way that the followers conduct themselves. Hoffer argued, among other things, that the believers surrender themselves to the movement, and that their lives become inextricably bound up with the movement and the leader. He further argued that the movement elevates doctrine over reason and serves as “…a fact-proof screen between the faithful and the realities of the world.” Finally, Hoffer also stated that the True Believers had to spread their doctrine by persuasion if possible, but by the brute force of state power, if necessary.

We can see a great deal of the Hoffer idea in the conduct of Eugene Robinson and the Obama cheering section here. They so badly want Obama to succeed that they suspend their critical and rational faculties in the face of logical argument. They elevated Obama to folk-hero status while he was an ordinary Chicago area ward-heeler politician, and the True Believers cannot accept the sad fact that the knight in shining armor is unprepared for the Presidency, and is, in fact, in over his head. The believers, instead, proselytize for the leader, ignore the truth, demonize the opposition and threaten dire consequences for the other side come Judgment Day.

It remains to be seen whether the GOP will succeed in stopping Obamacare, although the odds are against them. What is not in doubt is the fact that for the next three-and-one-half years we will see political battle lines drawn over various issues, some of which will be more important than others. Each of these battles will, however, be fought with white hot intensity, because the likes of Eugene Robinson the True Believers at the Washington Post and elsewhere will not have it any other way.