Beyond Winning, Who Can Lead? 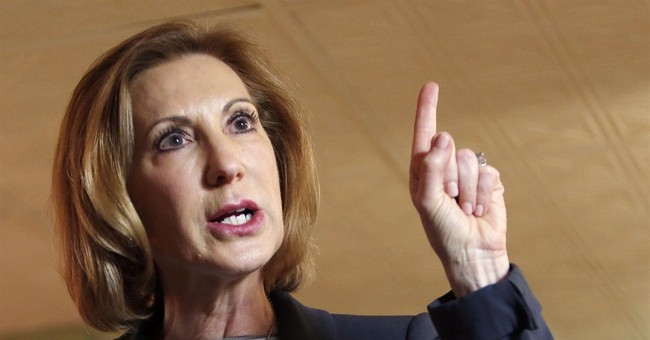 As the ever growing field of GOP presidential candidates storms the country seeking supporters and funds, each contestant has pledged to undo what President Obama has done and has sought to discredit Hillary Clinton’s record and her positions. All well and good; how the GOP candidates would handle the misbegotten policies of their progressive opponents is certainly an important question.

An equally important question is this: How would each candidate treat and lead their own, a restless and oftentimes divided Republican Congress?

One of the themes to emerge from the Obama presidency is the lack of communication and coordination between an inexperienced White House and its congressional allies. Their disunity often produced a dysfunctional and incoherent government. This dynamic led to outright congressional disdain for the president, and encouraged the kind of unilateral executive action witnessed in the president’s immigration plan last November.

Indeed, from the very beginning, the Obama White House charted its own course, relied on the strong-arm tactics of Harry Reid and Nancy Pelosi, and provided an object lesson in how not to lead. For example, in early 2009, Democrats in Congress (and Republicans) wanted the president to address the failing economy. Instead, he pursued health care reform. A few years later, congressional Democrats (and some Republicans, like Marco Rubio) urged the president to push for comprehensive immigration reform. Instead, he pushed for Dodd-Frank.

Now six years into the Obama presidency, his most significant pieces of legislation, Obamacare and Dodd-Frank, are still under legal assault and unpopular. Democrats look back on the early Obama years as a squandered opportunity, which is why many are now flocking to Hillary Clinton, hoping her election would occasion a more common sense Democratic governance marked by better relations between the Hill and the White House.

If the situation were reversed, would the results be any better with a President Rubio, or Paul, or Cruz and a Republican Congress? Don’t bet on it.

As evidenced by their recent failures to unite on DHS funding and immigration/education/entitlement reform, congressional Republicans are notoriously unwilling to march in lockstep. Instead of following John Boehner or Mitch McConnell, many Republicans think for themselves and vote accordingly, even if it results in them bucking a Republican president. During the George W. Bush years, recall that Republicans in Congress frequently said “nyet” to the president on issues such as immigration reform, oil drilling in ANWR, Social Security reform, No Child Left Behind, and TARP.

All of this matters tremendously now, given the personalities and policies of leading GOP nominees. It’s widely known that Rand Paul, Ted Cruz and Marco Rubio aren’t the most popular Republican senators. Each is perceived as a “climber,” predisposed to view their present station purely as a means to higher office. Unsurprisingly, that offends other senators. Now envision those senators are asked by a President Paul, Cruz or Rubio to support a controversial piece of legislation. It’s not hard to see why many Republicans would refuse the offer.

Beyond personality, age and experience matter. A senator who was in office when Paul, Cruz and Rubio were in junior high is unlikely to accord them much deference and respect, especially when each is viewed as having been on the wrong side of critical issues recently, i.e. Paul on foreign policy, Cruz on the government shutdown, and Rubio on immigration reform.

Against this backdrop, are there any current or prospective GOP candidates who might succeed despite these dynamics? Maybe. Carly Fiorina is an accomplished and serious candidate. She has impressed audiences across the country with her policy knowledge and no-nonsense demeanor. Voters and politicians admire wealth and power, so they tend to respect accomplished businesspeople, which bodes well for Fiorina.

Similarly, Jeb Bush is another non-Washington figure whose successes as a governor, education reformer and monster fundraiser command respect, and might auger better congressional relationships than those experienced by his brother and President Obama. Of course, there is potential Bush fatigue, but Bush’s legislative successes in Florida suggest he knows how to work with diverse legislators to achieve common goals. Can Rubio, Cruz or Rand Paul say the same? Not so far.

Prospective candidate Mike Huckabee, with his evangelical charisma and gubernatorial experience, could also succeed because conservatives know he is one of them, but he presents in an affable, “let’s work together” manner. In contrast to President Obama’s “my way or the highway” approach, candidates like Huckabee offering a softer approach might be less inclined to alienate an inherently hostile and suspicious Congress.