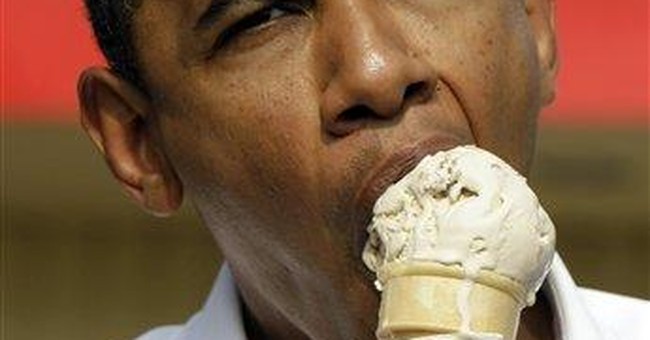 The pomp and circumstance, the fireworks, and the Basil Poledouris-esque coda belong to history and yesterday’s news. Now, it’s time for Americans to consider what Barack Obama actually said during his Democratic nomination acceptance speech and to break apart the “red meat” hidden within the rhetoric. I have some questions for the Obama campaign, and I urge voters to consider them as well.

Obama mockingly referred to McCain's 26 years in the Senate as evidence that he is part of America’s addiction to Middle East oil and part of politics as usual. What about Joe Biden's 30-plus years in the Senate? How exactly does Obama plan on ending Middle East oil dependence within the next 10 years? Might using domestic sources, which Obama opposes, help America achieve such independence?

Obama suggested that he will lower the cost of health insurance while also suggesting that insurance companies will be required to provide insurance coverage to everyone, regardless of condition. How will such a requirement lower insurance costs for everyone, instead of raising them?

Obama says he will bring tax relief to Americans. Could Obama please explain how McCain's proposal to extend the Bush tax cuts, which provide the greatest percentage benefit to lower and middle class Americans, would not provide tax relief, whereas Obama’s proposal to let those tax cuts expire and raise capital gains taxes would? Furthermore, President Bush lowered taxes for Americans in the lowest tax bracket from 15 percent to 10 percent, a decrease of 33 percent. Was he also wrong to do that?

In reference to John McCain, Senator Obama said the following: “If you don’t have a record to run on, then you paint your opponent as someone people should run from.” What exactly is the “record” on which Obama is running?

Obama again proposed eliminating nuclear weapons from the world, something he has suggested on numerous occasions. Is that how we will deter Russia, which he emphasized in his speech we must do?

Last, how many times did Barack Obama utter the phrase “War on Terror”? Hint: one less time than he mentioned keeping toys safe in America.

Americans certainly have a clear choice this election. While Barack Obama’s nomination acceptance speech at Invesco Field was made for Hollywood, voters now need to ask themselves whether it was also made for reality. These questions should help provide the answer.