The Abrupt Shaming of Charlie Rose

Brent Bozell and Tim Graham
|
Posted: Nov 24, 2017 12:01 AM
Share   Tweet
The opinions expressed by columnists are their own and do not necessarily represent the views of Townhall.com. 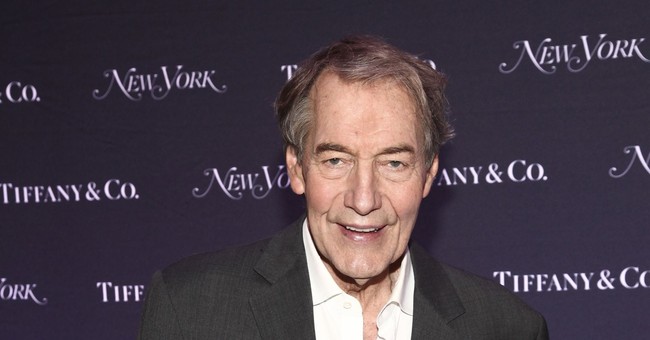 The privileged and prestigious professional life of Charlie Rose came to a shocking end this week. In the latest lurid front-page testimony on powerful men, the Washington Post reported that eight women have accused Rose of brutish and exhibitionist behavior. They said new employees were sometimes rubbed on the shoulders by his "crusty paw," and that he liked walking out naked in front of female staffers. Boom. CBS and PBS abruptly fired him.

This was shocking to people who watched Rose glide along with elites. He seemed to be a courtly Southern gentleman on air. But that turned out to be deeply false. His ego was immense, while his humble, facilitating TV persona seemed the polar opposite of an aggressive questioner like his late "60 Minutes" colleague Mike Wallace.

Rose even let "Full Frontal" host Samantha Bee use him for a satirical skit for TBS last summer titled "What Are You Hiding, Charlie Rose?" The two were in his studio with the typical black backdrop, and when Bee turned on the lights, creepy clones of Rose were revealed to be hiding in the darkness. Her face was horrified as one clone pawed her shoulder.

Perhaps like so many others of the ruling elite, Rose believed he was untouchable. (Apparently, lots of people thought that!) Rose must have believed that anyone he had wronged would never come forward. Even when they did, he insisted there was no "wrongdoing." Like many self-absorbed lechers caught up in this, well, "malestrom," he sounded clueless about his behavior. He put out a statement that included this sentence about his aggressive advances: "I always felt that I was pursuing shared feelings, even though now I realize I was mistaken."

The idea of a 75-year-old man strolling around naked in front of a college-age assistant like he is grade A material is the definition of delusion. He's just a dirty old man. It sounds like someone who always believed the old Henry Kissinger axiom "Power is the ultimate aphrodisiac," or in his case, that sitting and listening to the powerful and stroking their egos on public TV made him irresistible.

Every powerful man who is getting caught up in this wave isn't living by the Ten Commandments but by the "Access Hollywood" code: When you're a star, the women will let you do it. You can do anything.

Charlie Rose exploited women for decades as he produced shows at Bloomberg's TV studio for PBS and hosted shows on CBS. None of those news agencies ever seemed to find any wrongdoing inside their own offices worth reporting. The embarrassment and shame should also be theirs.