Brent Bozell and Tim Graham
|
Posted: Oct 04, 2017 12:01 AM
Share   Tweet
The opinions expressed by columnists are their own and do not necessarily represent the views of Townhall.com. 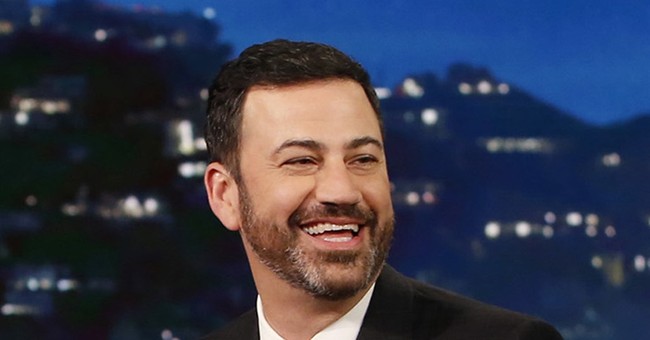 "The deadliest mass shooting in modern American history." That was the summary of the horrific end to the country music festival on the Las Vegas strip, with 59 people killed (as we file this) and more than 500 injured. The early network reports were all news, but everyone knew what would follow immediately: an avalanche of liberal anger that gun control wasn't installed to prevent this from happening.

The spirit of the "fact-finding" and "objective" media elite was characterized in a tweet from Cal Perry, a global editor for digital content at NBC News. "Been a journo for a while now. It has become impossible to report just, 'facts' about gun violence. The fact is America needs gun control."

It's also a "fact" that "truth" has a liberal bias, and the media's job is to deliver that "truth" with buckets full of gusto.

Former NBC anchor Tom Brokaw announced once again it was time for a serious conversation about access to deadly weapons: "I think this is time for a national dialogue that we can have in a calm and reasoned way in which the country can figure out how come we have so many mass shootings in this country," since the killer, Stephen Paddock, had assembled an arsenal of guns and ammunition to mow down innocent people.

That "dialogue" ought to begin by asking these journalists which laws would have prevented these murders. But a dialogue is not what they want. We've been having a dialogue for years and they haven't succeeded. They want a monologue describing just how much gun control we should have.

NBC's Matt Lauer continued the monologue: "Mass shooting is defined as -- what is it? Four people, I think, killed is a mass shooting. And those happen almost every day in this country." Brokaw replied: "They do happen every day, as a matter of fact, Matt."

No. They don't. Not in the way that most Americans understand the term "mass shootings." And any professional, fact-based journalist knows it. Emotions, trumping facts.

For raw avoidance of the facts, there's always the late-night "comedy" lectures. ABC's Jimmy Kimmel, D-Calif., denounced congressional Republicans. He said Mitch McConnell, Paul Ryan and others "who won't do anything about this -- because the NRA has their balls in a money clip - also sent their thoughts and their prayers today. Which is good. They should be praying for God to forgive them for letting the gun lobby run this country because it's so crazy."

Try to find a fact in there. The previous message might as well have been brought to you by speechwriters from the office of Senator Charles Schumer.

In the realm of actual facts, Glenn Kessler, the Washington Post "Fact Checker," set out to analyze Marco Rubio's claim in 2015 after the mini-jihad in San Bernardino that none of the recent mass shootings would have been prevented by new gun laws. Kessler analyzed the 12 most recent mass shootings and their perpetrators and announced Rubio was correct.

Everyone in America mourns these mass shootings. Everyone. But liberals think only they have the compassion and "common sense" to end it. Liberals are furious about this because it demonstrates all their liberal media bias and all their liberal celebrity "consciousness raising" accomplishes nothing.

Share this on Facebook
Tweet
Another Liberal Media Outlet Just Ran a Brutal Story on Kamala Harris
Leah Barkoukis
Wait, the Government Is Now Recognizing Natural Immunity?
Leah Barkoukis
During Dobbs Oral Arguments, Justice Sotomayor Referenced Some of The Worst Pro-Abortion Arguments There Are
Rebecca Downs
Ben Carson Defends The Unvaccinated: 'Last Thing In The World We Need To Be Doing Is Villainizing' Them
Scott Morefield
Not the Bee: WaPo Columnist Cries About How Much Worse Biden's Been Treated Than Trump By the Media