The Culture of Death's Love Story?

Brent Bozell and Tim Graham
|
Posted: Jun 10, 2016 12:01 AM
Share   Tweet
The opinions expressed by columnists are their own and do not necessarily represent the views of Townhall.com. 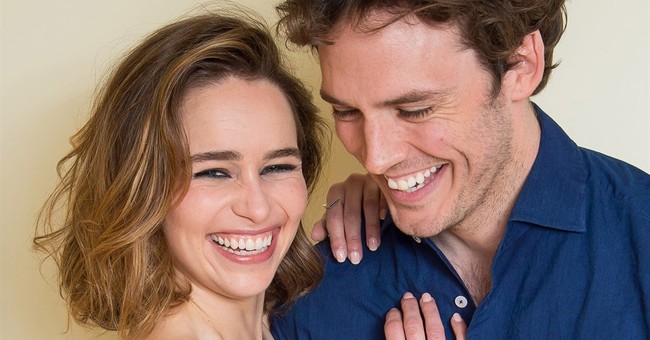 It's maddening to watch a movie trailer resplendent with engrossing and alluring screenshots projecting a terrific flick, only to learn after paying the price of admission that you'd watched the totality of the movie's value. That's not misleading; it's good advertising.

The new movie "Me Before You" looks to be an inspirational love story. A lower-class woman in England is hired to take care of a young man who recently became a quadriplegic after being hit by a car. He inspires her to live a fuller life; she inspires him to find the joys he can still realize from his wheelchair.

That's the commercial, but that's not the actual plot. Spoiler alert: This isn't a love story; it's a story of a man's self-love leading to assisted suicide. Girl meets boy, girl falls in love with boy, girl holds boy's hand as he kills himself.

As Eric Henderson wrote in Slant Magazine, "'Me Before You' is some kind of twisted reversal of those expectations, punking its impressionable audience into believing the lie and then punishing them for their foolishness."

Before the accident, this man was impossibly wealthy and handsome, debonair and athletic. And then came tragedy, and he couldn't accept his new situation. He could only pine hopelessly for the "old me." The title is very apt. He puts himself before everyone else, but imagines his death is a grand act of selflessness.

Advocates for the disabled have been revolted by the plot, which implies that life really isn't worth living from a wheelchair. "Make no mistake: Quadriplegia is hard, and it can be tempting to give up," wrote Ben Mattlin in the Chicago Tribune. "It's a good thing I'm positively bursting with self-confidence and know I do want my life to continue. But how many of those who are struggling to maintain self-esteem, who feel unsure of their right to exist, possess the courage and sheer chutzpah to withstand the invidious message that they're better off dead?"

Mattlin wrote that what he fears about the spread of euthanasia isn't the "angel of mercy" who pulls the plug at the hospital, or the HMO that declines to pay for medications. He fears what happens to the newly disabled person "who will be unduly seduced into relieving their relatives -- and themselves -- of the burden of living with a chronic condition" by movies like this one. It "romanticizes and glamorizes an early exit for those who already feel marginalized, who feel they are living on borrowed time."

The so-called "right to die" movement never takes responsibility for its very real and very dangerous ethics slippery slope, building a cultural expectation that "useless" people will have the dignity to remove their burden from our lives. They're now trying to invent a new word to sell it: "dignicide."

Catholic News Agency blogger Jenny Uebbing pleaded that "Telling clinically depressed, chronically ill, and paralyzed people that their lives are not worth living is a tragedy." She recalled Clint Eastwood's Oscar-winning movie "Million Dollar Baby," in which a "gruff but well-meaning" trainer grants a paralyzed female boxer her wish with a fatal shot of adrenaline. It "sent a depressing message about the value of an elite athlete's life post-major-trauma, but the confused message of 'loving someone enough to kill them' at least wasn't mixed in with romantic love."

For the opposing point of view, see Richard Lawson, the film critic in the appropriately named magazine Vanity Fair. He argued that "Me Before You" "approaches this thorny issue with an honorable maturity and forthrightness" and praised it for "giving us something cozy and romantic -- and, in its own weird way, aspirational."

Suicide is an aspiration? This is the siren song of the culture of death.