Brent Bozell and Tim Graham
|
Posted: Apr 29, 2016 12:01 AM
Share   Tweet
The opinions expressed by columnists are their own and do not necessarily represent the views of Townhall.com. 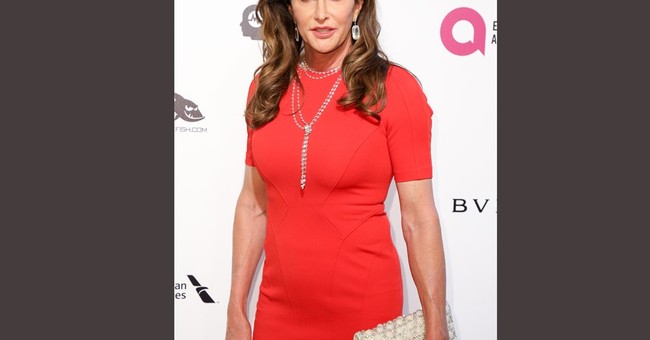 The liberal opinion site that calls itself PolitiFact insists it's just a fact-checking website. When choosing to assess whether a politician's claim is true or false, their "About Us" page says they ask: "Is the statement rooted in a fact that is verifiable? We don't check opinions, and we recognize that in the world of speechmaking and political rhetoric, there is license for hyperbole."

When it comes to humans, there is probably not a fact more verifiable than one's gender. But guess what? On April 26, the website Mediaite carried the eye-grabbing headline: "PolitiFact Rules It's Now Objectively False to Call Transgender Women Men."

The alleged fact mangler was Sen. Ted Cruz, whose recent ad wondered, "Should a grown man pretending to be a woman be allowed to use the women's restroom? ... Donald Trump thinks so." PolitiFact rated that statement "Mostly False."

There isn't "universal agreement," but it's "objectively false" not to call a transgendered man a woman. It's like global warming. Silence, you knuckle draggers!

To use PolitiFact's own terminology, this paragraph is a "Pants on Fire" lie.

This underlines the upside-down absurdity of this debate. Gender isn't simply wished away. Surgeons can amputate body parts, but even then, gender assigned at birth remains a biological fact that can't be overruled by psychological-wishful thinking or political intimidation.

Alex Griswold at Mediaite smelled a rat: If "there isn't universal agreement" among "medical experts," then there's trouble. "I'm pretty sure that when there's debate about whether something is true, you don't state as a matter of fact that it is."

Then, the editors of PolitiFact grew nervous, and actually scrubbed the paragraph with the categorical lie, saying, "a transgender woman is a woman." They noted that Mediaite and other readers thought PolitiFact "made it sound as if there is no public debate over transgender issues or how gender is defined. We did not mean to suggest that, and we have edited our report to more fully reflect that ongoing debate."

They moved to these weasel words: "It's not entirely accurate for Cruz to define a transgender woman as 'a grown man pretending to be a woman.'" But the "Mostly False" ruling against Cruz remained. Not only are they immune to facts; they couldn't even politically play it down the middle and allow any "license for hyperbole."

On so many issues, liberals insist there is no debate and should be no debate, that there is only sense and nonsense; truth and falsehood; and fact and fantasy. When it comes to "non-conforming" to the immutable facts on gender, they are the moral deconstructionists embracing nonsense, falsehood and fantasy, insisting all the sane and sensitive "medical experts" agree with their negation of fact.

No one should settle a political debate with PolitiFact. On this issue, they're simply so liberal they're Politi-False.