About That Campaign to Censor Trump's Comedy Show 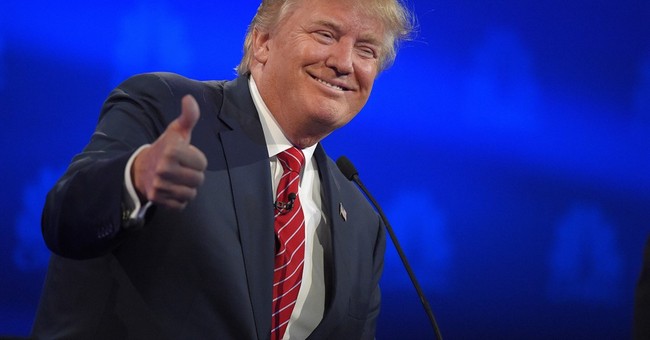 Weeks after NBC granted Hillary Clinton the favor of appearing on "Saturday Night Live," playing a bartender to the actress who impersonates her on the comedy show, the same leftist activists who adored that routine are trying to prevent Donald Trump from hosting the show on Nov. 7.

A group called "The National Hispanic Leadership Agenda" has written a letter to NBC objecting to the booking. MoveOn.org has organized a "Dump Donald Trump" petition drive with hundreds of thousands of leftist signatures. Another petition on Change.org also drew a leftist throng through social media, aided by the hashtag RacismIsntFunny.

The Hypocrisy Caucus in Congress has joined the fray. Rep. Luis Gutierrez took to the House floor to compare Trump to all kinds of racists and "homophobes," saying those people should always be censored or canceled. "You don't deserve, right, to get aired on a program. And people have lost their programs. TV networks and the American public has [sic] said, 'You know what? You're too extreme for us.'"

NPR television critic Eric Deggans openly agreed with Gutierrez on national radio and objected that a "bigot" like Trump would be welcomed by NBC after the network dumped his Miss USA pageant. He lamented the invitation as a failure of NBC to hire enough Latino staffers to lobby internally against it.

"It's hard to imagine [executive producer Lorne] Michaels forcing star Kate McKinnon, who is gay, to perform alongside a guest host with a history of making bigoted statements about gay people," Deggans editorialized. "Or pushing black cast members like Kenan Thompson to yuk it up alongside a celebrity guest who had expressed bigotry about African-Americans."

Even Obama's Federal Communications Commission has gotten into the act, implying that Trump's hosting could violate their "equal time" rules for candidates. "The rules are pretty clear. Rules are rules," FCC Chairman Tom Wheeler told reporters on Oct. 22. "I hope that we have developed a reputation as folks who enforce the rules."

Donald Trump is such a threat he merits federal intervention. Where is the laugh track, if not a bucket of rotten tomatoes? This is the same Obama FCC that runs for the tall grass rather than enforce existing federal law forbidding profanity on broadcast TV. This is an FCC that regularly ignores the petitions of millions of parents - but suddenly is wracked with worry because a couple of leftist groups snap their fingers.

FCC watchers easily admit that equal-time rulings are rarely requested by presidential candidates, and for what? To ensure that all 17 Republican contenders get to host "Saturday Night Live"? Wheeler is merely pushing NBC to back out on Trump. Over the years, the biggest effect of "equal time" agitation has been to convince stations to avoid any headaches by leaving out all the candidates.

These "equal time" rules do not apply to news programming, which is where the vast majority of candidate air time is logged. So you can demand equal comedy time, but not equal substantive time.

Lawrence Lessig, a radical Harvard law professor running a quixotic presidential campaign to draw attention to the notion that Big Money is ruining politics, has already filed requests with a pile of NBC affiliates demanding he receive 3 minutes and 12 seconds of local air time to match the length of Hillary's Clinton's skit on "SNL." Lessig wants that time for a socialist lecture, not to play a bartender like Clinton did. MoveOn.org, Rep. Gutierrez, et al -- where are you now?

It's not likely that NBC will dump Trump, but the effort displays all the usual liberal "free speech for me, but not for thee" hypocrisy. NBC knows it would be buried by public outrage were it to cancel Trump. But make no mistake: They'd cancel him in a New York minute if they felt they could get away with it.