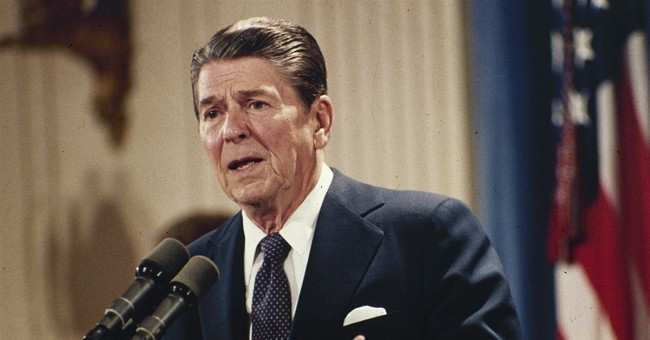 Some years ago we were given the book "Lee: The Last Years," detailing the iconic figure's final five years, after the Civil War. After the Civil War? How could that be of any possible interest? How ironic, then, that this is possibly one of the greatest books ever written about this titan of history; to see how he lived in the shadows after the cannons were silenced is to understand how truly extraordinary he was.

In a sense it's the same with "Last Act." To read about Reagan's final days, his death and his funeral, is to gain a new understanding of the depths to which he touched America's soul.

After spending considerable time at the Reagan Library and conducting interviews with those who knew Reagan best, Shirley presents a narrative about Reagan's heart-breaking descent into Alzheimer's disease and the national mourning that took place after his death on June 5, 2004, 10 years after he wrote the nation about the lonely road ahead.

The book's release is timely. A narrative is emerging suggesting Reagan's disease presented itself while he was still in the White House. The author hotly disputes the notion, now being peddled in Bill O'Reilly's new book "Killing Reagan," that aides pondered removing him from office. Earlier this year, Shirley wrote an angry letter to The New York Times -- which they refused to publish -- insisting that even the Times medical reporter pushing this theory wrote the opposite while Reagan was in office.

Shirley is the Sherlock Holmes of Reagan historians. His research is exhaustive and he delivers great nuggets. There are some eyebrow-raising anecdotes, such as the ongoing sulkiness of Michael Reagan throughout the funeral process.

There are eye-opening new scoops, too. Before the funeral in 2004, intermediaries for Bill Clinton badgered the Reagan camp to get a speaking slot at the funeral. Nancy, recalling Clinton had used footage of the Reagan assassination attempt in an anti-gun commercial starring James Brady during his 1996 re-election campaign, just said no. That didn't stop Clinton from standing outside the National Cathedral and greeting motorcades like "some kind of national game show host."

But our favorite revelation is pure Reagan, in fact something only he would dare do. Deep in the book, we learn Reagan kept a pistol in his briefcase for years after John Hinckley's attempt on his life. He forgave Hinckley ... and he also packed heat. Only the Gipper.

Shirley also recalls the media coverage of Reagan's death. Journalists reflected the public's mood: somber, respectful, even kind, in their coverage of the funeral. The people who gave Reagan two landslides still revered him and the press was most deferential, putting aside political differences.

Or at least that's how the media would like the story told. Shirley insists the record be comprehensive. He does not want history to forget how disdainful media elites were toward Reagan, from the start of his career all the way to reporting his death.

CBS's Morley Safer encapsulated this dismissal when he snapped, "I don't think history has any reason to be kind to him." Indeed, many believe he simply did not deserve the nation's attention.

Then-Philadelphia Inquirer TV critic Gail Shister talked to the Big Three anchormen about "overcoverage" of Reagan -- never a concern when a Kennedy died. Dan Rather proclaimed Reagan's death was "overcovered," while "the reality of Iraq ... got very short shrift this weekend." To drive home the media's dislike of this man, Shirley documents how Rather so inappropriately paraphrased Marc Antony: "I think, by and large, that the good that men do should live after them, and the evil should be interred with their bones."

The best news after devouring this book on Reagan's final years is that Shirley is planning a fourth book on Reagan. With all the dismissive liberal-elite spin from journalists and academic historians, it's refreshing that someone can revere and remember Reagan the way most Americans do.