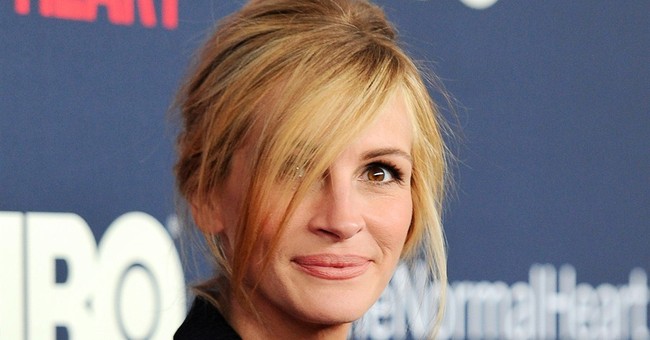 Editor's note: This piece was co-authored by Tim Graham

Hollywood and global-warming panic have always been a natural match. After all, who can tell you better to cut back on your wasteful ways better than a high-flying multimillionaire movie star with the carbon footprint of a Tyrannosaurus rex?

It's never mattered that the stars have all the scientific expertise of Pee-wee Herman. They're just so good-looking and famous, who cares? PBS broadcast a 10-hour series in 1990 entitled "Race to Save the Planet." The show's host was Meryl Streep, who proclaimed: "By the year 2000 ... the Earth's climate will be warmer than it's been in over 100,000 years. If we don't do something, there will be enormous calamities in a very short time."

It's bad enough that they don't know what they're talking about. It's worse that they're sheer hypocrites while preaching their nonsense. A private jet burns as much fuel in an hour as a car does in a year. The 48,000-pound Gulfstream G550, which can fly from Chicago to Rome with 15 passengers, burns through more than 400 gallons of fuel per hour.

Exhibit A is Leonardo DiCaprio, who lectures, "If we don't act together, we will surely perish." Radar Online reported in April that DiCaprio boarded a private jet six different times within six weeks last year. But the charade continues. A partnership between DiCaprio and Netflix was announced in March to create yet another series of propagandist environmental documentaries.

The Media Research Center has a new report on "Climate Hypocrites and the Media That Love Them." Take Julia Roberts, who recently made a video for Conservation International playing a big role: "Some call me nature. Others call me Mother Nature. I've been here for over four and a half billion years. 22,500 times longer than you. I don't really need people, but people need me. Yes, your future depends on me. When I thrive, you thrive. When I falter, you falter. Or worse. But I've been here for eons. I have fed species greater than you, and I have starved species greater than you."

The loathing of the human race is a constant green theme. But it's not hard to find photos of Roberts climbing in and out of private jets. In fact, for a while she even co-owned a private jet.

Woody Harrelson is such a tree-hugger that he told CBC News in Canada that he'd "like to see it get to the point where we never use trees to make paper because to me it's just a barbaric way to make it. ... It'd be nice to just stop using the forest." But at the Cannes Film Festival in 2008, when Harrelson realized that he had left his vegan belt and shoes behind, he had them flown to France from California.

At least John Travolta offers self-awareness, that when he said global warming is a "very valid" issue, he added ""I'm probably not the best candidate to ask about global warming because I fly jets." Travolta owns five jets and has flown tens of thousands of miles in the air. He thinks the answer may be "other planets," a natural suggestion for a Scientologist.

These celebrities don't take tough questions well. When asked about DiCaprio's hypocrisy, actor Mark Ruffalo shot back: "Oh, brother, that is a question you shouldn't be asking here today because that defies the spirit of what this is about." He added that anyone who attacks DiCaprio is "a coward or an ideologue" because "Leonardo DiCaprio's voice carries farther than any one of those politicians, even the president."

If that's true, blame a star-dazzled media elite that never cares one whit about hypocrisy.