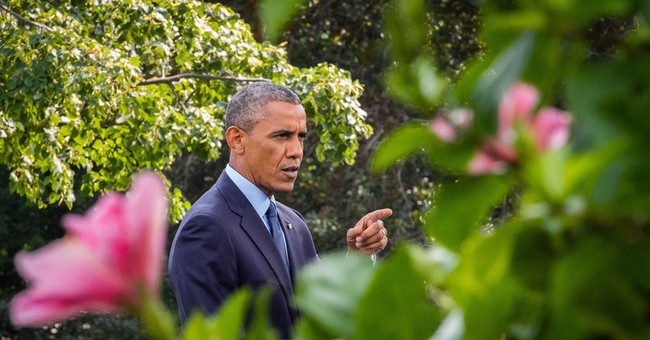 Trending
During the George W. Bush years, network news airtime was loaded with criticism of Bush for every foreign policy development. His policies either caused the crisis or worsened an existing crisis, or, in the case of Iraq, both. Everything Team Bush did was either bumbling, dishonest, blatantly unconstitutional or horrendously costly in lives and treasure.

"Bush lied; thousands died." That was the vile mantra of the ultra-left but never denounced as vile by the news media, perhaps because so many agreed with that sentiment. Bush had ruined America's image in the eyes of the world.

Even when things were looking more positive, the journalists never relented. McClatchy Newspapers demonstrated that ultra-negative bias with this real-but-ridiculous headline: "As Violence Falls in Iraq, Cemetery Workers Feel the Pinch."

Now that President Barack Obama is deep into his second term as president, how the rules have changed. There is no interest in exploring how his policies create crises. There's no appetite for reporting the Keystone Kops antics of this incompetent administration. It doesn't matter that the world now regards this president with greater disdain than what they held for his predecessor.

The media see it as Obama sees it: Foreign policy is a distraction and something cruel imposed on the president. For example, the other day, CNN.com writer Cassie Spodak lamented how "violence erupting in the sky over Ukraine and on the ground in the Middle East set the agenda ... Such buffeting by world events adds to a perception driven by Obama's critics that he lags behind foreign policy issues instead of getting out front."

The CNN headline was: "World events derail Obama's agenda." One could respond flippantly by pointing out that Obama's agenda is limited to golf and fundraising and nothing. Absolutely nothing seems able to derail that agenda.

But there are the serious questions, namely: What is Obama's foreign policy agenda? And is it working? In a Media Research Center study of 15 days of evening news coverage from July 8-23, the networks aired 79 stories, adding up to 169 minutes, on the fighting between Israel and Hamas terrorists in the Gaza Strip. That afforded the networks ample time to explore every facet of the story. But only 45 seconds of that delved into criticism of the administration.

Then, from July 17-23, the three evening newscasts aired 96 stories, lasting 209 minutes, on the Malaysian jet shootdown over the Ukraine. Same story here: just 10 seconds of that coverage included criticism of Obama or his team.

These events -- and the frightening ISIS takeover of a large chunk of Iraq -- cast grave doubts on Obama's foreign policy acumen without the networks allowing critics to speak. The latest Pew Research Center poll in July found that approval of Obama's handling of foreign policy has dropped to 36 percent approval, 55 percent disapproval. But that happens in spite of the networks, not because of them. Imagine what it would be if the networks told the truth.

The network news manufacturers deeply believe in their own power to define the first draft of history, that they have the ability -- even the responsibility -- to carefully burnish presidential legacies or to pound them into dust. Their never-ending kid-glove treatment of this president shows that their goal is not to air a two-sided debate on presidential performance but to spare Obama any criticism, fair or unfair.

It was only five years ago that the networks joined the international left in oozing over Obama winning the Nobel Peace Prize, or "the Olympic gold in international diplomacy," according to ABC's Charles Gibson. The Nobel committee proclaimed, "Only very rarely has a person to the same extent as Obama captured the world's attention and given its people hope." Nobody's flying back to Norway for a re-evaluation.