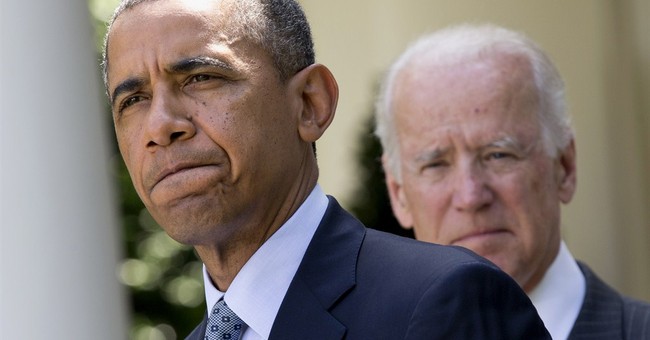 President Barack Obama treats the press like a spoiled child treats his parents. Despite the pampering, he just keeps complaining about them until he gets his way. As America tires of his inflated sense of self-importance while the economy limps and his foreign policy crumbles, Obama travels around the country complaining that the mean old media aren't complimentary enough.

At an event with big donors in May in Chicago, Obama lamented that he -- the very essence of reason and nonpartisanship -- is lumped in with a fanatical Congress in a tale of gridlocked Washington.

"You'll hear if you watch the nightly news or you read the newspapers that, well, there's gridlock, Congress is broken, approval ratings for Congress are terrible. And there's a tendency to say, a plague on both your houses. But the truth of the matter is that the problem in Congress is very specific. We have a group of folks in the Republican Party who have taken over who are so ideologically rigid."

If this speech were a book, its title would be, "I'm OK; You're a Right-Wing Extremist." Try Googling the words "Obama" and "blame." You'll see that everyone else is to blame for inaction, except the supposedly most powerful man in the world.

Last week in a Minneapolis park, he was at it again. "If you watch the news, you'd think, 'OK, Washington is a mess, and the basic attitude is that everybody's crazy,'" Obama told a crowd of 3,500. As he referred to his trumped-up, narrative-pushing photo op with a St. Paul mom trying to pay the bills, Obama lectured: "You don't see that on TV sometimes. It's not what the press and pundits talk about. But I'm here to tell you I'm listening."

This is quite Clintonesque. Every time Bill Clinton got into trouble with a scandal, and there was a little boomlet of media coverage, he would go out and complain about the terrible unfairness to the kitchen-table concerns of the folks, and the reporters would make sure to show him feeling someone's pain. The narrative? "Those right-wing extremists want to obsess about perjury (or giving missile secrets to the Chinese, ad infinitum), but I won't be distracted from the people's business."

Obama is the most pampered president of the television age. If it weren't for these same terrible reporters proclaiming out loud that they were weak in the knees over the sweet sound of his speeches, he wouldn't be president. But he has all the gratitude of a spoiled 6-year-old.

Consider this. From June 1 to 25, ABC, CBS and NBC offered about 198 hours of morning and evening news coverage. In all of that, there were 20 minutes of focus on the IRS scandal, and just 17 minutes and 48 seconds on the failures of the Veterans Affairs health care system on his watch. Each one of those scandals has drawn about two-tenths of 1 percent of the news attention ... and Obama is livid that journalists are scandal-obsessed.

He's trying to intimidate the press -- especially those who are now elbowing their colleagues to hold him accountable for his growing list of fiascoes. How far the spoiled child has fallen.