We're Not All Socialists 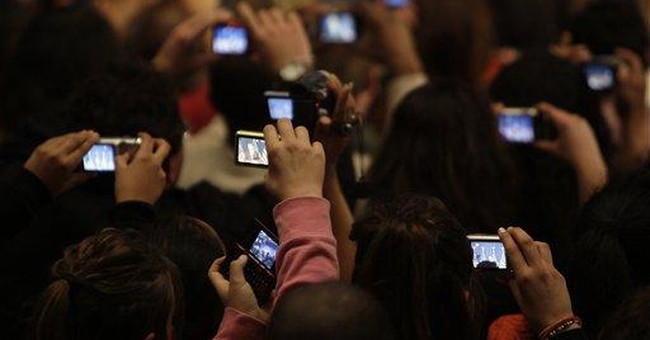 As the Democrat-dominated House and Senate thoughtfully passed judgment on a 1,100-page "stimulus" bill that Sen. Frank Lautenberg admitted no one would read before the vote, the media elite were positively giddy. On the "NewsHour" on PBS, liberal analyst Mark Shields proclaimed, "I think it's a monstrous success" for President Obama. That's correct, with an emphasis on "monstrous."

Our news media have insisted on playing the White House soundtrack on this battle, to wit: The "stimulus" is vitally necessary, and by opposing it, Republicans are risking being flattened by the Great Obama Steamroller. A partisan victory is OK, but they'd much rather the vote for Obama's plans be unanimous.

Why, as Newsweek's cover proclaimed, "We're All Socialists Now." Inside, Newsweek's uber-elitist editor Jon Meacham scolded Sean Hannity and Rep. Mike Pence for stooping to call this Congressional pork-wagon "the European Socialist Act of 2009." Using the S-word in a negative context threatens to doom America to a "fractious and unedifying debate."

Meacham wasn't claiming Hannity and Pence were incorrect. It's that they use this word as a bad thing when they should be celebrating. He insists America's skiing down the socialist slope "toward a modern European state." Moreover, Newsweek asserted the socialism started last fall under President Bush, therefore the GOP should accept it.

The loyal opposition is not supposed to oppose as state power grows out of control. To be truly loyal, the opposition is expected to disappear.

Another sign came on "The Early Show" on CBS. Co-host Maggie Rodriguez was interrogating Republican House leader Eric Cantor about the failure to line up with the socialist Obama Corps: "But, Congressman, it's clear that Americans are begging for help with foreclosures," she pleaded. "Corporations are begging for bailouts. Can the Republican Party accept that there are situations when large-scale government intervention is necessary?"

Cantor was attempting to explain that this monstrous "stimulus" was being pushed through without any Republican input, with virtually no public comment, in a humongous bill no one had even read. But all Rodriguez could do was protest these points as divisive: "But everyone [in the House GOP] opposed it. Why? Where's the bipartisanship?"

The media's drive for full-fledged socialism took a really wild turn on ABC's "This Week with George Stephanopoulos." The former Clinton spokesman actually pressed ultraliberal Maxine Waters from the left, waving around an article by an economist named Nouriel Roubini insisting that we need to nationalize the banks: "Mr. Roubini and others say we're all Swedes now, that we should just do what they did when they faced their crisis. They nationalized the banks and they came out of it OK." We're now not only socialists, we're Swedish socialists.

A few days earlier, Obama head-faked on the we're-all-Europeans line, insisting America's not yet Sweden, when ABC's Terry Moran urged, "Why not just nationalize the banks?" For her part, Congresswoman Waters insisted the drive toward socialism is being slowed by people who are behind the curve: "George, as you know, the word 'nationalization' scares the hell out of people. And so the debate has been opened up now, and that's good."

Once the "stimulus" bill passed, ABC helpfully aired pictures from a photo album the White House issued to mark Obama's skillful leadership moves. Subbing as anchor of ABC's evening newscast, Diane Sawyer praised Obama for serving cookies to Republicans: "I want to show everybody at home, because there is the president, it's Super Bowl night, and he's serving cookies to congressional leadership in the White House screening room." On cue, George Stephanopoulos picked up the syrupy narration: "These are just remarkable, Diane. We've never really seen anything like this before in real time."

If ABC and George Stephanopoulos were interested in dispelling the notion that George is taking dictation from his daily buddy-buddy phone calls with Obama chief of staff Rahm Emanuel, it's not showing up on the air. When you can glorify Obama for offering Republicans a cookie, and suggest it's unprecedented, as if no previous president, Republican or Democrat, had ever tried to entertain the opposing party, viewers cannot trust you as a careful keeper of the historical record. They can only suspect that you're going to offer them a poorly disguised campaign commercial.

A crucial part of Obama's "monstrous" success in ramming this partisan gravy train through Congress is a committed throng of Kool-Aid drinkers in the press who will greet every new socialist legislative ploy as a work of genius worthy of a Nobel Prize in economics.

The only ones Obama couldn't count on here were the obstreperous people who dared to insist they were not socialists and those cantankerous trouble-makers who insisted that maybe Congress should read a bill before it passes -- especially when it's the single largest expansion of government control in the history of the Republic.

Despite Terrible Inflation Report, Biden is Moving Forward With Big Spending Plans
Katie Pavlich
Here's What's At Stake If Smith and Wesson Loses Its Case Against New Jersey
Matt Vespa
The Latest Leftist Takes on the Iron Dome Are Quite Something
Katie Pavlich
Whitmer Moves to Shut Down Canadian Oil Pipeline. The Company Is Having None of It.

Here's What's At Stake If Smith and Wesson Loses Its Case Against New Jersey
Townhall
'Our freedoms do NOT belong to you': Hillary Clinton just absolutely REKT for sending completely tone-deaf tweet on vaccinations and LOL
Twitchy
'Antiracist' Doctor Finds Little Sympathy After Rant on White Woman Who Asked if She Was a Retail Clerk
Redstate
The COVID-19 Test No One Is Talking About: Make Sure Your Children Have It Before They Are Vaccinated
PJ Media