Brad Slager
|
Posted: Feb 16, 2021 12:01 AM
Share   Tweet
The opinions expressed by columnists are their own and do not necessarily represent the views of Townhall.com. 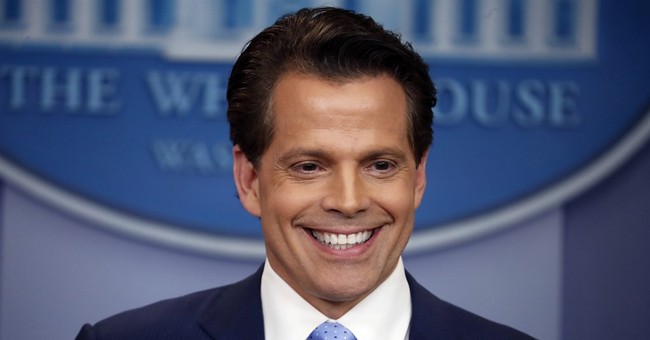 Not even a month into the new administration and already the press has a scandal to whitewash so Joe Biden’s tenure can be dubbed ‘’scandal free.” T.J. Ducklo, the Deputy Press Secretary, had a whirlwind week conclude with his resignation on Saturday. That much of this unspooled during the media vacuum of the weekend means it tamped down some of the press hysteria, so Joe Biden can take some comfort -- if he even noticed. As we will see, that is one of the questions.

What played out over the course of a day or so exposes a contradiction to what we have been sold by the media regarding this administration, and specifically their press office. We were told these were noble professionals of the highest character who would have truth and transparency as their priority. We also were served glowing reports of an administration that was well run, and how Press Secretary Jen Psaki was so skilled that she may be overqualified for the position. Surrrrrre.

Ducklo’s downfall began last weekend when those invasive journalists began sniffing around the life of the press office’s second-in-comman. Ducklo has been in a relationship with a reporter from Axios, Alexi McCammond. While it has become all too accepted that media members are co-mingling with officials these days, McCammond was a member of the press pool during the campaign and was assigned to the administration after the election. So yes, their relationship was going to be newsworthy.

Politico was breaking the story on Tuesday, so the administration decided to get in front of the release and control the narrative. The press office arranged for People Magazine to run a gushing feature on the power couple, swooning over their shared dog-walking commitments and other gossip-level details of their life. For a time it looked like the administration had blunted any serious fallout, but it turns out behind the curtain things were far less frothy and joyous.

On Friday Vanity Fair ran a feature detailing what transpired before the stories came out, and it was a disturbing picture of power and entitlement. Politico’s Tara Palmieri reached out to McCammond for comments on the relationship while a male co-writer of the outlet’s Playbook contacted Ducklo, for his impressions and comments. Ducklo later called back, but not to the male writer. He reached McCammond. The details were disturbing.

According to Vanity Fair T.J. began by saying he would destroy McCammond professionally if she went forward with her report, then became crudely personal. These calls initiated on inauguration day, and they kicked off communications between Politico’s management and administration figures, where Ducklo’s behavior was called into question. The administration responded by challenging Palmieri had violated an off-the-record agreement. (She had not, she only informed her superiors about the exchange, something understandable considering Ducklo’s abuses).

Once the Vanity Fair piece came out Psaki gave a rundown at her press briefing and stated Ducklo was placed on a one-week suspension, and would no longer be permitted to work with Politico reporters. Psaki also said Ducklo had delivered a ‘’profound apology’’ to Palmieri, when it was, in truth, as perfunctory and boilerplate as it gets.

This story then went from curious to laughable. The administration was reminded of Joe Biden’s pledge to fire anyone the instant it became known they had been abusive or otherwise unprofessional, and here they were essentially sending a prominent official to detention for a wildly out of line display of abuse. As the story welled up in D.C. on Friday night the White House staff scrambled.

Meetings were held on Saturday involving Psaki, communications director Kate Bedingfield, senior adviser Anita Dunn and Chief of Staff Ron Klain. Notably not involved -- the president himself. The staffers all realized that they were being forced to act due to Biden’s own claims, and they were going to appear even more inept if they just stood with this result. Ducklo would need to step down.

Even with this conclusion, you get a sense of the inability of the White House officials to make a decision. As the Washington Post laughably describes it, ‘’While he wasn’t forced to resign, one person close to the situation said that “we would not have accepted any other outcome.”

While most of this story amounts to palace intrigue what it does reveal is something we have seen of Jen Psaki’s performances at the press briefings. The insistence by the press that she is a highly-skilled press officer has been challenged by many of her slip-ups and a preference to deflect and talk around answers. Many times she has been shown to be unaware of major decisions in the administration

They want so desperately for her, and the administration, to be polar opposite of the combative tone from the Trump years, yet we have seen Biden lash out at the media, Psaki mocking a journalist over anonymous sourcing, and now the deputy press secretary getting abusive with a reporter. White House upheaval, a staff in disarray, and suddenly a major name is forced out after just days in office. Biden has his Scaramucci moment, and it has not even been one month into the new regime.

Even more telling is the administration showing a willingness to approve of Ducklo’s behavior. Psaki did not take any action regarding Ducklo’s actions until it became a news story. This was not a new revelation that she suddenly faced; Jen was informed of it during her first days in office. Contradicting the sterling image presented not only was T.J. Ducklo permitted to remain in place for weeks, he was not even dealt any punishment over his behavior. Once the news of his relationship was going to break, the administration worked to shield him and wallpaper over any holes in their facade.

This weekend they had to react and make a hasty decision. Then they had to regroup and make another. These are not the actions and reactions of an open and skilled group of cagey pros. These are pedestrian-level politicians who play the typical swamp game and then scramble when the lights are turned on. Roll in that Biden is seemingly out of the loop while his staff turns anxious and you do not have the makings not of political intrigue. This appears to be a D.C. farce.