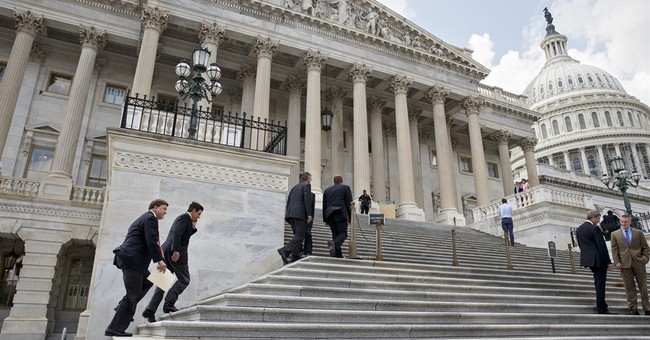 Companies in the United States are now facing more than twice as much litigation as companies in other countries. That’s the disturbing finding of a survey recently conducted by the third-largest law firm in the world.

The firm, Norton Rose Fulbright, which happens to be the largest law firm in the world based outside the US, conducted a poll of more than 800 corporate counsel representing companies across 26 countries, and the results are not good for American companies or the job seekers who would like to work for them.

While the survey is performed to identify litigation trends across the world, what it reveals about America’s addiction to the legal fix should make lawmakers here sick. Nowhere else in the world does the legal system suck as much money out of the production of goods and services as it does in the United States.

It’s not getting any better, either. According to the survey, the number of US companies spending at least ten million dollars a year on their lawsuit budgets soared nearly fifty percent in just the last two years. Fifty percent!

What kind of lawsuits do companies have to spend so much time and money defending? According to the survey, a growing percentage of the legal action against companies is being brought by their own government. Consider this:

“…more US respondents say regulatory/investigations are a top concern compared with the broader sample (48 percent to 39 percent).”

In other words, half of the companies that do business in America are concerned that they’ll be investigated by a regulatory agency. Of course, this is not news to any job providers reading this. However, it may be news to lawmakers who have been elected on job creation platforms across the country because there are so few studies that compare the level of litigation in America with other countries.

In addition, the poll also reveals that:

“personal injury litigation is significantly more prevalent in the US than in other countries, with 21 percent of respondents selecting it as one of the most numerous types of cases they faced in the previous 12 months. That compares to just 15 percent in the survey overall.”

Now, it’s no surprise that the US is the most lawsuit-happy country on earth, but this survey confirms that this problem is growing faster than many have believed. With the US government reporting that the economy slowed to a crawl in the most recent quarter, the last thing job seekers need is companies having to divert precious financial resources from job creation into fighting lawsuits.