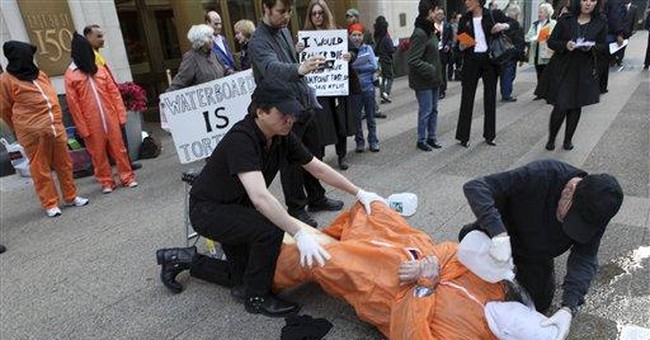 I spent a lot of time watching news coverage of President Obama’s recent speech at Notre Dame. I couldn’t help but be reminded of my sister Terri’s two-week ordeal that took place at the hospice facility where she was killed in March of 2005.

The was so much that was eerily similar—from the amount of media present and the pro-lifers who were there in prayer, to the dozens of people who were arrested for protesting against what was taking place.

Along with so many other Catholics, I found it profoundly disturbing that President Obama was not only invited to speak at a Catholic university but that he was given an honorary Doctor of Laws degree. It was what Vatican official Archbishop Raymond Burke referred to as the “source of the greatest scandal”.

However, just as disturbing to me was watching the Catholic students, parents and faculty praising President Obama by giving him standing ovations for his “can’t we all just get along about abortion” speech.

They seem to have forgotten the president’s extreme pro-abortion record when he was in the Illinois state senate and his already-lengthy actions in favor of abortion as president. His direct assault on the value and dignity of life and human rights runs completely contrary to Catholic teaching.

But that didn’t seem to diminish the red carpet treatment he received from Notre Dame President John Jenkins who invited Obama to speak. It is shocking and disheartening that a Catholic university would show such adoration for a president who has already been categorized as one of the most pro-death politicians to ever be elected to office.

Of course watching and listening to the media’s fawning coverage was just as difficult as listening to Obama himself. Indeed, the media would repeatedly insist that pro-lifers should try and find common ground with Obama’s position on abortion and embryonic stem cell research. It seems that the mainstream media wants to portray conservatives as a group that needs to adhere to the Obama administration’s policies and his vision of “change” or risk becoming extinct. As is frequently the case, they clearly just don’t get it.

Amidst all this media coverage I also reflected on Obama’s position on euthanasia and his offensive remark about Terri during the campaign. Then candidate Obama claimed his biggest “regret” as a senator was trying to stop Terri’s imposed death. This is especially scary because a growing number of health care experts are already warning us that Obama’s new health care plan could potentially open wide the door to euthanasia in our nation.

Make no mistake: President Obama’s position on how we should treat the most vulnerable members of our society is the same for disabled and medically vulnerable people as it is for innocent unborn children. In short, he seems to believe they fall outside the protection our nation offers. This is especially absurd, given his crusade to protect America’s sworn enemies from methods of “torture” (his word) that fall far short of what happens during an abortion or a euthanasia death by dehydration and starvation.

This same man who advocates unlimited abortion throughout all nine months of pregnancy and regrets trying to save the innocent from a horrifying death by dehydration is doing everything is his power to protect the “rights” of the most merciless terrorists in our custody. His administration has even expressed outrage that caterpillars were put in a room with a terrorist as a form of torture. Since the average caterpillar is neither scary nor dangerous, it made me wonder how that would compare to depriving our most vulnerable American citizens—innocent of any crime—of food and water until they dehydrate to death. I find it ironic that he doesn’t seem worried about “regretting” what might happen if any of these terrorists are set free to attack America again.

It was, however, heartening to read of the hundreds of thousands of Catholics (including nearly 100 cardinals and bishops) who did object to the president speaking at Notre Dame and also to see all of the people who showed up to protest Notre Dame’s decision.

Words have meaning and one can only hope that Obama believes in his own rhetoric about change, because if his position does not change with respect to life—and he remains an advocate for the continued death of our most vulnerable—then Notre Dame will be forever associated with giving such a person not only a platform for his position but a prestigious award for it as well. What a badge of shame for a previously great university.