Where Were All the FISA Critics When We Really Needed Them?

Bob Barr
|
Posted: Feb 07, 2018 12:01 AM
Share   Tweet
The opinions expressed by columnists are their own and do not necessarily represent the views of Townhall.com. 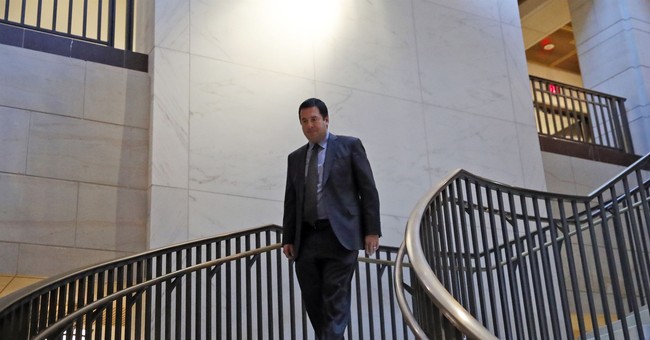 It was to be the “Memo heard round the world”; one that would rival the impact of the “Pentagon Papers” disclosures that ultimately brought down a president in the Watergate scandal. The “explosive” memo was “set to rock D.C.” as headlines screamed, building the anticipation for its release.

Instead, like most “[insert buzz word]-gates” peddled by Beltway bureaucrats and Mainstream Media gossip queens who fancy themselves dramatic and knowledgeable actors on an international stage, the memo came and went, with each side jockeying for camera time to claim its earth-shattering importance or its triviality. Sadly, once again amidst the partisan squabbling, the real point of it all has been largely missed.

Whether the memo vindicates Republican claims that Donald Trump’s presidential campaign was targeted out of partisan corruption, or as Democrats suggest, it is merely a work of political fiction designed to discredit Robert Mueller’s “Russia Probe,” depends entirely on a subjective and political interpretation of the memo’s contents. In other words, those reading the memo for partisan points will extract from it precisely what they wish.  In so doing, however, these readers will miss a far more important – and chilling – undercurrent, with substantive implications considerably more important than who, or which party, wins the next election.

Here is what the “Nunes Memo,” named after its original author, California Rep. Devin Nunes, objectively tells us. The Federal Bureau of Investigation (FBI), using a widely discredited and unsubstantiated “dossier” created for use in the 2016 presidential election against Trump, served as the basis for obtaining a Foreign Intelligence Surveillance Act (FISA) warrant, which gave the agency power to surreptitiously surveil the campaign. Partisan pundits can debate the politics til the proverbial cows come home; but such conversations do nothing to change the fact that federal law currently permits federal agents, in the middle of a presidential campaign and transition, to seek and obtain a secret FISA order apparently based on nothing more than a piece of campaign-opposition research.

Where the Nunes Memo might be short on partisan ammo, it certainly makes up for – in spades – in damning evidence of a Surveillance State run amok; in particular, the FISA process itself. If an unproven piece of campaign propaganda can serve as the basis for a secret surveillance operation against the highest-level opponent of the party currently in control of government power, then clearly we have a serious problem that transcends political squabbling.

If this problem represented a new and unforeseen controversy with which the Congress now had to deal, one might forgive its lack of focus and forethought. But the problem reflected in this “Memogate” is not new; it was not unforeseen; and its impact far overshadows one political party, any individual, or an election.

The controversy reflects a disgraceful lack of concern, understanding and action by the leadership of the House and the Senate, in coming to grips with a fundamental question of civil liberties:  Why does the Congress continue to permit the National Security Agency (NSA), the FBI, and other intelligence and law enforcement agencies, to surreptitiously surveil individuals – pursuant to a one-sided and secret procedure – and gather information that can be used to prosecute American citizens, in complete and utter disregard for the protections against such actions in the Fourth Amendment to the Constitution?

In the aftermath of the memo’s release, Republicans are bemoaning the FISA process that allowed for the surveillance of the Trump campaign and transition, and of individuals connected thereto.  But, where were these critics two months ago?  Where were they just one month ago, when they had a perfect opportunity to rein in FISA; to ensure that its constitutionally-deficient provisions were made subject to our Bill of Rights?

Sadly, the vast majority of Republican members of Congress, including Nunes himself and many of his colleagues now wailing against FISA, were tripping over themselves to reauthorize and in fact expand the law’s reach.  Republican supporters of unfettered government surveillance were joined in that rush to judgment by many Democrats in both houses of Congress, in a bipartisan stampede to protect government surveillance powers from having to be concerned with the “technicalities” of the Fourth Amendment, designed to protect against warrantless and baseless secret collection of citizens’ communications.

At the end of the day – January 19, 2018 to be precise – President Trump joined the Surveillance Club and signed into law a six-year extension (and expansion) of the very FISA powers about which he and his supporters now are so angry.

So please, spare us the false indignation about FISA.  If Republicans and Democrats are actually serious about FISA, they should go back and undo the damage for which they voted less than a month ago; and quit the superficial, partisan theatrics.