Bob Barr
|
Posted: Dec 20, 2017 12:01 AM
Share   Tweet
The opinions expressed by columnists are their own and do not necessarily represent the views of Townhall.com. 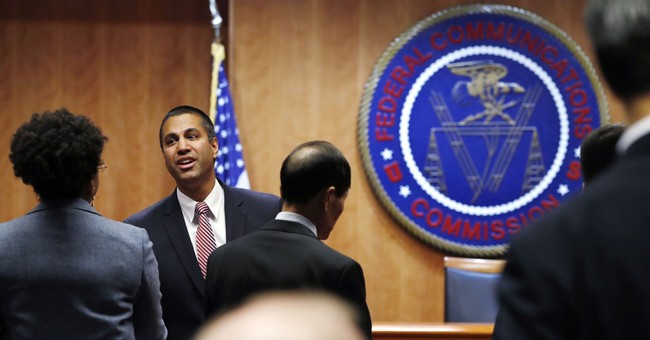 If one was expecting to have a reasoned, adult debate over “Net Neutrality” in the lead-up to the Federal Communications Commission’s vote last week to roll-back the Obama-era regulations, they were surely disappointed. Rather than a logical look at the current state of how the internet works today (much of the anti-FCC rhetoric was not based in such a reality), or even a practical discussion about how the internet has evolved freely and robustly absent of such regulations, most of the “discussion” was a digital shouting match of partisan and anti-capitalism rhetoric. That, and a massive amount of fraud.

As I wrote earlier this month, hundreds of thousands of comments were submitted to the FCC in spikes during the public comment period about its proposal to eliminate the 2015 “Open Internet Order”; and, upon further investigation, were found to have been written not by humans, but by artificial intelligence programs using “natural language generators.” Wired.com reports that “over a third of the nearly 22 million comments that poured into the [FCC] . . . included one of seven identical messages,” and “more than half were associated with duplicate or temporary emails.” Additionally, the New York Attorney General is also investigating reports that as many as two-million fraudulent submissions used the names and addresses of real people, both living and dead, from multiple states in a scheme to sway the FCC’s vote.

In a political environment in which violence and intimidation are now routinely used to push agendas and silence critics, it is easy to write off public commentary “spam” as an annoying, but nonetheless trivial, offense. However, as a former federal prosecutor, the use of fraudulent means to influence government policy is a crime that warrants serious scrutiny from the Department of Justice.

The use of fraudulent comments to sway the FCC easily fits into what prosecutors call a “1001 violation.” According to Title 18, Section 1001 of the United States criminal code, it is illegal to “knowingly and willfully” use “any false writing or document knowing the same to contain any materially false, fictitious, or fraudulent statement or entry.” There is no doubt the use of fake email addresses, other people’s names and addresses, and computer programs to simulate human speech, is such a violation of Section 1001.

I also believe these fake comments qualify under the federal criminal code (Title 18) as wire fraud; specifically Sections 1342 and 1343, in which fraudulent schemes are perpetrated using any form of electronic communication. Add to this if multiple individuals are involved in the fraud, which very easily could be the case, and it would amount to a Section 371 violation for conspiring to defraud the federal government. Depending on what is discovered in the investigation, this could just be the start.

Although initial investigations reveal most spam as favoring the FCC’s decision to rescind the 2015 regulations, there is evidence of massive fraud on both sides of the issue. There is also the possibility that favoring the FCC’s proposed plan was deceptive as well, hoping that it would cast a broad cloud over the entire process, and possibly delay it altogether; a good bet since that was precisely what Democrats in Congress called for when reports first surfaced of the suspicious commentary. It may also be an issue for an impending battle in the Senate over net neutrality, as Democrats attempt to use the Congressional Review Act to stop the FCC’s decision.

This speaks to the point I made two weeks ago. The damage caused by fraud to such a crucial element of participatory democracy – the public’s feedback on rules proposed by an otherwise unelected body of regulators – is very real, and offers government officials a viable excuse to ignore public input, and do as they please. This is unacceptable.

The Justice Department should immediately launch a full investigation into this fraud to discover who are the perpetrators; not only because the crimes are serious, and not just because they threaten to shroud the final net neutrality decision in controversy, but because as long as individuals, groups and organizations feel safe launching campaigns of fraud to influence government officials, the problem will only get worse. And, before too long, the voices of real people, expressing genuine opinions on regulations, will be drowned out and ignored all together by those in power.