Bob Barr
|
Posted: Nov 22, 2017 12:01 AM
Share   Tweet
The opinions expressed by columnists are their own and do not necessarily represent the views of Townhall.com. 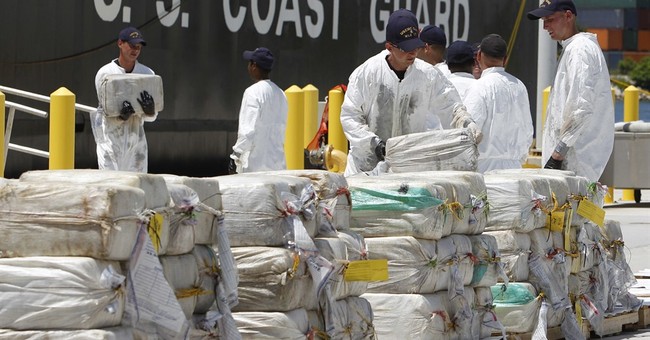 Not that many years ago, the South American nation of Colombia was on the cusp of becoming a failed “narco-state.” With climatic conditions ideal for the growing of coca plants, and with dense jungles providing natural cover for illegal operations, Colombia became an international hub for the manufacturing and export of cocaine. As demand for these drugs grew in the United States from the 1970s on, so too did the violence and corruption of powerful drug cartels as they expanded territory, and battled rivals and the government. By the 1990s, Colombia was regarded as one of the most dangerous places on the planet.

Today, Colombia is far different. Abundant natural resources and a burgeoning economy make it a popular location for tourists and businesses alike. However, this turnaround was made possible only because of an aggressive and innovative foreign aid and partnership program between the United States and Colombia beginning in the late 1990s and early 2000s.  “Plan Colombia” provided billions of U.S. dollars, along with military training and hardware, to the beleaguered South American democracy. This aid, along with a firm partnership between U.S. and Colombian political leaders, had a profound impact on drug violence there, while slowing the cocaine epidemic here at home.

Despite this progress, a new enemy has recently emerged and threatens to undermine years of hard work, and placing thousands of U.S. lives at risk. Shockingly, the culprit is not a new drug cartel, but liberal environmentalists from Europe. It might seem paradoxical that European Leftists could dramatically impact the cocaine epidemic in the United States, but they are doing just that.

A pivotal method for weakening the ability of drug cartels to grow coca, and to manufacture and export cocaine, was glyphosate, more commonly known as the weed-killing product “Roundup.” Sprayed aerially from crop-dusting planes, glyphosate decimated coca production while avoiding deadly conflicts between military patrols and narco-guerillas.

The practice of aerially spraying coca fields abruptly ended in 2015, however, when Colombia’s government caved to pressure from the World Health Organization (WHO), which claimed glyphosate likely caused cancer; despite little scientific evidence backing such claims (a study released earlier this month debunks them altogether). Not surprisingly, cocaine manufacturing in Colombia is making a major comeback, which also has led to a rebound in cocaine use here in America after years on the decline. The U.S. Drug Enforcement Administration (DEA) claims Colombian production of cocaine is “at the highest levels ever recorded… due in part to decreases in aerial and manual eradication”; the result of WHO’s deceitful campaign against glyphosate.

It took only a year for the Colombian government to recognize its grave mistake in bowing to pressure from environmentalists; but rather than going back to the proven successes of aerial spraying, the current Administration in Bogota has taken only half-measures -- attempting to manually spray fields from the ground. This not only means far fewer coca crops can be sprayed, but makes it easier for coca farmers to evade spraying, and increases the risk to those conducting the spraying. Meanwhile, the Colombian government can take credit for a “tough” stance on coca production, but also soak up praise from Leftists, both in Colombia and in Europe, who have long panned the aggressiveness of Plan Colombia, despite its positive results.

For example, Colombian President Juan Manuel Santos recently criticized current anti-narcotics strategies backed by the United States that directly targets coca cultivation, even though just a month earlier, he praised President Donald Trump for supporting Colombia’s efforts in executing those very tactics. It is clear that Colombia is willing to play both sides, if it means gaining kudos on the international level, regardless of the consequences on the ground.

And in Washington, the notoriously short-memoried Congress, forgetting the hard work it took to right the ship, is not pushing back against Colombia’s softening drug policy. Just last week, during Colombian Vice President Oscar Naranjo’s visit to Washington, apparently not a single member of Congress pressured him to restart the aerial spraying program. “We will return to Colombia undefeated,” Naranjo gloated of the lack of any U.S. resistance to (or even interest in) his government’s change of strategy.

While many facets of the U.S. Drug War, specifically interdiction at the border, have failed to make a discernable impact on drug consumption in the United States, our hard-fought efforts in Colombia in disrupting the supply at the source, most certainly did. Unfortunately, without a firm hand from Washington to maintain pressure on the Santos’ government, Colombia will continue to grow more passive with coca production. The result will be a continued surge of cocaine use in the United States, along with deaths from overdoses; and eventually, a resurgence of the cartel-based violence in Colombia itself.

One step to improve the situation would be to make the next U.S. ambassador to Colombia a political appointee by Trump, with a direct line to the White House; rather than installing just another State Department bureaucrat in that key post. This is the only way to demand Colombia’s continued attention, respect and continued cooperation in fighting coca production. Keeping Colombia from a fate it narrowly avoided in the 1990’s is ultimately in the public health and economic interests of the U.S., and it is high time the White House and Congress recognize this.