Bob Barr
|
Posted: Sep 20, 2017 12:01 AM
Share   Tweet
The opinions expressed by columnists are their own and do not necessarily represent the views of Townhall.com. 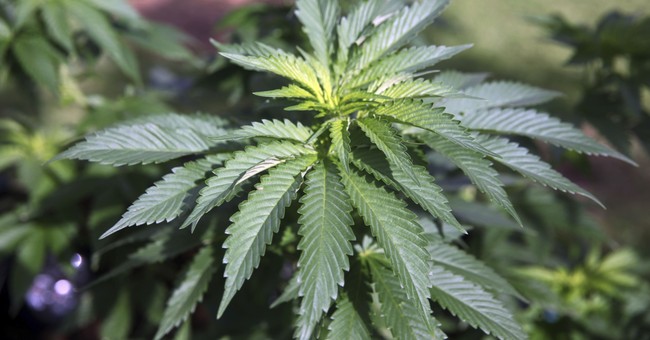 There is a simple, universal elegance to the conservative concept of federalism. When confronted with a governing decision not explicitly addressed in the Constitution as a duty of the federal government – providing national defense, for example – that decision is best left to the states. Not only is this in the spirit of how our Founding Fathers envisioned government in a free society, but more practically, it ensures that people are governed by those who best understand their constituents – local and state officials.  Federalism also protects the rights of states to speak, act, and legislate in a constitutionally-guaranteed and sovereign manner; rather than be subjected to one-size-fits-all solutions peddled by Washington bureaucrats who have long forgotten the constituents who put them there and pay their salaries.

Although many reduce the debate over state legalization of marijuana to personal opinions about individual drug use or its medicinal value, doing so misses the more consequential issue regarding the federal government’s flagrant interference in a state’s constitutional right to self-governance. True conservatives recognize this truth and apply the philosophy to all issues that deal with the intersection of state and federal jurisdictions. There should be no such thing as “selective federalism,” where one supports federal control or state control based solely on what outcome is preferred personally.

Therefore, when it comes to the long-standing dispute over marijuana, amplified in recent years by a stream of states that now have medical marijuana laws (29 plus D.C.), or which have legalized it outright for recreational use (eight), the conservative response should be straightforward -- leave it to the states. Instead, the stubborn determination of Attorney General Jeff Sessions to reassert federal authority over marijuana, despite the changing tides at the state level, has complicated what should be a non-issue for a Republican-controlled Executive branch and Congress.

In the case of marijuana legalization, which in some states came directly through ballot referendums, action by the federal Department of Justice is truly overruling the voice of the American people. Such authoritative action robs states of the power guaranteed to them by the Tenth Amendment to the U.S. Constitution, in favor of keeping the matter in the hands of unelected bureaucrats in Washington.

Despite the anti-federalism push led by Sessions and at least tolerated by President Trump and congressional GOP leaders, some members of Congress seem to be getting the message from their constituents back home and are trying to make it easier for states to explore this new territory.  Fortunately, also, these efforts are bipartisan and enjoy support from the influential Americans for Tax Reform, as well as from the “usual suspects” such as the CATO Institute.

As Jonathan Adler, a constitutional law professor at Case Western University School of Law noted recently, Congress has used appropriation riders to tie the hands of agencies like the Drug Enforcement Administration, preventing the agency from spending money to interfere with marijuana operations in states where it has been legalized. However, such riders are of limited scope and effect. “The fact that marijuana possession remains illegal under federal law has far-reaching implications whether or not the DEA can raid medical marijuana dispensaries,” says Adler. The law professor also notes that a crafty attorney general can relatively easily circumvent appropriations riders. Moreover, Uncle Sam has many other tools available with which to thwart commercial marijuana businesses; including regulations that prevent cannabis businesses from accessing banks and other federally-controlled financial services institutions essential to conducting business in the modern era. Civil RICO laws remain a potent federal threat as well.

The bottom line is, “the only way to protect state-level marijuana reform efforts is to change federal [drug] law,” concludes Adler.

While many politicians run to Washington, D.C. to drink from the “Swamp,” far removed from the kitchen table issues back home, such issues do not magically disappear or decrease in importance. Problems with heroin and opioid addiction, budget shortfalls, and unemployment persist and are left to the responsibility of governors and state officials to resolve. If the people or their elected state officials decide that marijuana reform may help ease these burdens – and states have enjoyed success with these very issues in legalizing marijuana – then it is their constitutional right to explore them. Washington bureaucrats have no moral or legal right to interfere. Trump, Sessions, and other Republicans should know better and would do well to get out of the way and focus instead on truly federal issues (of which there are many).