GOP Move to Expand Genetic Database Must Be Stopped

Bob Barr
|
Posted: Mar 22, 2017 12:01 AM
Share   Tweet
The opinions expressed by columnists are their own and do not necessarily represent the views of Townhall.com. 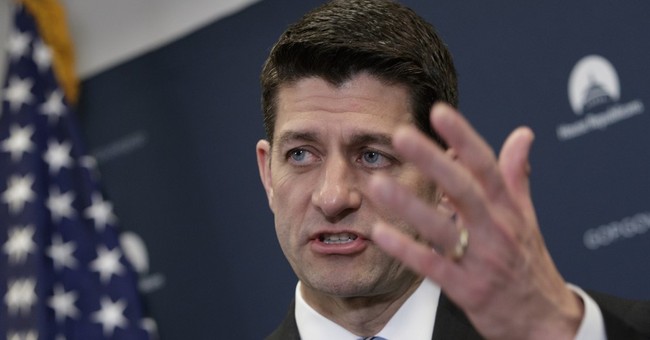 Nothing is quite able to cause that sick-to-your-stomach feeling than that of losing your wallet. Beyond the frustration of losing cash or dealing with fraudulent credit card charges is the feeling of vulnerability knowing your driver’s license, and other deeply personal information is suddenly open to strangers who have no right to such intimate details of your life.

Now, imagine not just losing the contents of your wallet, but personal information so sensitive it could reveal how long you might live, or if your children are at risk of future diseases. Frightening? Yes; and illustrates what is at stake with a bill proposed earlier this month by North Carolina Republican Congresswoman Virginia Foxx.

The bill, H.R. 1313, spun by its proponents as a way for companies to create “voluntary program[s]” for its workers to “reduce health insurance costs and encourage healthy lifestyle choices,” would give employers access to the genetic data of its employees. Companies would also gain power to “impose financial penalties on employees who wanted to opt out,” writes STAT, a healthcare-industry news site. Should the bill pass and be signed into law, workers would find themselves stuck between divulging genetic information to unknowable third-parties, or paying higher insurance premiums than others who are less concerned with their personal privacy.

Thankfully, Health and Human Services Secretary Tom Price immediately recognized the fundamental defect in the legislation proposed. “I’m not familiar with the bill, but it sounds like there would be some significant concerns,” Price told NBC’s “Meet the Press” in an understatement. Price’s natural instinct as both a Republican andaphysician, is to protect privacy; the same, however, cannot be said for the 22 Republicans on the Committee on Education and the Workforce who voted in favor of the bill.

As a supporter of free markets, I believe private companies should have broad autonomy in how they conduct business, including their human resources policies for employees. However, such autonomy cannot be without limits; individuals have rights, too, which must be protected. In the past, Republicans have drawn this line at the protection of such privacy. So, when it came to protecting an employee’s right to withhold the most sensitive personal information possible from his employer without punishment, versus creating “wellness programs,” voting down another blow to personal privacy should have been a no-brainer for Republicans.

Instead, they did just the opposite; underscoring a disturbing trend among today’s congressional Republicans of not only showing a lack of interest in protecting privacy, but actively pushing further away from a philosophical tenet the Party once considered sacrosanct.

As technology rapidly advances, we often struggle to keep up with its practical andethical ramifications. Nowhere is this more true than in the field of genetics, especially when its medical advancements bleed into public policy. Instead of thoughtful debate, we are offered spin designed to over-simplify, sanitize, and mask the real issue. Rarely asked are important questions that must be answered before proceeding down a path that can likely never be undone. Questions such as what safeguards are in place to limit access and misuse of genetic data; how long will this data exist in company databases; can other employers check this data when interviewing new candidates; are other insurance companies able to access the data? And, perhaps most importantly, when (not if)the federal government gains access to such information, can and will it be shared with other agencies and governments?

These are not hypothetical questions or ones that can be answered by a single congressional committee, or even in a single session of Congress. As Price implied in his comments, the highly sensitive nature of genetic testing warrants extreme scrutiny. Any attempt to rush into expanding the gathering, use and dissemination of personal genetic information should be quashed as a matter of basic congressional responsibility. The fact that Republicans in the House failed in this duty should set off alarm bells from the ACLU to the American Conservative Union

Perhaps it is the ease with which people can now swab their cheek and mail-in their genetic profile to be tested by some company that has run a bevy of slick television ads to “discover” one’s “ancestry,” that has lessened the significance of sharing such information. Perhaps it is simply another manifestation of the ease with which Americans are willing to surrender information to the government to “keep us safe from terrorism” in the post-911 world. Whatever the reason, it is critical that Secretary Price will use his voice to convince his colleagues – and his boss – to quash this current privacy-invasive move before it gains real traction.