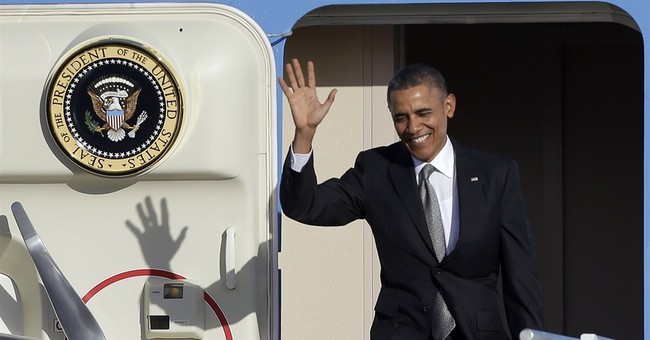 The Hawthorn effect is not just limited to psychological studies. Behavior modification is the hallmark of any “society of fear,” in which citizens live under the constant threat of government surveillance. In an environment where individuals reasonably believe their actions are being tracked, recorded and monitored by government agents, citizens are prone to avoiding behavior that will raise red flags. Using such psychological terror, States are better able to control and minimize anti-establishment behavior, and even undesirable thoughts.

Jeremy Bentham discovered this phenomenon more than two centuries ago in his “Panopticon” study. More recently, as a student of Chicago politics, Barack Obama became aware of the power of fear. In fact, many of Saul Alinksy’s “12 Rules for Radicals” -- the Bible for budding liberal activists such as Hillary Clinton and Obama in their early days -- incorporate the power of fear. Understanding this, it becomes clear why Obama has chosen fear, more so than any other emotion, as his primary catalyst to pass his radical agenda; something that has worked remarkably well for the country’s 44th President.

Following the 2011 “Wikileaks” data breach, Obama implemented a leak-squelching, internal surveillance scheme tabbed the “Insider Threat Program,” designed to turn co-worker against co-worker in pursuing leaks of classified information. According to , there is even a course called “Treason 101,” for employees of the Department of Agriculture and the National Oceanic and Atmospheric Administration, which teaches psychological profiling of would-be whistleblowers. “I’m waiting for the time when you turn in a friend and you get a $50 reward,” national security law attorney Kel McClanahan told McClatchy, referring to Obama’s “War on Whistleblowers.”

This “Obama effect” is not limited to tightly-monitored government employees. Fear and intimidation techniques are employed by the Administration against the private sector as well. The Obama Department of Justice, for example, seized the phone records of the Associated Press, digitally stalked Fox News correspondent James Rosen, and is thought to be behind hacking the computer of CBS reporter Sharyl Attkinson – actions precipitated by media stories challenging the Administration. Making this even more sinister, all these steps occurred while the Internal Revenue Service was intentionally targeting anti-Obama activists with tax audits, and applying unprecedented scrutiny in approving the nonprofit status of Tea Party-affiliated organizations.

The federal government is not alone in its use of fear to enable the Hawthorne effect. Local and state governments also rely on the threat of Big Brother to engineer “better” citizens. Several states across the U.S. are looking at “black boxes” in vehicles as a solution to road congestion and taxation -- a strategy backed by the U.S. Department of Transportation. While state and federal officials laud such devices as a more “accurate” way to tax road use, privacy advocates see the insidious social engineering behind this plan. If a driver is constantly aware his or her behavior behind the wheel is being recorded -- and, given what we know about government, reasonably assumed to be transmitted back to the DMV or the driver’s insurer -- that driver likely will modify his behavior to please anonymous government “watchers.”

This is the Obama Fear Effect in everyday application. Citizens are afraid to speak, act and think freely. They fear having their computers hacked by government bureaucrats and lawyers, being audited by the IRS, or even being ticketed for rolling through a stop sign one midnight months ago. So, to avoid making trouble, citizens opt to “be on their best behavior” with government officials.

A truly free society exists only when citizens have a reasonable expectation they are free to live their lives without the fear of unwarranted interference from the authorities.

Unfortunately, in today’s society, there is a growing expectation that is quite the opposite -- that we are, or soon will be, the victims of government targeting, for either personal or political motives. This is exactly what Dan Bongino, a former Secret Service bodyguard for Obama who is now running for Congress, meant in an interview with Glenn Beck when he said, “[i]t’s only a matter of time before someone slaps an email on your desk from 15 years ago… and says ‘look what we got against you.’”

This is the reality of Obama’s new Fear Society, where nobody is safe and everybody is subject to scrutiny; and only those most loyal to the State have the least to fear.