Republicans Accuse Democrats of “Socialism,” but Republican Bailouts-Without-End are as Big Government as it Gets 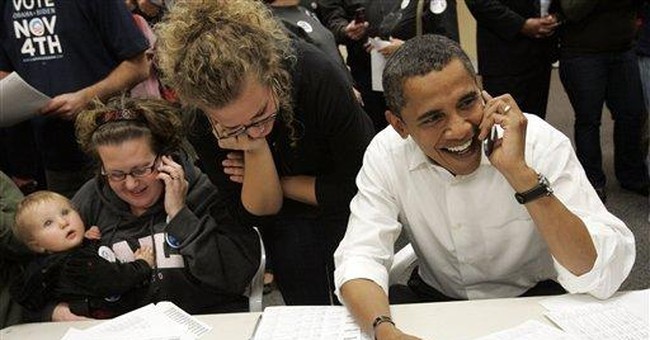 Sen. John McCain accuses Sen. Barack Obama of being a “socialist,” but it is President George W. Bush, supported by Sen. McCain, who has done the most to socialize the U.S. economy. Courtesy of the Republican Party, the federal government is set to own a sizeable chunk of the housing, auto, banking and insurance industries, as well as pieces of individual companies lining up to sell securities to Washington. Even individual homes, with Uncle Sam preparing to become the mortgage guarantor of last resort, are the targets of nationalization.

What will be left for the next president to socialize?

The Republican Party once campaigned against irresponsible federal spending and government red ink. Then George W. Bush became president. With a Republican Congress, he turned a budget surplus into a half trillion dollar deficit, added trillions of dollars in unfunded liabilities with creation of the Medicare drug benefit, and expanded virtually every federal program, domestic as well as foreign.

How is this different from what the Democratic Party has been promising to do for years?

Only after the Democrats retook control of Congress did President Bush suddenly become concerned about fiscal responsibility. But that lasted only until the subprime mortgage crisis enveloped Washington. Taking its cue from Democratic tax and spend policies of the past, the administration then opened the Treasury doors to all comers.

So far, the Bush administration, Congress, and Federal Reserve have provided more than $2 trillion in bailouts. Congress got the ball rolling, with an assist from the administration, with a $300 billion bailout of the housing industry. The president even agreed to a multi-million dollar taxpayer pay-off to the left-wing activist group ACORN to grease the legislative wheels.

Then Treasury Secretary Henry Paulson abandoned his contrary assurances and nationalized Fannie Mae and Freddie Mac at a cost of $200 billion, though the price could go higher. Bailouts began sprouting like mushrooms after a heavy rain—$29 billion to cover Bear Stearns, hundreds of billions of dollars from the Federal Reserve to banks and investment banks, as well as to buy mortgage-backed securities, $85 billion to nationalize the big insurer AIG, followed by another $38 billion for AIG and $25 billion more in loans to the auto industry.

Then there was the grand pay-off to Wall Street. Secretary Paulson came up with the wholly arbitrary $700 billion bailout—his aides admitted that he just wanted a really big number. And the administration accepted an extra $150 billion in pork and special tax breaks to win over reluctant congressmen. The purpose, we were told, was to clear “toxic” paper off of corporate balance sheets.

It turns out this was nothing more than another Bush Administration bait-and-switch.

Now the $700 billion is being used to buy up the U.S. economy. First, the administration decided to “invest” in big banks, whether they wanted it or not. The Bush administration put pressure on even sound institutions and argued that bankers must accept Republican socialism as a matter of patriotism. Who knows when, if ever, the government will sell off its stake in America’s financial system.

Then the administration suggested a new $40 billion homeowners program. The federal government is going to start guaranteeing individual mortgages. A lender who makes a bad loan will be assured of repayment so long as he cuts the interest rate or principal. A homeowner who should never have bought the house will get bailed-out by responsible homeowners and renters.

But the administration isn’t finished. On Friday, October 24, the Treasury Department announced that it was going to buy ownership stakes in major insurance companies. After all, the insurers are in trouble too. So The Hartford, MetLife, and Prudential already are in line for a government hand-out.

Now the Financial Services Roundtable has asked the Treasury Department to buy into securities dealers, auto manufacturers, and even U.S. subsidiaries of foreign companies. After all, they “play a vital role in the U.S. economy,” explained the Roundtable. By that criterion, what industry or company doesn’t qualify for a bail-out?

Is Sen. Obama “socialist?” Yes, he wants to “spread the wealth,” as he puts it. But that’s what the Republicans have been doing for the last eight years. We already have "big government," "socialism," or whatever else you want to call it—and it was Republicans who gave it to us.

Even if he was elected, Sen. McCain would continue to this drive to bigger and bigger government: He has proposed that the federal government spend $300 billion to buy every bad mortgage in America. But, he isn’t going to win.

The real alternative this election is Bob Barr and the Libertarian Party. Only a vote for Bob Barr will tell Washington that there are Americans who don’t want socialism, whether from the Democrats or the Republicans. Only Bob Barr represents real change in Washington.