The GOP Wave will Bring Us a Wave of Executive Action 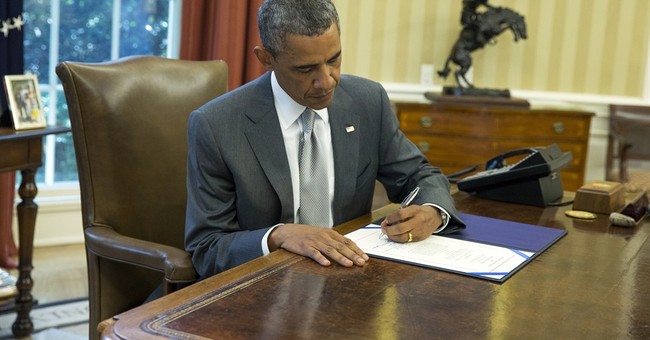 The House Majority Leader, John Boehner, has once again pontificated in his own inimitable style, sans tears. “When you play with matches you take the risk of burning yourself”.

This, of course, was not a warning to all the campers who may be careless with their campfires (gratefully appreciated by Smokey the Bear and Arizona’s Oak Creek Canyon) it was a warning to President Obama about the new power achieved by Boehner, McConnell and the rest of the GOP on November 4th.

The question on everyone’s lips (mainstream media especially) is can the GOP and Obama agree on reform?

The intimation is that the President will acquiesce on all of his so-called achievements over the past 6 years, most notably Obamacare. Good luck with that one!

The real question, which is easily answered, is will HE use, once again, an executive order to circumvent Congress on immigration?

The Republican leaders such as John McCain say that a President’s actions “that grants amnesty to millions of people, …will inflame the entire situation”.

Many analysts believe that Latino voters stayed home due to Obama’s inaction on immigration. Using that rationale what will be their response to an executive order bringing millions out of the shadows into the mainstream? Whether you agree or disagree the genie will be out of the bottle.

Obama said that his executive orders don’t preclude Congress from passing some sort of a bill. However, will Congress dare to take away what has just been granted? Hispanics, a big block of voters and growing every day, would be very upset. The big election is less than 24 months away. Good politics dictate getting there first. Trying to put the illegals back in the shadows would be as easy as putting quicksilver back into a broken thermometer.

Obama will use his executive orders again and again and the least of which will be on immigration. However many still believe that Tuesday’s results will give the 44th an epiphany and force him to spend his last two years skipping down the yellow brick road hand in hand with the Republican tin man, scarecrow and cowardly lion (you decide who is who).