The Ultimate in Hypocrisy 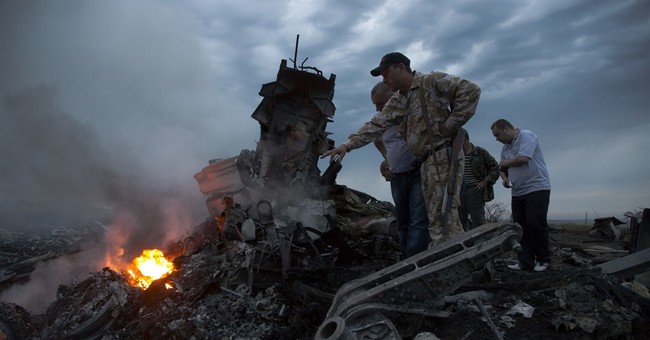 I am a bit confused and hope that long time readers will be able to clarify the situation for me.

My dear friend and neighbor Sen. John McCain emerged, last December, on a street corner in the city of Kiev. He was not standing on his soap box electioneering as there are very few Arizonian votes in the Ukraine. John was urging citizens to become more active in their government if the said elected government did not reject Russian overtures and embrace the European Union.

“So John, what do you mean more active?”

Of course more active meant to take to the streets and with U.S. help form a new government.

Of course U.S. help meant rockets, guns, ammunition, drones, communications and the world’s stage for publicity. Apparently even a false flag slaughter of Ukrainian citizens was approved to spur the regime change process.

This is not something new for the U.S. Over the past several years we’ve been embroiled in the politics of several countries from Egypt and Iraq to Libya and Syria. It really makes no difference if it is a duly elected government or a hardened dictatorial regime. It is our way or the highway. And we do provide the tools to an enemy of the past who could very well be an enemy of the future as long as they are of use for the present.

Historically we would keep regime change tactics behind closed doors. Now both Democratic and Republican politicians debate on CNN how much money, how many guns and what strategies (sanctions) should be given or used to get their guys out and our guys in.

Attention, of course, will be diverted to the shooting down of the Malaysian Airliner. The arming of the secessionists by Russia will be the sole focus of attention. The world will be appalled.

Could it be possible that the death delivering missile was something left over from one of OUR other excursions?

Why was and is there no outrage when our soldiers and allies were killed by the same weapons we had provided to the so-called insurgents? All of this compliments of Senator John and friends.

Good questions but not mine to answer.

My confusion arises from the position taken by Obama and friends that aid given to an insurgent by the U.S. is somehow ethical, legal, moral, and for the betterment of the country and the welfare of the citizenry regardless of how many have to die. Any other country however which embarks on the same path is somehow ripe for sanctions, ostracism, and the full wrath of the United States.

Please correct me if I am wrong but is this not the height of hypocrisy?