The Government Shutdown Needs a Superhero 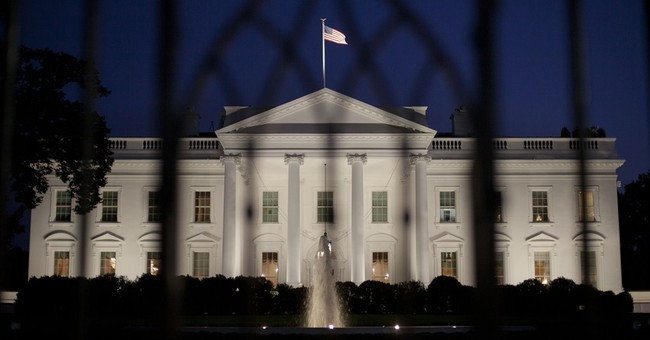 While recently making a morning sojourn to Starbucks for my occasional latte, I decided to add the USA Today (paper edition) to my purchase. The headline said, “Closing time?” So, as I pointed to the headline, I asked the three twenty-somethings behind the counter, “Was this a good idea?”

One responded by saying, “I can always get news online for free.”

“No,” I said, “I’m referring to the closing of the government.”

I saw a glimmer of hope, when apparently the youngest said, “I heard about that.”

Thus, it was time to remove my hat and glasses in order to unveil my true identity: superhero Econ-Educator — that’s two “E’s” (EE) on my chest.

“Okay,” I said, “does anyone think that it’s a good idea to shut down the government?”

“No,” said a Safeway employee who had just joined the conversation, “I think all the money they’ll save will just go to the rich people.”

“Uh,” I responded, “let me be clear, there are two distinct issues, namely the debt ceiling and the federal budget, so don’t confuse the two topics.”

“So, let’s try this,” I said while whipping into intellectual action, as three more customers joined the class, “just imagine a business that has 100 employees, yet can only afford to pay 80 employees. What should the business do?”

“Okay, now we’re getting somewhere,” I responded. “Would any of you shut the business down because you had to let those 20 people go?”

“No,” was the unanimous shout from the class, which had now grown to 12 participants.

“All right,” I exclaimed, “wouldn’t this be a great opportunity to examine the proficiency of your business, and if it was taking three people to do what one employee could do, shouldn’t downsizing two employees be the right thing to do? That’s called productivity, something the government applauds all the time, except when it comes to the government itself.”

“Yeah,” a new member of the class said, “I had a teacher once in college who talked about productivity, but I really didn’t understand the lecture. But what about all those government workers that were let go, what happens to them?”

By this time, the class, which had grown to over 20 people, composed of employees, management, and customers, all looked at each other confused, and obviously had no answer.

So being superhero EE, I decided to close the class by magically illuminating my student’s light bulbs.

“They all could get jobs created by Barack Obama, jobs that are trumpeted by the Bureau of Labor Statistics (BLS),” I stated. “I’m absolutely certain that McDonald’s, Burger King, Starbucks, and Walmart would have positions for all those ex-government employees.” (Of course, not Apple, Inc. or GE, since they essentially only employ workers in China.)

I saw heads nod in agreement, thus giving me cause to believe that my work was done. With my typical attire of hat, glasses, and superhero cape — along with my latte in hand — I went forth smiling. It was another sweet victory for superhero Econ-Educator.