BHO Should Crib From RWR, not FDR 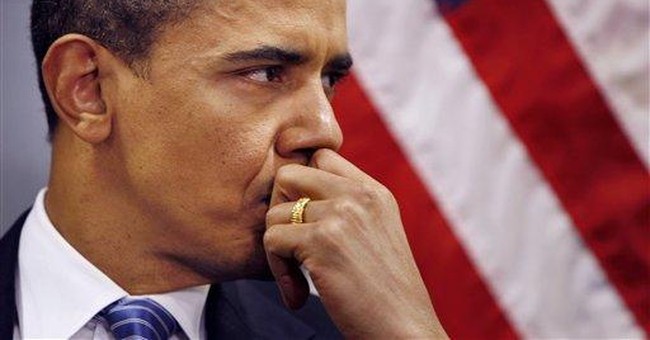 A national crisis -- the bigger and scarier the better -- always provides a good excuse for a leader to grab more power for himself and his political gang or, in the case of the United States, the federal government.

It happened most obviously with Lincoln in the Civil War, with Wilson in World War I and with FDR in the Great Depression.

When each of these crises ended and life returned to normal, as economist Robert Higgs has shown in several books, Washington was left with much more control over our lives than it had before the crisis began.

History - to be more precise, the criminal stupidity and incompetence of the Republicans and Democrats we foolishly elect and re-elect -- has handed President-to-be Obama an economic crisis said to be of Great Depression proportions.

We'll see soon enough how Obama handles our national emergency but, for now, everyone's guessing what he will say or propose in his historic inaugural address.

The rhetoric and delivery are sure to be superior. But when it comes to tone and substance, let's hope Obama doesn't channel his idol, FDR.

On March 4, 1933, when FDR addressed a broken and dispirited country, he and his brain trust did not have a clue what they needed to do to restart America's frozen economic engine -- as they'd prove repeatedly over the next eight years.

Claiming to have divined "the temper of our people," and claiming a mandate from the people for vigorous albeit unspecified action, FDR sounded like a general who had just taken over a country of 130 million slaves:

FDR also sounded an ominous warning in his inaugural that sounds creepy even today.

If the executive and legislative branches didn't work in harmony to fix "the national emergency," he said, "I shall ask the Congress for the one remaining instrument to meet the crisis -- broad Executive power to wage a war against the emergency, as great as the power that would be given to me if we were in fact invaded by a foreign foe."

Let's hope that when he tries to end our current crisis, Obama doesn't take FDR's road to serfdom but the Ronald Reagan Freeway.

Reagan, confronted with far less serious troubles than either FDR or Obama, nevertheless put the blame where it belonged in his 1981 inaugural -- on government.

"It is no coincidence that our present troubles parallel and are proportionate to the intervention and intrusion in our lives that result from unnecessary and excessive growth of government," said Reagan, who was always much more libertarian in rhetoric than in practice.

"In the days ahead," he promised, "I will propose removing the roadblocks that have slowed our economy and reduced productivity. Steps will be taken aimed at restoring the balance between the various levels of government. Progress may be slow -- measured in inches and feet, not miles -- but we will progress.

"It is time to reawaken this industrial giant, to get government back within its means, and to lighten our punitive tax burden. And these will be our first priorities, and on these principles, there will be no compromise."

On Jan. 20, Barack Hussein Obama has the country's permission to plagiarize at will from Ronald Wilson Reagan.