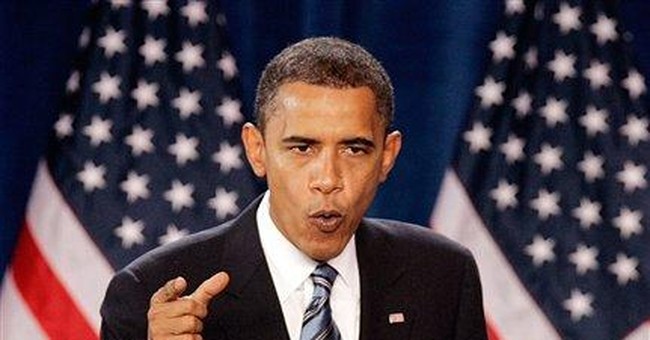 Long before Sarah Palin gave Republicans a reason to go on living, it was a good bet that Barack Obama would not win Pennsylvania in November.

It’s not because Sen. Obama is 50 percent black and Pennsylvania is 85 percent white. Or because, as Gov. Ed Rendell truthfully let slip back in February, some conservative white Pennsylvania Democrats are not yet ready to vote for a black man for president.

It’s also not because Pennsylvania’s population skews too old and too patriotic and John McCain is a 72-year-old war hero. Or even because Obama got caught uttering that elitist cultural slur about small-town Pennsylvanians feeling bitter and clinging to their guns and religion.

Sen. Obama is destined to lose Pennsylvania's 21 electoral votes -- and therefore probably the White House -- because he made one simple but huge mistake in his primary battle with Hillary Clinton here in April:

He didn’t play the “sports card.”

By failing to pander shamelessly to the largest and most important voting bloc in Western Pennsylvania -- white, socially conservative, Reagan Democrat sports fans -- Obama missed a golden chance to endear himself forever to hundreds of thousands of men, women and children in the region who own Pittsburgh Steelers or Pittsburgh Penguins game jerseys.

Obama’s failure to exploit the Pittsburgh area’s sports vote cost him dearly against Clinton. In Allegheny County, where the heavily Democratic city of Pittsburgh is and where about 75,000 blacks live, Obama beat Hillary by 55 percent to 45 percent. But he got crushed by her by roughly 2-1 ratios in the four surrounding counties.

So pay no attention to those presidential polls that now say Pennsylvania is essentially a tossup. Obama is going to lose the state because he’s going to lose big to the John McCain-Sarah Palin father-daughter team in Steelers Country.

Obama could sleep on the 50-yard line at Heinz Field and sing the national anthem at a dozen high school football games for the next seven weeks and it wouldn’t do him any good.

It's game over around here for his Blue team. To Pittsburghers -- who grow up worshipping sports stars, dress in black and gold on Sundays and think tailgating is the eighth sacrament -- Obama, despite his smooth b-ball skills, has become the nerdy guy who bowls like a girl and mis-calls the Penn State football team the “Nittaly Lions.”

Meanwhile, Sarah of Alaska and Western Pennsylvanians fell in love at first sight.

The moose-shooting hockey mom and former basketball starlet – a Steelers fan whose hubby is a he-man snowmobile racer and member of the Steelworkers union -- already has stolen the hearts of local sports fans. Of both sexes.

By the time Election Day rolls around, if she and McCain have been smart, Sarah will have been seen flirting with Steelers hero Big Ben Roethlisberger, skating arm-and-arm with Pens superstar Sidney Crosby and shooting holes through Osama bin Laden targets at local rifle ranges.

Obamaphiles, Hillary loyalists and public school teachers won’t fall for the Republicans' blessed mother. Neither will staunch libertarians, who realize she still is a loyal member of the GOP no matter how much she dislikes earmarks and reveres the Second Amendment.

But local women of a moderate-to-conservative bent who are balancing kids and jobs love Palin because she looks, talks and acts like one of them.

Local men aren't so complicated. They swoon over Sarah because she’s a looker and they are lookists, it’s true. But it’s also because she’s nothing like hard Hillary Clinton. Sarah is nice, normal, unaffected. Plus, they really like girls who like sports and guns.

OK, so maybe Sen. Obama still has a slim chance to take Pennsylvania. Like all Democrats running statewide, he can count on Philadelphia City/County to automatically produce the 300,000- or 400,000-vote margin he needs to overcome the Republicans who dominate the state's empty “T” counties.

Maybe the turnout in Philly and its liberal suburbs will save Obama. But in Western Pennsylvania, Sarah Palin has clearly grabbed the home-field advantage.