Bill Murchison
|
Posted: May 16, 2017 12:01 AM
Share   Tweet
The opinions expressed by columnists are their own and do not necessarily represent the views of Townhall.com. 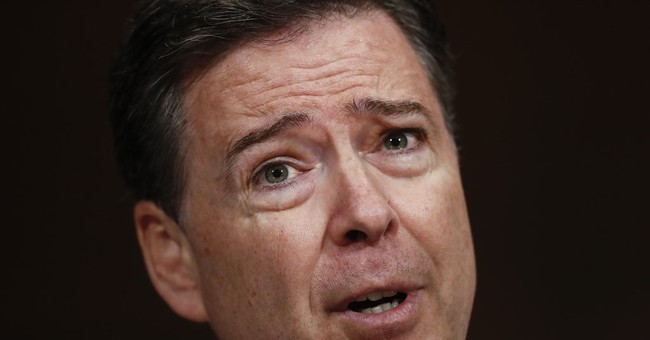 Let us concede that President Donald Trump talks too much and -- maybe especially -- tweets too much.

Let us concede the complexity of his explanation(s) for firing former FBI Director James Comey: Comey was doing a bad job; Trump always meant to; Trump relied on the deputy attorney general's observations, etc., in whatever order you want to consider such rationales.

Let us concede even that Congress, at this stage, can hardly avoid quizzing several low-grade Trump-circle figures as to any business and/or political connections that might, or might not, have involved the Kremlin.

Does it remain logical, sensible and reasonable to pass anguished hands over fevered brows due to cogitation on what we'll likely end up calling Comeygate?

Forgive me. I need a head of romaine from the grocery; my telephone bill just arrived; daily life intrudes. Comeygate? We could say, to the mainstream media, "Give us a break" -- save that the mainstream media view a fox that's just broken cover. Sound the horns! Halloo!

North Korea over the weekend fired another long-range missile. Computers around the planet were breached by hackers. A major health care bill is before Congress. Tax reform needs to be under sail by late summer if it's going to get done. Consider in that context the ouster of a bureaucrat disliked by members of both parties. Do we care? It's never rational not to care a little bit that accusations are afloat in government. Neither can it be rational to go loopy -- as the mainstream media could be described as doing -- over a matter hardly describable at the moment as anything more than a set of political anxieties.

The basic trouble with any storm where we find Donald Trump at the center is that Donald Trump is at the center. We would not go wild over accusations that Mike Pence or Marco Rubio needed looking into for one reason or another. This is part of the cost of installing Trump in the White House -- the sound, the fury, the wind machines of the media blowing constantly.

The media's political anxieties likely need as close examination as the president's antics and eruptions. The media can't seem to give up disparaging not only the president's performance in office but also his moral right to be there in the first place. This is what gives the Russia story its salience -- the suspicion, which never rises higher than that, that somehow the 2016 election was rigged, and that Hillary Clinton, not Donald Trump, belongs in the Oval Office.

You hear manifestations of this mood in the charge that the firing of Comey -- and the consequent stoppering of a Comey-led investigation into electoral corruption, or something -- constitutes an impeachable offense. Is firing a government official serving at the president's pleasure now an impeachable action? The terms of presidential duty are changing faster than the media and the Democrats (those oddly overlapping entities) can invent them.

Now arrives the newest Trumpian "obligation" -- appointment of a special prosecutor to look into the whole matter amid cameras and hearings; and look and look and look, into and well past the next election season. The leader of the Senate's Democrats, Chuck Schumer, getting oilier and oilier with every passing day, talks of scuttling Trump nominations en masse as a way of confronting the scandalous possibility a Justice Department personnel matter should go uninvestigated.

The eeriness of the present moment is palpable, almost. You cannot quite be sure one of our two great political parties is serious about anything but throwing a monkey wrench into the prospects of the other party.

Donald Trump is a case, all right: a case of something previously unseen in our politics and all the more maddening to liberals because that something appealed, in 2016, to enough Americans that it secured his election as president. Pouncing on him for sheer pleasure could yield effects hard to foresee, and therefore all the harder to evaluate and control.

That isn't to rule out principled pouncing, at the hands of principled people. There just needs to be an important principle at stake -- something more than glee and a bit more than self-satisfaction.