Bill Murchison
|
Posted: Mar 15, 2016 12:01 AM
Share   Tweet
The opinions expressed by columnists are their own and do not necessarily represent the views of Townhall.com. 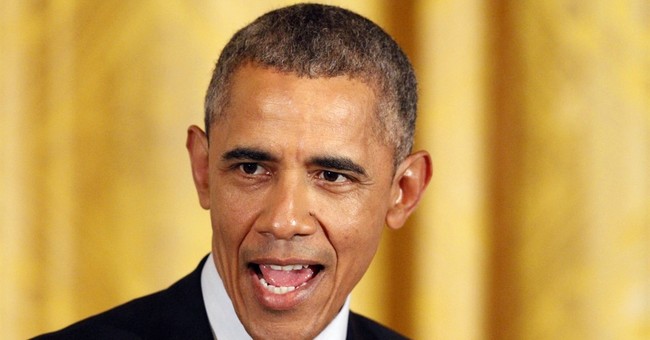 America's moralist in chief dropped by Dallas the other day to tsk-tsk at the tumult and shouting that have come to mark the 2016 presidential campaign.

Barack Obama professed dismay at the "insults and schoolyard taunts" and the "manufacturing (of) facts" marshalled by Republicans questioning his stewardship.

Why, there's "divisiveness" along racial and religious lines, the president said. Children are getting the wrong idea about their country. "They watch the way we conduct ourselves. They learn from us." Their instructors, it would seem, have been flunking their own tests.

The president's remarks in Dallas had been tailored to take into account the disruption in Chicago the previous night of a Donald Trump rally: Left-wing protestors had come to shout, rather than listen to provocations they could have rejected more easily from a barstool.

Tsk-tsk. Isn't it plain, as the president said, "America is pretty darn great"? What's the problem? Shouldn't we perhaps be strewing roses in his path?

Perhaps we should be -- if the benefices we enjoyed under Obamaism were as promised originally, when a new and fearless leader pledged to seek "unity of purpose over conflict and discord."

Whereupon the great unifier, the great builder of national bridges:

--Rammed a health care plan down the national throat, eschewing compromise with opponents, relying on Democratic votes alone to do the deed, railing critics as obstructionists.

--Made, in the process, promises that proved, shall we say, evanescent (such as the promise that you could keep your plan and your doctor if you liked them).

--Threw nearly a billion dollars at the economic crisis without lasting effects on economic growth and prosperity, so that the economy slogs along at substandard growth rates, with workforce participation continuing to shrink.

--Attempted, via executive order, to exempt from deportation as many as 5 million foreigners here illegally. (Federal courts are weighing the constitutionality of the Obama gambit.)

--Hinted that much of the opposition to his plans has a racial foundation.

--Repudiated his original position opposing same-sex marriage; thereafter turned himself into an advocate of LGBT rights, which are to be asserted in the face of federal contractors less persuaded than himself that ancient as well as religious understandings of male-female relationships don't have the old zing.

Barack Obama, in fine, may have turned himself from unifier into the most divisive president since Franklin Roosevelt -- a comparison he might admire in view of his philosophical congruence with FDR and, maybe especially, with the social justice warrior who was FDR's wife, Eleanor.

That's not the point. We elect presidents, most of the time, on account of their viewpoints. Obama is manifestly entitled to his opinions. When those opinions nevertheless diverge sharply from those of substantial numbers of Americans, or call into question his own commitment to the rule of law rather than the rule of the pen and the phone -- there begins the trouble.

The worst of it, at that, may be Obama's tendency to lecture his countrymen in high professorial mode -- as at the Dallas rally. Reasonable people believe as I do! Unreasonable people resist me -- never, or rarely, people with conscientious doubts. Obstructionists, that's what I'm up against: professional sticks in the mud, people who wouldn't like me if I gave 'em a CD of my speeches.

Such is the World of Obama: You're with me or there's something wrong with you. I'm your duly elected president, and I've come to deliver your marching orders. You see, don't you?

Ah, maybe not. The growing public anger to which the president directs our attention has as much to do with Barack Obama as with Donald Trump or Ted Cruz. Incessant moralizing doesn't go down well in a democracy, nor does the habit of reminding others at regular intervals how much more you know than they do.

It is not the kind of point that will likely occur to our moralist in chief, who, fortunately for us all, rarely, if ever, puts a foot wrong. Just ask him.